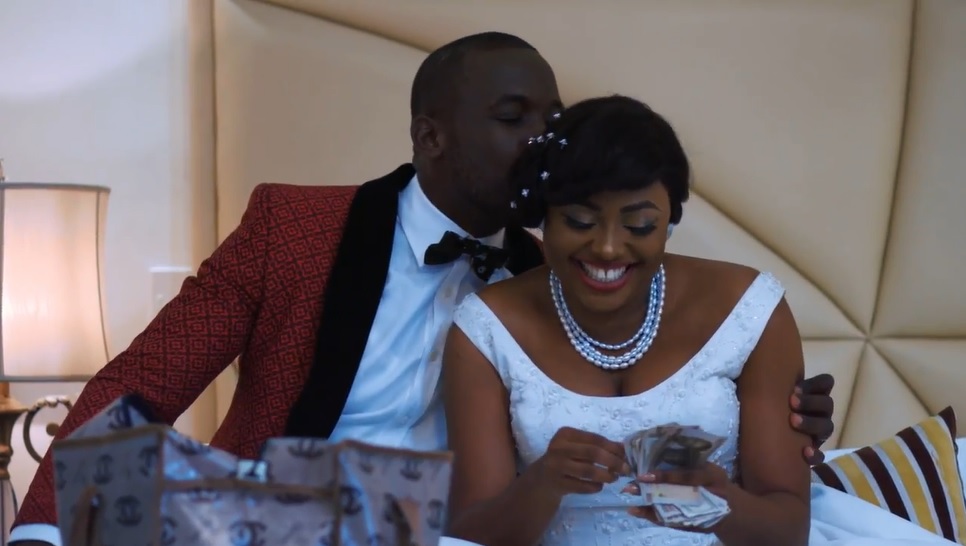 Dance to my Beat is a comedy drama coming to cinemas on the 22nd of September, 2017. Produced by Mary Lazarus (Okafor’s Law, Love Lost), the film has all the signs of an impending showpiece. It focuses on marriage and when it becomes a must for a jobless socialite who makes a mess of all prized relationships to look good.

“The story follows Lamide (Mary Lazarus playing a jobless socialite) who mounts pressure on her civil servant fiancé (Joseph Benjamin as Raymond) to get married to her immediately or face her wrath. Raymond begs for more time to gather his resources to fund a high class wedding but Lamide convinces him to get a bank loan. She plans on buying cheap Aso-ebi materials to sell for 80’000 naira and thus recoup the loan with some serious profit.

Raymond agrees as Lamide ensures her wedding will be talk of the town. The adopted means of marketing the Aso-ebi are to include emotional blackmail, coercion and practical use of force with close friends and family. Unfortunately Lamide fails to brace herself for the after-wedding payback.”

Mary Lazarus (producer-actress) is popular for her role in Desperate Housegirls written by Uduak Isong Oguamanam and directed by Desmond Elliot. She’s also featured in movies like Losing Control (where she plays a male), Blackberry Babes, and When Love Happens (starring OC Ukeje and Shaffy Bello).