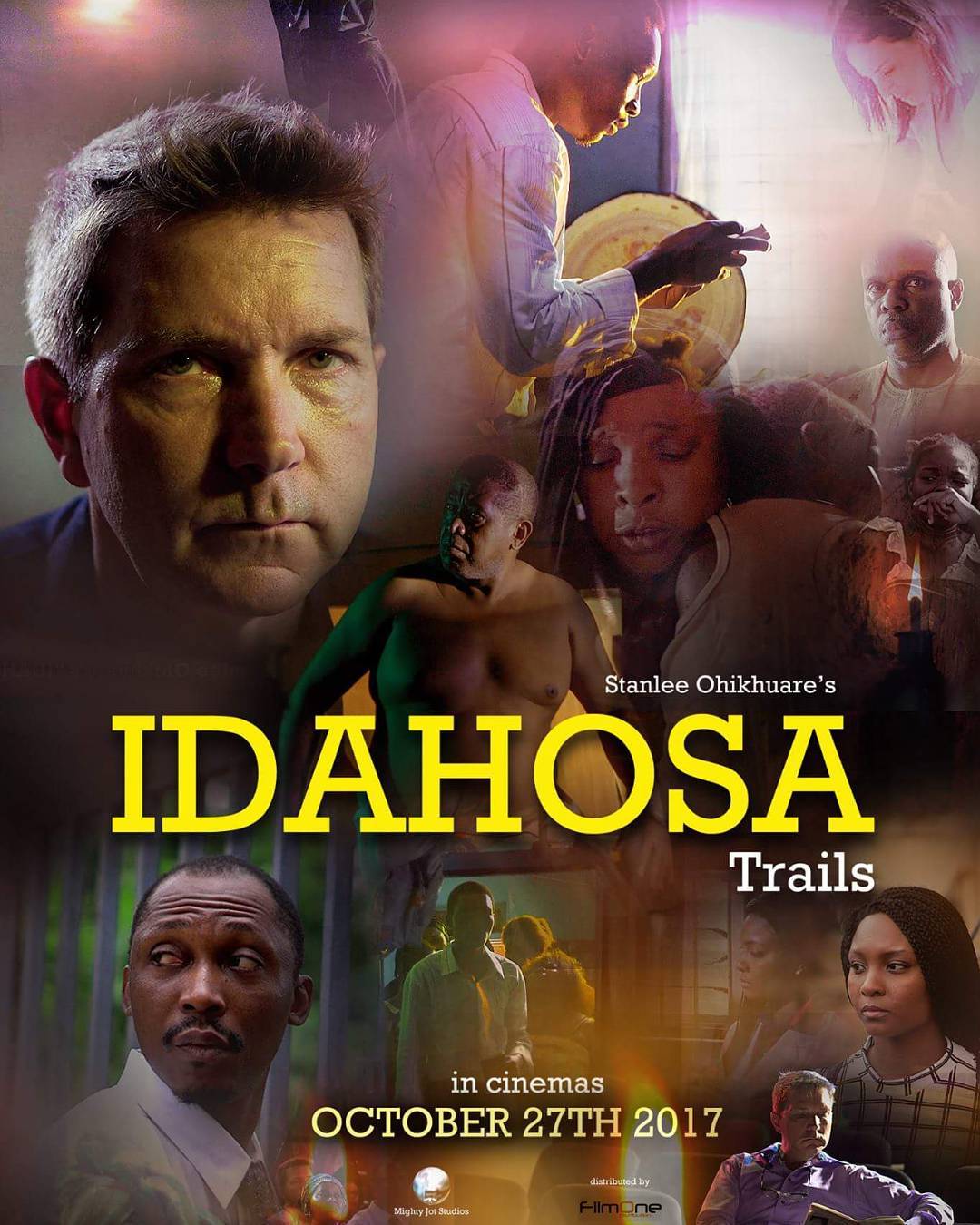 Stanlee Ohikhuare has released the first official trailer for Idahosa Trails, a film set to be in cinemas by October 27, 2017. The film was written, produced and directed by the award winning auteur who also serves as the Creative Director at the Real Time International Film Festival (RTF). Ohikhuare is reputable for films like Kpians: The Feast of Souls, Common Man, Tunnel, and Stupid Movie to name a few.

Idahosa Trails revolves around Thomas Book, an inglorious American Journalist, who seeks to interview a reputable preacher. This is based on his perception of the preacher’s role in the miraculous recovery of a chief in comatose for six years. He’s introduced to a younger pastor who agrees to be of assistance. It’s an adventure to get a remarkable story that ends up in a life changing encounter.

The trailer for Idahosa Trails feels foreboding and dark, a lot like Thomas Book’s journey I’m sure. The film, which will be released nationwide at Presken Hotel and Resort Limited, features among others: David Schifter (as Thomas Book), Kunle Idowu (as Pastor Osas), Osas Ighodaro-Ajibade (as Osamuede), Liz Benson-Ameye (as Sarah Idahosa), Patrick Doyle (as John Idahosa), Adedamola Akapo and Daisy Morsi (as young Benson and Margaret Idahosa).

Idahosa Trails will be distributed by FilmOne. Watch the trailer here.

Next Post Bolanle Ninalowo defines the Picture Perfect acting we want in Nollywood!