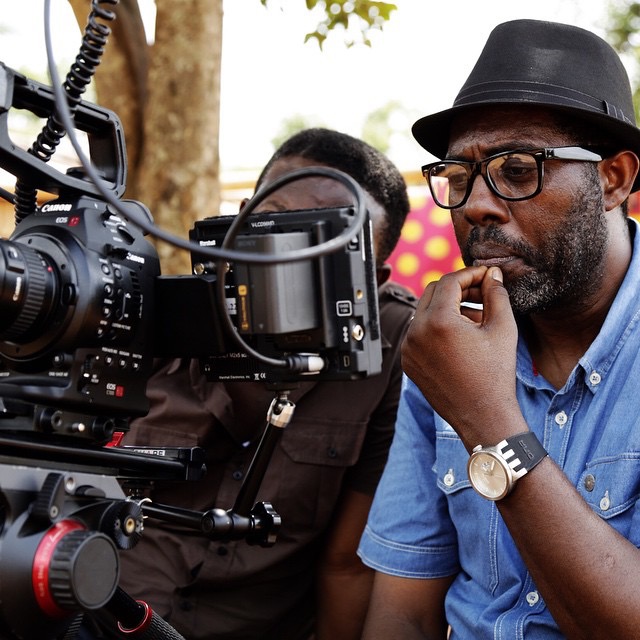 This is an exciting time for Nigerian filmmaker and former ITPAN president, Femi Odugbemi. Weeks after the premiere of his latest movie, Gidi Blues (read our review here), which African Magic has since bought over, the movie seems to be attracting interest from festivals across the continent, with requests to screen the film.

On the other hand, Odugbemi himself, who chaired the Africa Magic Viewer’s Choice Award (AMVCA) Jury for three consecutive terms, has become one of the most sought after filmmakers in the continent, having been selected as a judge for different film festivals. From all indications, it’s going to be a busy year for the CEO of DVWorx Studios starting from this month.

Currently, Odugbemi is among the curating panel of the Pan-African Representation for Golden Tree International FilmFest in Frankfurt, Germany, and is excepted to jet to Goree Island, Dakar, Senegal, on Thursday, August 18 through 22, for a meeting of the jury. Aside from particularly proposing documentaries from Africa and Diaspora, Odugbemi will also join other panelists to select a total of 40 films representing Africa and its Diasporas, which will feature at the film fest in Germany.

From Senegal, the co-founder of iRep International Documentary Film Festival will move to Accra, Ghana, where Gidi Blues has been selected as closing film for the Black Star International Film Festival Ghana. Aside from being a big honor, as the closing films of festivals are highly coveted, the platform will give Odugbemi the opportunity to speak with Ghanaian film community, as well as share his wealth of experience with festival attendees.

Meanwhile, Odugbemi has been returned as the Chief Jury for this year’s Ugandan Film Festival, making it an unprecedented third time in a row.

“It’s a huge honour signifying a major acknowledgement of the quality of Nigerian cinema and the respect with which we are viewed across Africa,” he noted.

Aside from his role as Chief Jury for the festival, which opens on August 22, 2016, in Kampala, Uganda, Odugbemi’s Gidi Blues was also picked as the opening film for the festival organised by the Uganda Communications Commission.

In a letter dated August 5, 2016, the Executive Director of the Commission, Godfrey Mutabazi, while requesting for Odugbemi’s approval, said, “as part of the festival activities, the Commission would like to screen the movie Gidi Blues during the festival. We believe the young film producers in the industry in Uganda will be inspired and gain a lot from the experiences and the challenges you encountered when producing the film,” Mutabazi said.

Just last month, the British Council selected Odugbemi as one of eight international Judges for the Shakespeare short film competition and platform. According to the organisers, judges and users from across Africa will vote the films, with the highest rated filmmaking Film of the Month. The platform will continue for the duration of 2016 and will result in a final winner, who will get a screening opportunity at a UK film festival.

“It makes for a busy month of international engagements for me this month. I feel proud as a Nigerian filmmaker because, these international recognitions say something positive about our industry, and it is a confirmation that we are on the right path and that we bring a positive value to the world of cinema both in Africa and the world,” Odugbemi hinted.

For the filmmaker, it’s also an opportunity to represent true African culture.

“For me, it’s also about my commitment to continue to fight for a film industry across the continent that represents our culture as Africans and that seeks to tell our stories in documentary and feature films in the best international best practices and quality,” he said.

Shot in iconic places in Lagos such as Idumota and Makoko, with special focus on the popular Makoko floating school, Gidi Blues centers on Akin (Gideon Okeke), an indulged playboy from an affluent family, who accidentally meets an interesting beauty in an unpredictable place. Nkem is a beautiful, confident but unusual young lady who devotes herself to her work as community volunteer in the belly of the city’s worst slum. Their encounter drags Akin into a whirlwind experience that unravels his world.

“Gidi Blues touches on a few things that I think are issues young people in Nigeria today are dealing with. One is work ethic; the idea that I can be rich without working hard, it’s a fallacy. It’s fuelling the next generation that’s not going to be helpful in building the country. Success comes before work only in a dictionary; if you are going to be successful, if you are going o make it, you have to work hard,” he said.