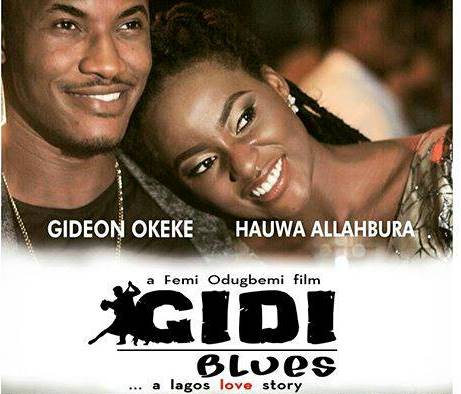 With every opportunity I have, I try to watch a movie at the cinemas as it enables me, see the production from a different perspective. Walking into the cinema with a handful of people was right up my alley, however, not so great for the filmmaker’s selling side sha!

Akin is an indulged playboy from an affluent family who accidentally meets an interesting beauty in an unpredictable place. His interesting beauty Nkem is a confident but unusual young lady who devotes herself to her work as a community volunteer in the belly of the city’s worst slum. Their encounter drags Akin into a whirlwind experience that unravels his world.

Gideon takes on the lead as Akin and while watching Gideon is such a delight as he seems to get better with every production, his way of life and nuisances didn’t suggest he was Yoruba which might be good, but if he can check out acts like Will Smith (Concoction) Idris Elba (Long Walk to Freedom) and Chiwetel Ejiofor (12 Years a Slave) you can hear from their intonations and behaviour that the aim was to play those characters down to their mannerism. Moving on from this, though Gideon’s game was spot on; his lines flowed along nicely showing his dexterity and growth in the industry.

Nkem is played by Hauwa and while I have technically given up hope on Tinsel, this is the first movie I have seen her in. Hauwa didn’t have the lines to suit the personality mentioned in the synopsis. For me, it feels like women in Nollywood are promoted as needing a man to validate themselves so her lines were basically empty and lacking substance. Her zeal to work hard and make a difference did shine through but she came off as being stuck up, and trying to force her ideas down one’s throat.

Nancy Isime is also a first timer for me and while she did well, the transition from her conversation with Akin to the bed needs a whole lot of work. More flirty actions, looks, and deeper words would have made that scene a whole lot better. Daniel Lloyd the self-absorbed scrub wasn’t bad as well, there are truly friends like that in the world and he came through at the end. Bukky Wright, I am coming to appreciate you on this side of the industry (pun intended). It felt good to see the veteran actress finding meaning and her place in this production and she delivered to her role.

As at it relates to production quality, what can I say, the movie is from the very team that brings us Tinsel so that means attention was put into detail, however, some scenes appeared dark. Camera angles worked for some scenes, for some, not so much like the dinner scene, the shot of the table and then the sex scene, felt awkward.

Costumes were apt for the roles, however, we need to go easy on makeup. It would be good to have makeup that suits the wearer, but in my wildest imagination, how does someone going to teach students in Makoko wear loads of makeup? Everyone especially the ladies were well made up, from the bedroom to the street . The script and lines seemed conceded and weak  for the ladies, there’s need for game type conversations for ladies, with a depiction of realities, while the soundtrack suited the scenes.

Industry veteran Femi Odugbemi like I mentioned  directed this production and did a good job with the characters as well as capturing them in the best way with his shots, both long and short.

Gidi Blues was a welcome romcom for 2016 and while it had a couple of lapses here and there, it earns a 7.5/10 from Xplore.

Have you seen Gidi Blues? Tell me thoughts in the comments section.