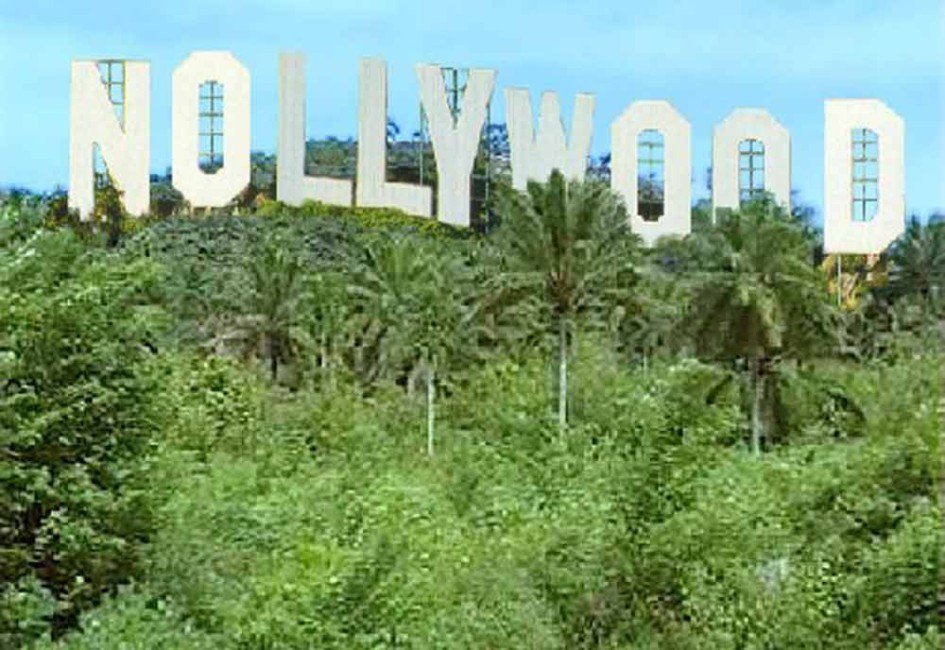 When I started reviewing Nigerian movies exactly 3 years ago (yep I’m 3 years and excited) many of my friends felt I something had really gone wrong with me. I spent time, in fact in the early days, I spent a whole month plus watching nothing else but Nigerian movies and at the end I felt brain dead and lacking some semblance of intelligence.

However, before anyone gets interested in a movie though, there are those elements that viewers are exposed to that gets them expectant or excited, to want to see the movie. It can either be a good trailer or a creative poster (don’t mean the Ruth Kadir kind).

Times have changed, though. Back in the day, our trailers consisted of that Igbo actor can’t remember his name and Segun Arinze, either shouting us down or scaring us shitless into watching the movies and ending with blah, blah, blah Ebimpejo Lane or somewhere else in Aba. Now you see some of these trailers and then see the movies and wonder, erm… director/scriptwriter, do you think we are stupid?  But slowly, things are getting better and improvement can be noticed in the stories, plot and delivery.

Recently, some Nollywood trailers have stepped up, conveying everything to get you excited for a film. With the dawn of YouTube, number of views and comments received, one can tell that people are genuinely interested in seeing your movie or would not make the effort at all. There are obviously the trailers that make you want to slap yourself for wasting your data, but today is not for those trailers.

I present to you, the top 6 movie trailers for half year 2016 that translated to nice movies

From the director that brings us ‘Tinsel’ comes this romantic comedy. While I might be tired of the series, the movie is the only Nigerian rom-com that has been released. With only 1,990 views, the trailer gave more of a dramatic side than comedy, but from the lines, you could tell it was in the right direction. With great acting and fluidity from Gideon Okeke, the trailer (which was shorter than 2 minutes) tried in featuring those aspects that would get us talking and drive us to see the movie. It was okay to watch and also featured the likes of Hauwa Allahbura, and Nancy Isime –  upcoming actresses that I would love to see again.

With 10,785 views (this doesn’t mean they watched the full movie though), Suru L’ere one of the anticipated movies of 2016, was highly expected. The movie was the second from the award winning duo of Mildred Okwo and Rita Dominic and featured an array of stars, which included Beverly Naya, Kemi ‘Lala’ Akindoju, Eyinna Nwigwe and Seun Ajayi. The trailer captured correctly the funny moments and once I watched the movie translated nicely. It didn’t score high points in my review though, as lines didn’t elicit any funny reactions; but it did make for good viewing.

From FilmOne Distribution had a total of 20,693 views a good feat for a relatively new director in the person of Tolu ‘Lord’ Tanner. Couple of Days had a very energetic cast with the new school Nollywood stars in the persons of Enyinna Nwigwe, Lilian Esoro, Adesua Etomi, Ademola Adedoyin, Kiki Omeili and Okey Uzoeshi.  Initially I thought it would model American movie ‘Couples Retreat’ which was extremely funny, but still had it underlining message, however, there was no such luck. Packed with more drama than comedy, the trailer struck an emotion and the feeling of what really happens with young couples when they tie the knot, is everything truly fine and dandy with them? With good lines, cinematography and great aerial and close up shots, the movie did justice to its trailer, did it transcend expectations, hmmmm….

Uru Eke’s debut attempt at producing earns her a spot on this trailer count down. With only 4, 650 views though, nothing prepared me for what I was going to see in this movie; and with the trailer, I was wowed. Even though my initial thought was, another Nollywood actress, moving to production when she hasn’t completed horned her craft, I kind of bit my lip when watching the movie. Directed by Izu Ojukwu with story by Uru Eke and screenplay by Onyinye Egenti. Remember Me was good to watch, outrightly spooky and delivered to its story of accountability and transparency through citizen engagement, a subject not really touched in our movies. For a first timer, both trailer and movie delivered to its story.

Another anticipated movie of 2016, The CEO trailer from Kunle Afolayan had all the markings of a wonderful movie – espionage, psychotic thriller, an underlining meaning and great music. With 35,729 views, 288 likes and 5 dislikes, the trailer got me edged up for the movie, so much so I went for the premiere. Written by Tunde Babatola (A match made in Nollywood heaven) and starring Angelique Kiddo, Jimmy Jean-Louis, Wale Ojo, Fatym Layachi, Nico Panagio, Kemi ‘Lala’ Akindoju, and Hilda Dokubo, The CEO trailer was a masterpiece, with story premise and strong actor delivery and did every bit of justice to the production.

Omoni Oboli’s 3rd feature movie, as triple threat (writer, producer and director)! The trailer was comical and hilarious and this totally came through in the movie. With over 53,000 views, 254 likes and 11 dislikes the movie which has grossed over 6omillion in ticketing sales couldn’t have come at a better time. Using comedy to drive home a critical issue in our country was sheer brilliance. Featuring the likes of Ufuoma McDermont, Chioma Akpotha, Uche Jumbo, Omoni Oboli, Kenneth Okonkwo and Julius Agwu, from production, quality to sound and the story line (copied or not), Wives on Strike trailer shone through for the movie and holds the number one spot for top trailers that translated to good movies.

What do you think of these trailers? Share your thoughts in the comments section.