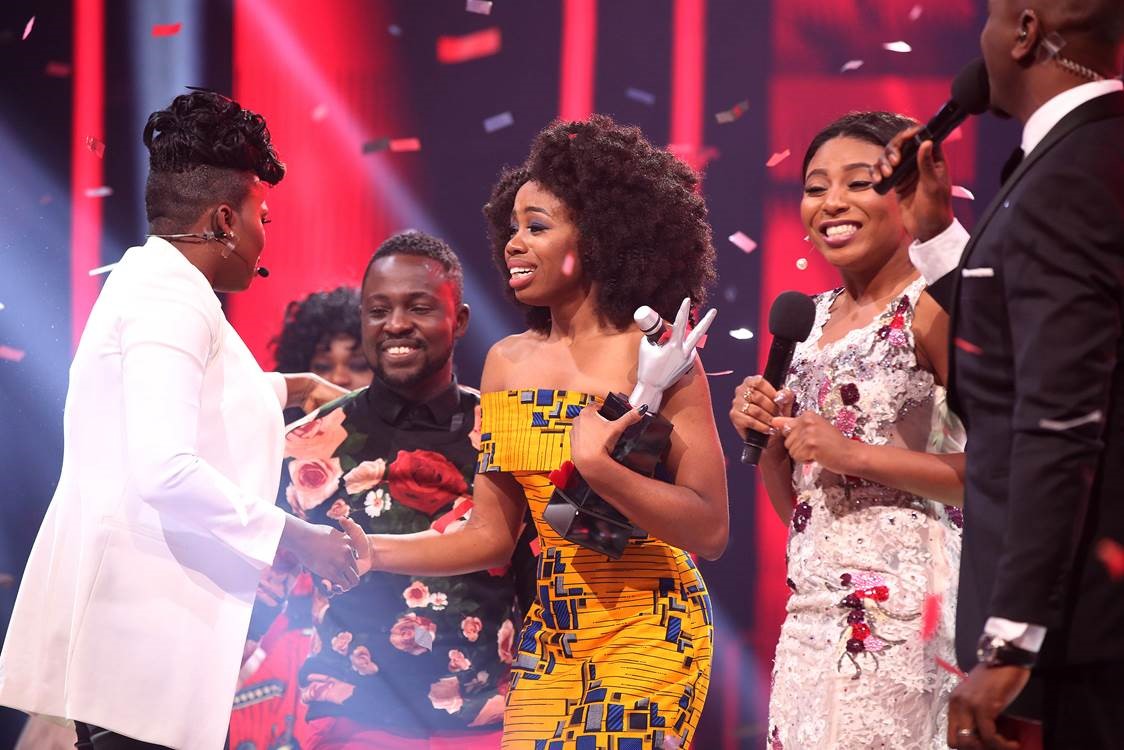 After three months of excitement, intrigue, heartbreak and elation, Arese from team Waje emerged as the first ever winner of The Voice Nigeria. Arese walks away with a recording contract with Universal, an SUV from Africa Magic worth 7 million naira and a 4-day all expense paid trip for two to Abu Dhabi courtesy Etihad Airways.

Sunday’s finale began on a high note and the audience was treated to individual and group performances, as the coaches graced the stage with their charges. The ensemble performances of the evening opened with Timi Dakolo, Cornel and Dewe performing Timi’s song, Heaven Please.

Chike, from TeamPatoranking, followed with a memorable rendition of Bob Marley’s No Woman No Cry and the hunky Nonso Bassey also stirred the audience’s emotions with a bass laden performance of Impossible.

Petite but powerful voice Viveeyan from Team2baba was next for the evening, and she got a standing ovation from the audience with an amazing performance of Miley Cyrus’ Wrecking Ball.

Everyone’s favorite stage performer, Brenda followed with an energetic medley of Rumour Has It and Someone Like You. Waje, ably assisted by Arese and Patrick, performed the hit single Ominiknowest as TeamWaje thrilled the audience with an amazing display of stage mastery.

Cornel came through with an explosive performance of R-Kelly’s The Greatest and Dewe followed suit with a sonorous performance of Lucas Graham’s Seven Years Old. TeamPatoranking was next and the team leader, assisted by Chike and Nonso, performed the hit song No Kissing Baby, of the hotly anticipated debut album GOE.

2baba took to the stage with Brenda and Viveeyan as they went ‘spiritual’, performing his song The Devil is a Liar. The reggae-toned performances continued as Patrick got the studio audience dancing with his reggae-inspired version of John Legend’s All of Me.

Arese took to the stage and elicited screams as she literally kicked off her shoes performing ‘Freedom’. Following Arese’s performance was the nerve-wracking unveiling of the top four finalists. Making the cut from Team 2baba was Brenda, while Arese made it through from TeamWaje. Chike made it from TeamPatoranking and Cornel made it through for TeamTimi as the nail-biting evening progressed.

Cornel returned to the stage as he raised the roof with Lionel Ritchie’s All Night Long. Chike followed and got the ladies swooning with Kiss Daniel’s Mama and Arese took to the stage afterwards with an emotional performance of Hallelujah whilst the bubbly Brenda rocked the stage with Wizkid’s Ojuelegba.

The climax of the evening came as the host IK announced Arese as the winner, with ladies man Chike coming second. The Voice Nigeria was proudly sponsored by Airtel in conjunction with Coca-Cola. 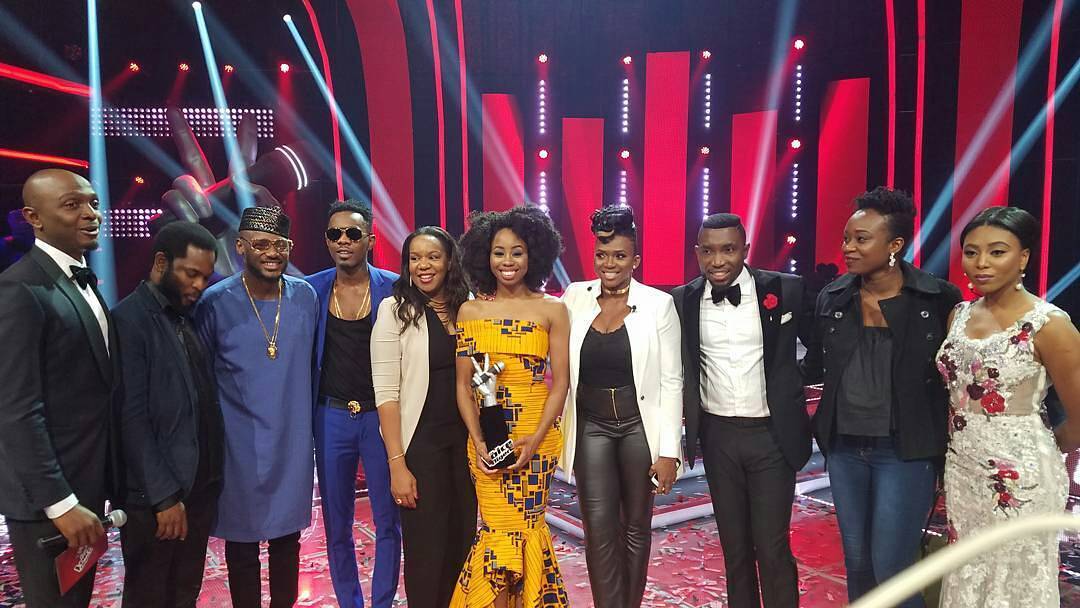