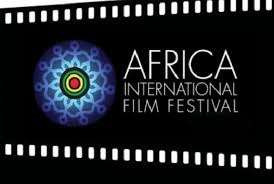 The 5th Edition of the Africa International Film Festival, AFRIFF, will be holding between the 8th and 15th of November, 2015 at a yet-to-be-announced venue in Lagos.  It will be recalled that the 2013 and 2014 events took place at the Tinapa Business and Leisure Resort in Calabar whilst the 2011 edition was hosted at the Oriental Hotel, Lagos after the maiden festival held in Port Harcourt.

According to AFRIFF, the festival awards monetary prizes in the following categories: