Frank Rhajah Arase has been associated with a lot of raunchy Ghanaian movies such as Cheaters, Heart of Men, 4 Play, Princess Tyra, Temptation, Crime to Christ and Return of Beyonce that it was amazing that something cool and inspiring can come from his stables.

Based on his numerous Ghanaian productions, I actually assumed he was Ghanaian, turns out Frank hails from Edo State in Nigeria and is happily married to a Nigerian.

In 2014 at the end of the year actually, Frank released his Iyore (The Return). Just when movies like October 1 and Invasion 1897 were making great waves and somehow we lost sight of Iyore amidst the euphoria of the other movies.

But have no fear, today I present you with 10 reasons why Iyore is a DVD you should pick up during the holidays!

Nothing beats a story telling movie like this. Actually, storytelling at its finest, Rita does her ultimate best in narrating this story with a command that elicits a sense of understanding about what the Benin kingdom was all about. The alignment of the story with the production was a good piece and welcome development. 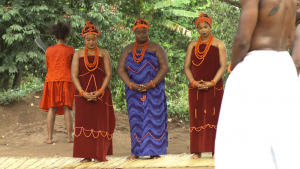 Before the rule of the British, the Benin kingdom was pretty powerful in the southern protectorate. They ruled with a dictatorship that cannot really be compared to any kingdom asides maybe the Yoruba kingdoms. The culture of the Benin was on full display in this production. From the 3 virgins who must die with the Oba, to the fear everyone who was anyone had for the reigning Oba of Benin.  A tradition that is phasing out, but helps bring a certain level of understanding of the happenings of the olden days. 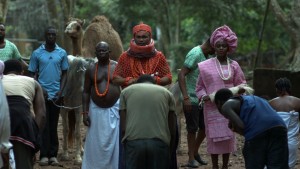 Nothing tells of a great movie than its lines. This production was full of lines that I just have to list my favorites. “Oba ghator okpere (The King will live long)”, “to dare is too love”, “I see fears in your eyes”, “even the subtle firm grasp of a lamb, masks the devouring claws of a lion” “even the bravest of men yet fear the choices they make” “so the wretch told you and soon you hastened here like a servant would do a master” and so on. Praise singing for the Oba was at its peak and even though I had no idea what the songs meant, there was this pride that welled up in me especially since I am technically (former Bendel) from that side. There was also the infusion of the Edo language which drove home the points, with Rita and Joseph trying to speak the language as well. 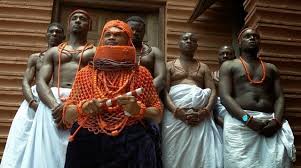 Okawa Shaznay has been on my radar after my review of her movie with Jackie Appah and Yvonne Nelson. She shone bright in this production from her character of the past century to the present day, I must say it was truly impressive and it would be nice to see her in more productions, she just needs to choose her roles carefully. For the other cast members, they held their own. Rita was a dream and her demure feels like she must have been easy to work with. Joseph the smitten lover, was also good to watch from his packaging which includes speech, height and delivery he was a great cast for his role as prince. Much respect goes to Paul Obazele as Oba, his regale and countenance was second to none. For the Chiefs and other palace cast members, it seemed like the Benin theatre troupe was put to use. If this is the case, thumbs up to Rajah for this direction, the use of the theatre group in a film production is also welcome, as there is something to learn from both fields. 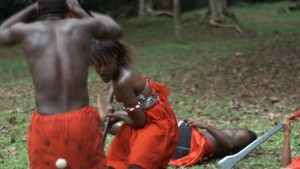 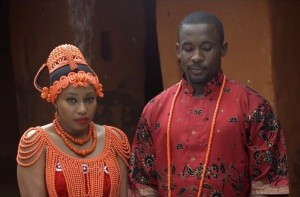 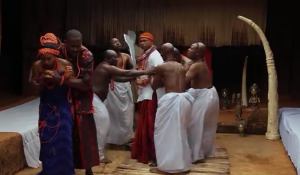 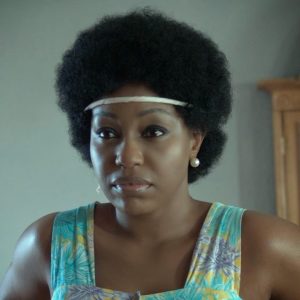 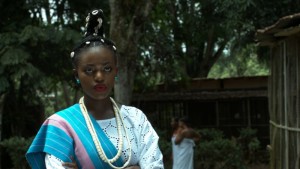 I cannot stress enough the importance of costumes in a production. They bring out the importance of the times, the weight of decisions and the believability of the production. We marvel at Edo brides outfits during their traditional weddings, well with this production costumes of Benin were in full display and again my pride was heightened at this. They took their time to put this together picking up every costumes detail especially that of the Oba. Kudos to the costume designer and the consultant who helped with this. 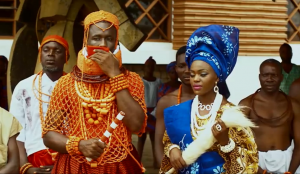 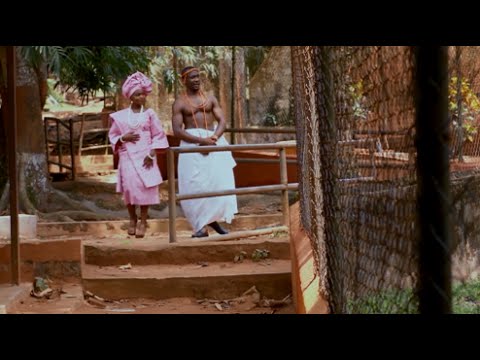 The story of a relationship that was doomed from the start, a reincarnation and the likes makes for a good story once put together properly. Like I mentioned, I watched this production 3 times, so there was something new with every view, but at the end of it all, the love story is worthy of commendation and a good reference point for Nigerian productions going forward. 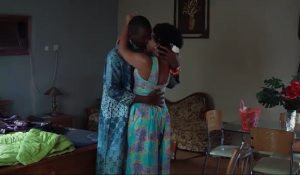 Production was nicely carried out, straight to the point scenes with no beating about the bush. Choreography gets a plus too as Okawa was a very agile warrior and can pass for a little Jolie if at some point we intend to have a nicely produced action movie. Editing well done and the Editor deserves an award for this work. 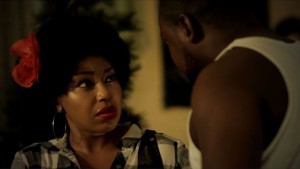 Frank Rajah Arase, is known for his very cheesy, Ghanaian /Nigerian movies. Based on this, it would have been easy to set this aside as one of those productions, but trust me when I say, nothing would prepare you for what you see when watching this film. It was put together nicely and directing deserves an A. The cast was well selected and even though that might not be his direct purview, using them to their fullest advantage was his and for that, he deserves this review. It seemed everyone was carefully selected and based on that, they brought their skill to bear and did the Benin kingdom proud. I believe a theatre production can come out of this work and I believe it is worth considering.

I have searched the blogs and site for the writer of this script or maybe I haven’t searched hard enough, but this script writer deserves an award for his work. Obviously a son or daughter of the Benin soil, the work done here can only be compared to the likes of October 1 and Invasion 1897. Kudos to you on that and like I have mentioned above this work can be comfortably translated to a theatre production, to ne shown in the 6 geopolitical zones of Nigeria.

Do you think I have left out anything? Drop your comments and let’s discuss.