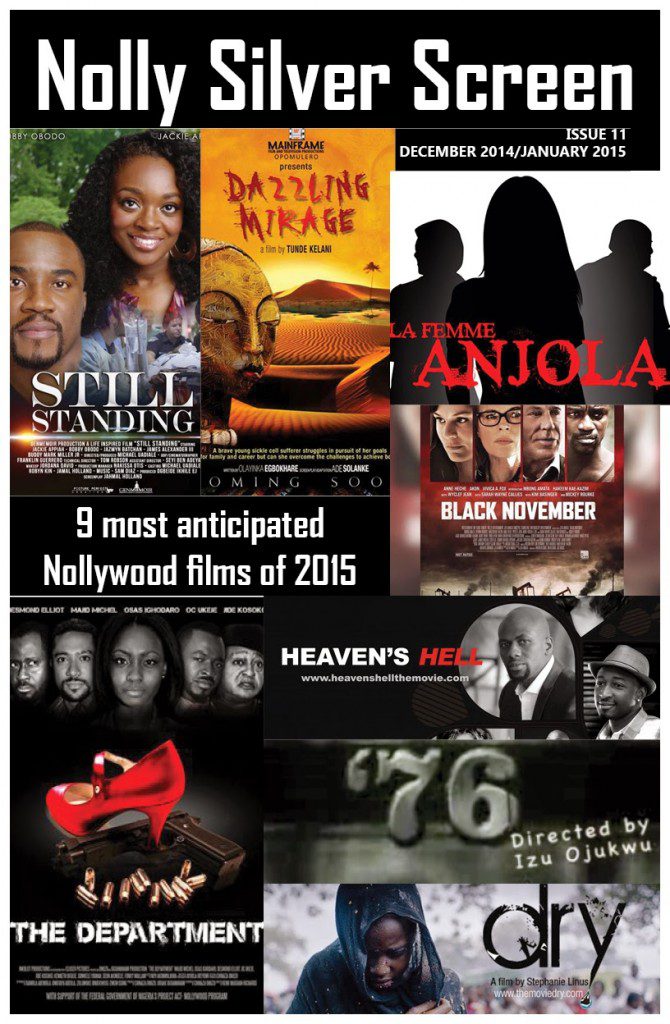 Issue 11 covering December 2014 and January 2015
of Nolly Silver Screen magazine is
out. The bumper edition’s focus is on politics, the best and worst of 2014
and a sneak preview into 2015.
Articles featured in this edition include Wilfred
Okiche’s piece ‘Power plays: 10 Nollywood stars who have joined
politics’ and ‘9 most anticipated Nollywood films of 2015’.   Nolly Silver Screen also dishes on
its top 10 best and worst Nollywood films of 2014.
The issue also has a review of Nollywood in 2014,
Story-Bored cartoon strip by the award winning artiste Mike Asukwo and
interviews with Adesua Etomi, Dianna Yekinni, Adeyemi Michael, Adaobi
Obiegbosi-Akanihe, Ozzy Agu and the Nollywood Spoof team. 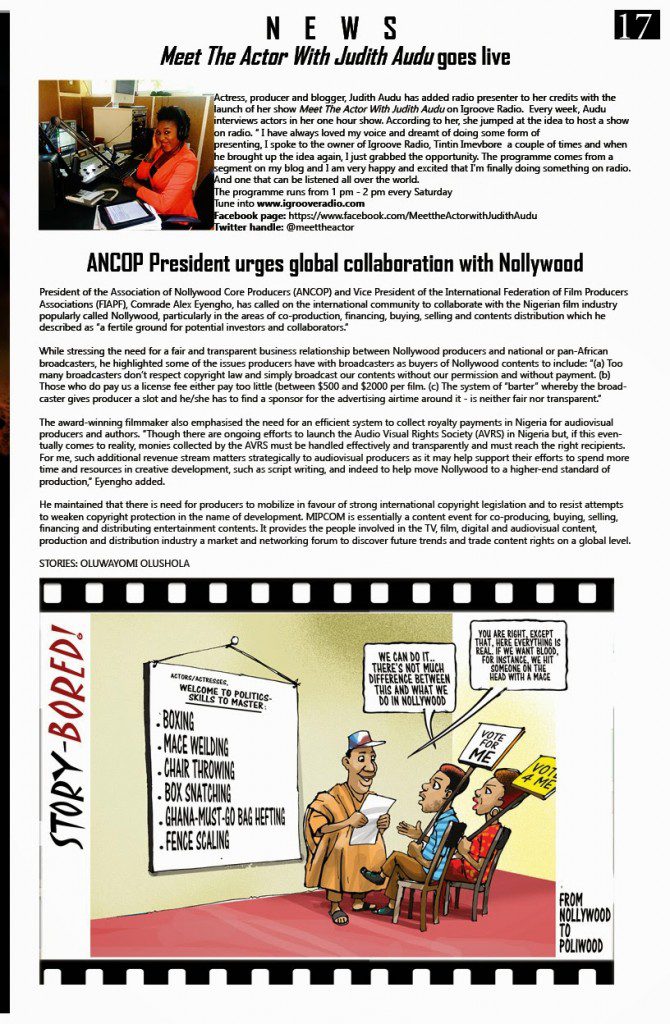 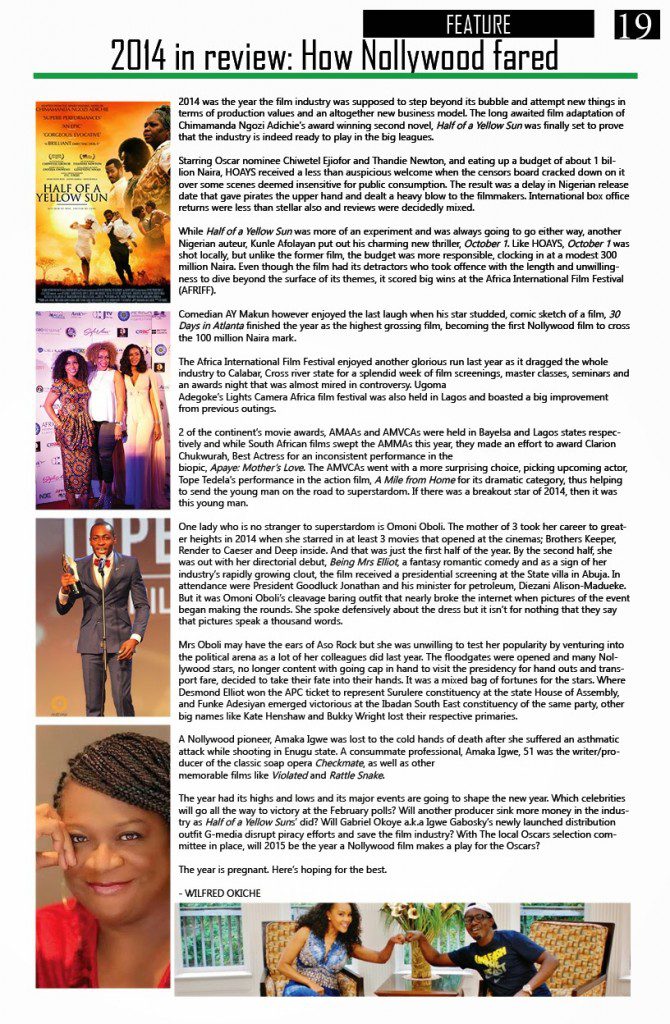 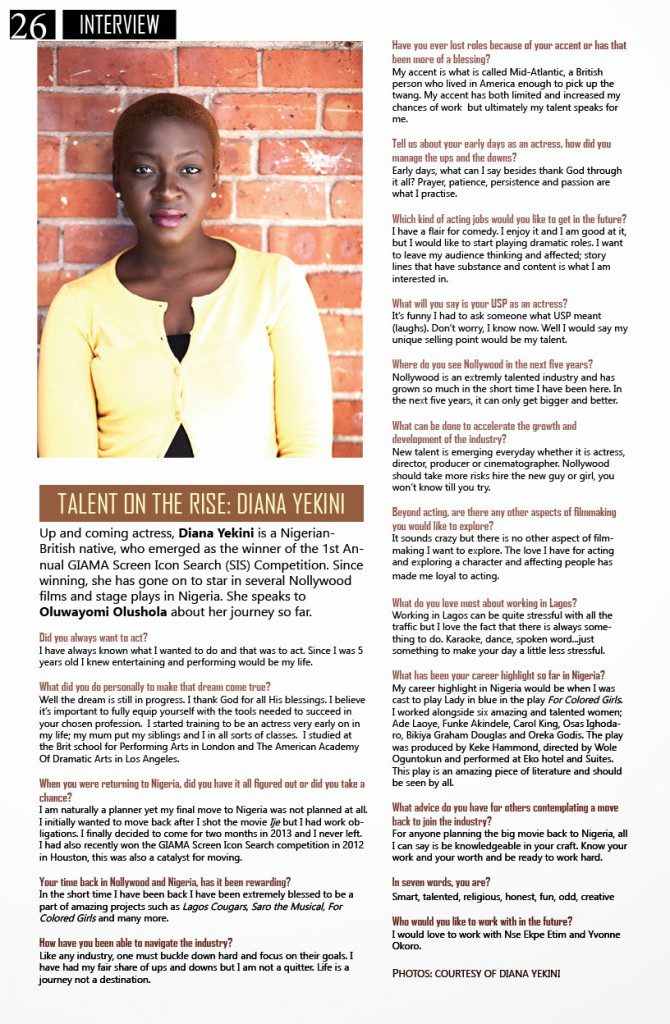 According to Isabella Akinseye, Editor of Nolly Silver Screen, “Our New Year
resolution is quite simple – to keep bringing you quality and entertaining
film journalism with an emphasis on Nollywood and Africa’s film industry.”
Read and download the magazine for free on its website. http://issuu.com/nollysilverscreen/docs/nolly_silver_screen_issue_11_dec_20
No votes yet.
Please wait...
Voting is currently disabled, data maintenance in progress.

Previous Post A Christmas to remember with Saro2; The Musical…