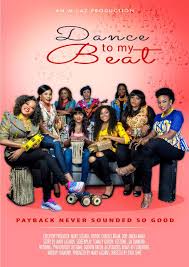 Actors are trying new ventures by trying directing, and for many of them, producing. Mary Lazarus has joined her female peers to produce a star studded drama that is set to hit the cinemas on the 22nd of September. So far, it has been getting some push on social media with great support from her colleagues. While Mary has not had a cinema release as an actress, she is making a grand debut as an actress, and as a producer.

We are eager to see what will come out of this.

This is an official synopsis of the story; Lamide, a jobless high-class sociable lady mounts pressures on her Fiancé Raymond, a civil servant with a meager salary to get married to her immediately or face her wrath.

Lamide who has made attending other people’s parties and buying their Aso-Ebi her occupation, convinces Raymond to get a bank loan to fund their high-class traditional marriage/wedding. She turns both ceremonies into a serious business by selling cheap Aso-Ebi materials at a very expensive rate, 80,000 naira.

There shall be no mercy or excuses as Lamide fully arms herself with a POS. The Aso-Ebi marketers hit town but Lamide fails to brace herself for what comes next after the wedding.

Payback never sounded so good when it was time for Lamide to Dance to Rhoda’s beat. ‘Dance to My Beat” is directed by Paul Igwe whose past jobs include Clinic Matters.

This is Mary Lazarus’s debut to the cinema as an actress and a producer, we are quite eager to see if this breaks some records, and if she joins our list of successful Nollywood actresses.

Next Post Anthill Studios Releases The Animated Trailer For ‘The Adventures Of Lola & Chuchu’!