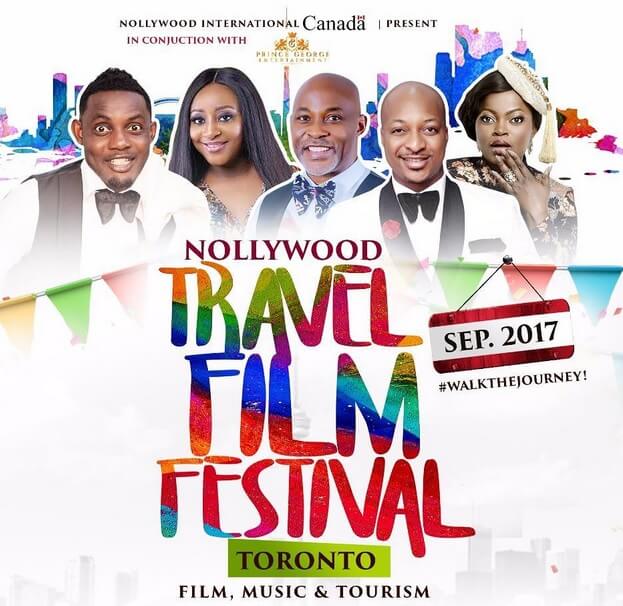 The maiden edition of the Nollywood Travel Film Festival came to a close on the 16th of September at the National Event Venue in Toronto, Canada. The event was a weekend of special indoor/outdoor screenings and inspiring discussions aimed at creating new marketplaces for the Nigerian cinema. The award night saw four films (out of twelve) emerge winners in twelve categories.

Leading the winners was Walter Banger’s Catch.er, a crime-drama that had it’s world premiere at the Nollywood Week Film Festival earlier this year. The director, known for Gbomo Gbomo Express, has also been nominated for the Best Director (Catch.er) alongside Eric Aghimien and Toka McBaror at the 2017 Nigerian Entertainment Awards holding on the 25th of November. Lonzo Nzekwe’s Meet The Parents came away with two wins for the Best Nollywood Film In Diaspora and the Best Cinematographer.

Venture capitalist and TV entrepreneur, Mo Abudu, was awarded the most outstanding individual in Nollywood. The award was certainly deserved, given the strides she’s made at EbonyLife and in the industry with movies like Fifty and The Wedding Party. The Nollywood Travel Festival is fully committed to presenting Nigerian films to new and existing global audiences that will lead to growing the film industry.

Congratulations to the winners!

Next Post Mary Lazarus makes a cinema debut with “Dance to My Beat”!