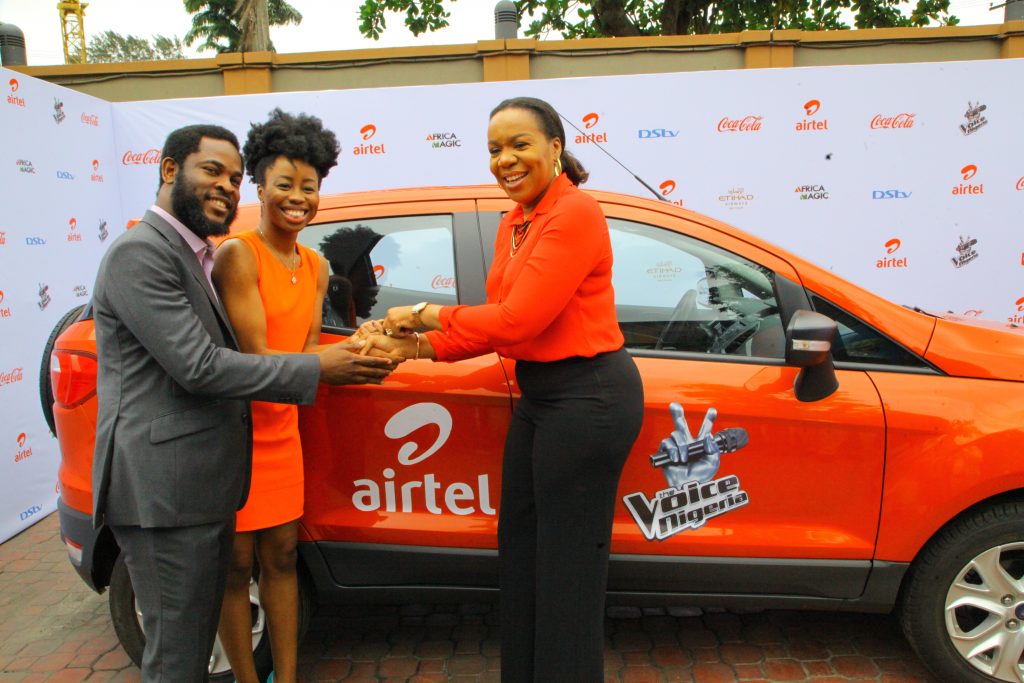 The winner of the first ever edition of The Voice Nigeria, Arese Emokpae, has been presented with an SUV valued at seven million naira by Africa Magic. The presentation which followed a press conference at the Wheatbaker Hotel in Ikoyi, Lagos, was done with Airtel Nigeria and Coca-Cola, respective lead and associate sponsors, and also saw Arese receiving her four-day, all-expense paid ticket to Abu Dhabi courtesy Etihad Airways.

Originally launched in 2010, The Voice has won audiences in the US, Australia, South Africa and the UK, where renowned artists have occupied the show’s famous red chairs as coaches. The recently concluded first season of The Voice Nigeria employed the same format including a panel of four respected coaches, Waje, 2baba, Patoranking and Timi Dakolo.

Speaking at the press conference, the Director, M-Net West Africa, Wangi Mba-Uzoukwu, said: “We are extremely delighted with the success of The Voice Nigeria. It’s the first ever season and we are thrilled with the outcome. For three months, Nigerians and indeed the rest of the continent were treated to the best entertainment on television with our amazing coaches and contestants putting their best feet forward. Today we celebrate Arese who is undoubtedly a deserving winner and in the same vein thank our sponsors whose support made the show possible.”

The Voice Nigeria which began on the 10th of April with 48 contestants ran for three months and featured all the excitement of blind auditions, contestant battles and the intrigue of the live shows and public voting. At the end of the nail-biting season, stage actress Arese Emokpae emerged as the first ever winner of show, after an exciting live finale on the 31st of July, 2016.

Mr. Enitan Denloye, the Vice President, Brands, and Advertising for Airtel Nigeria, said: “As Nigeria’s smartphone network, Airtel is always excited to enter partnerships that connect the Nigerian youth to their dreams. The Voice Nigeria presented an amazing opportunity to do this and we were more than excited to come on board as lead sponsors.  The sponsorship of The Voice Nigeria is yet another example of Airtel’s commitment to empowering young, talented Nigerians like Arese, a deserving winner who embodies the spirit of youth, passion, skill, and perseverance.”

Arese Emokpae, whilst expressing her delight at winning, also thanked Africa Magic and the show’s sponsors, even as she saluted the uniqueness of The Voice format. 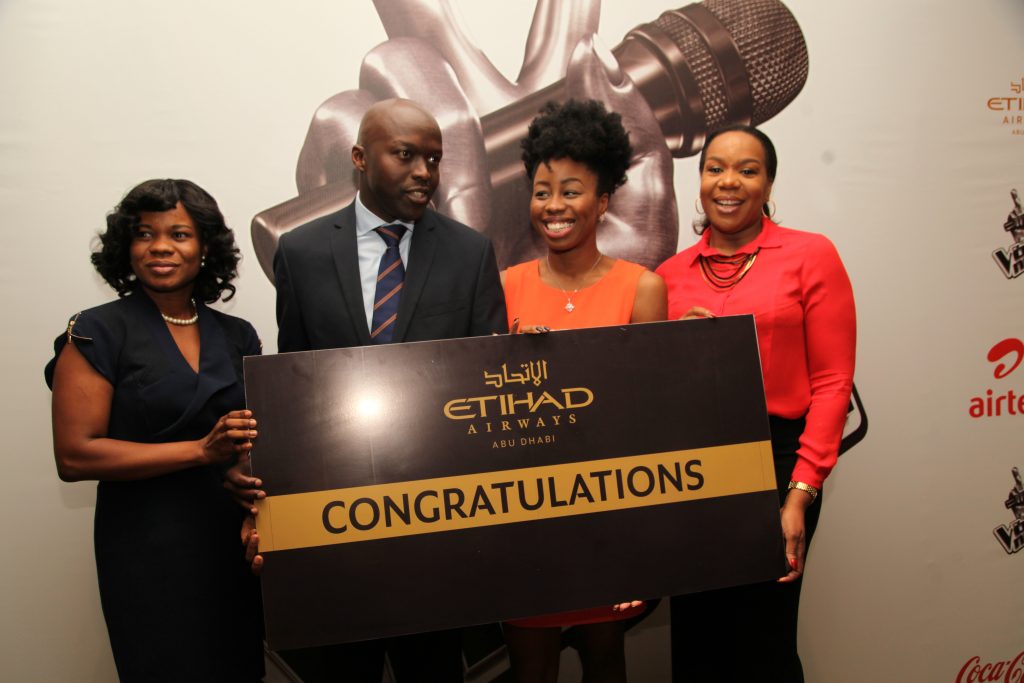 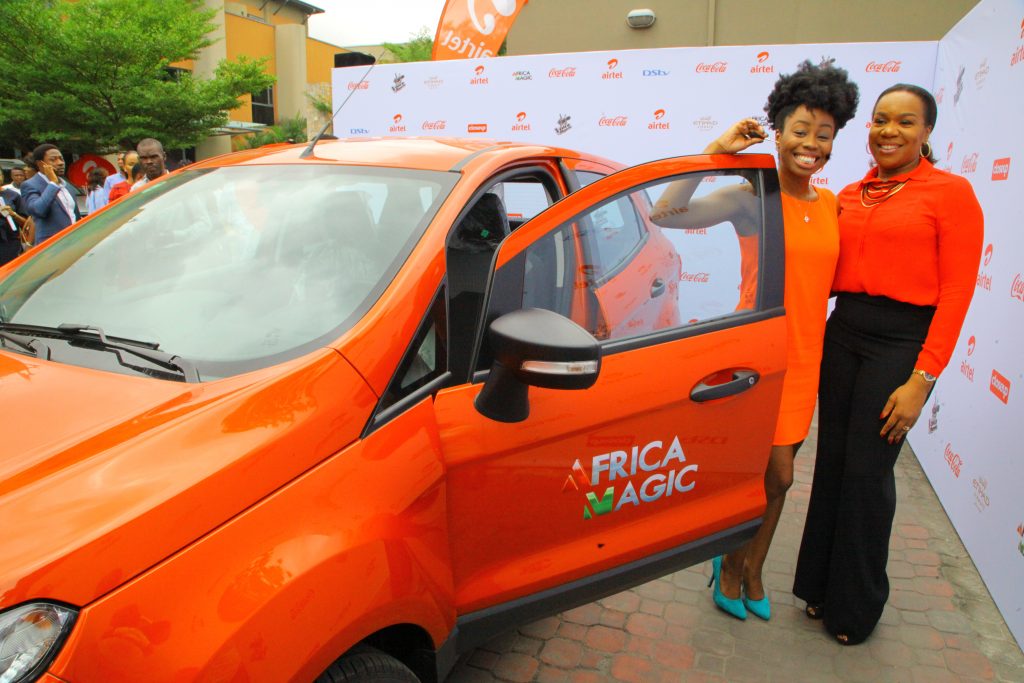 “The show is a cut above other singing reality shows. From the moment we started, we knew we were on a different journey and the attention to detail, mentorship by the coaches and the incredible training sessions are unparalleled. At the end of the show, I can confidently say that all the contestants showed incredible growth personally and professionally and we are all grateful for the experience, the exposure, and the platform,” she added.

Also speaking at the press conference, Mr. Dozie Okafor, the Media Manager, Coca-Cola Nigeria praised the production values of the show and the mass following the first season garnered over its three-month run. Speaking further, Mr. Okafor hinted at deeper partnerships between Coca-Cola and the Voice contestants from season one, and for future editions of the show.

Season one of The Voice Nigeria premiered on the 10th of April 2016 and the grand, live finale held on the 31st of July, 2016. The show aired on Africa Magic Showcase (DStv 151) and Africa Magic Urban (DStv 153). The Voice Nigeria was brought to viewers by Africa Magic and proudly sponsored by Airtel, in association with Coca Cola. Other sponsors include Unilever and Etihad Airways, the official carrier of the United Arab Emirates.