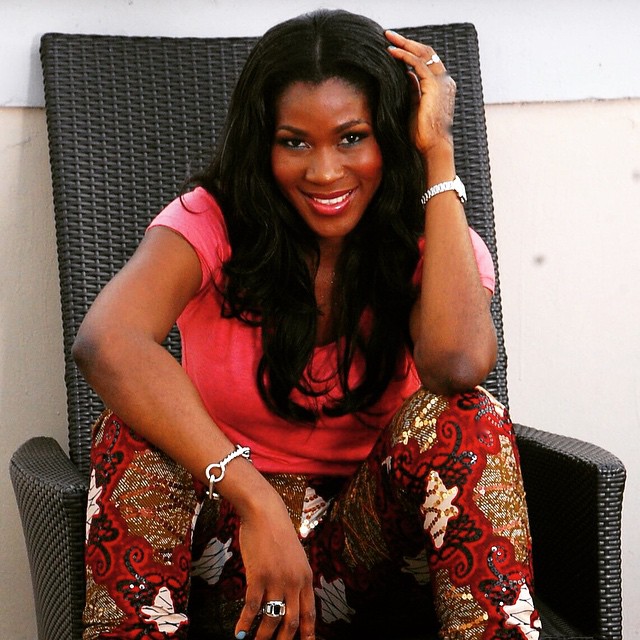 Stephanie Okereke -Linus was born on the 2nd of October 1982. She is an indigene of Ngor Okpala in Imo state and the runner-up of the Most Beautiful Girl in Nigeria 2002, an Actress, a Writer, a Director and a Producer.

There are many people that boast of being all these things Stephanie is, the thing is, she manages to do these things differently. She has made giant strides in the industry with a difference that we want to emulate.

My friends say I talk about Stephanie too much, even when there is nothing to say. Well today you will find just a few reasons why I am always talking about Stephanie.

We are talking about a woman we watched from the very beginning, be different. She started by doing things her female and even some male colleagues could not try. She did not just deliver convincing dialogue or give us a powerful facial expressions that made us identify her as a good actress. Stephanie jumped down from tall buildings, wore catsuits, and kicked Saint Obi so hard he did not look like our Saint Obi anymore. Stephanie is the lady that found a balance between being Angelina Jolie and Julia Roberts. The only woman who has found that balance in film, even when an accident wanted to slow her down, she came back to us stronger. If you have not watched films like Strength of a Woman, More than a Woman, Woman on Top and Sitanda, you may have a hard time grasping what I am talking about but either way Stephanie Linus- Okereke is worth appreciating. She is a queen that deserves another coronation.

Dry was a new statement from Stephanie. She has always been about female empowerment (check her past works) but Dry was different. Dry a film she wrote, directed and co-produced alongside Jane Lawalata was a new dimension, compared to films that we usually see. It was a serious statement. “Art made to conscientize”. Art made because it is factual and when it is factual, and coming from such an influential person, there are lives that are going to be changed.

Stephanie continues to make giant strides in the industry more than any actress turned director or producer. They have done it for the money, Stephanie did it because she realises how important her voice is. Instead of serving us another over-flogged content, with the same storyline and actors, she chose the highway. Risky, yet she tried it. A well-packaged film that has stroked a few people’s consciousness, including mine. Vesicovaginal Fistula is the reality of many young girls and it is no coincidence she released it months after the kidnap of the Chibok girls and a year before the Ese Oruru situation.

If Dry was made by any other Filmmaker, would it be the film it is today? We would never know the answer to that but it was important that Stephanie made Dry; I love to think that because she was involved, it made such a big statement. A much-needed statement.