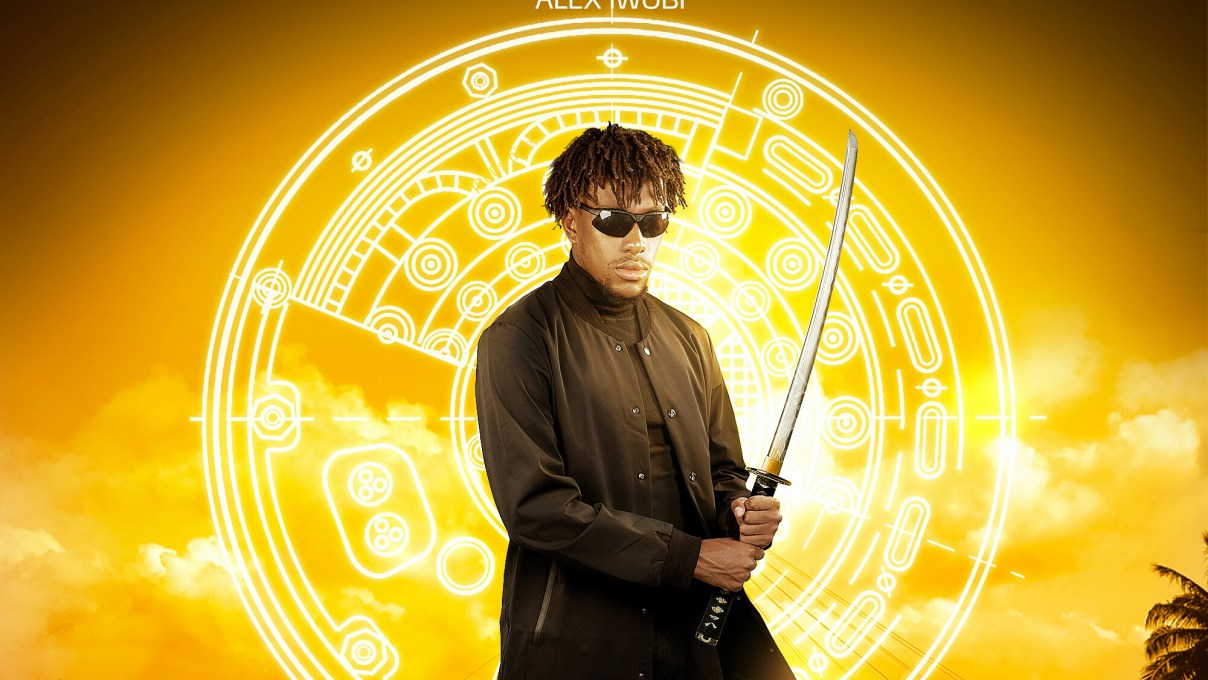 Nigerian footballer, Alex Iwobi, who plays for Arsenal FC has made his Nollywood debut in a new movie titled “Inpadisu.”

An official trailer for the film released on Friday shows the 22-year-old footballer being chased by mysterious characters after “a simple choice changed everything.”

Alex is pictured as the main character on the film’s poster as he holds a samurai sword and is dressed in black. In the movie, Alex and Somkele Inyamah, are being hunted by villains.

A statement by his managers made on Friday, Alex took time out of his extended break to participate in the movie shoot around Surulere, Lagos.

It was also confirmed that the filming for the movie ended in July before Arsenal training tour for the 2018/19 new football season began.

According to the statement, the brilliant Arsenal midfielder did not perform high-risk scenes in the movie as a stunt double was used.

No release date has been confirmed for the movie but the trailer states that it will be available in Nigerian cinemas before the end of August.

However Alex Iwobi isn’t the first Super Eagles player to star in a Nollywood movie. Former Dream Team goalkeeper, Emmanuel Babayaro, tried his “gloves” out in acting a few years back. He has produced and starred in numerous movies including Growing Up, Taking Chances, You Are My Sunshine and Fantastic Fanatics. Former Super Eagles winger, John Utaka, also made his Nollywood debut in 2013 in a movie titled “Battered” alongside multi-award winning actress, Fatima Jabbe. The latter is currently the First Lady of Sierra Leone.

Osaze Odemwingie also made a cameo appearance in one of Babayaro’s movie, Growing Up, in 2005.

Check out Alex Iwobi in his first feature below