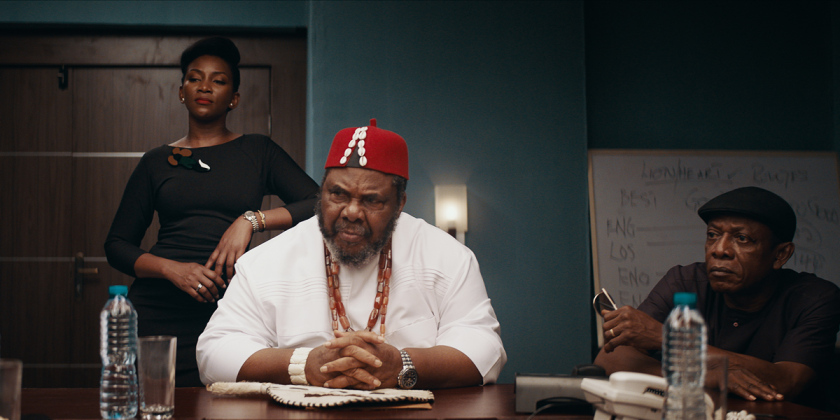 Genevive Nnaji is taking her long awaited “Lion Heart” to the Toronto International Film Festival. TIFF announced that 46 breakout films from 50 international storytellers will be part of its 2018 Discovery lineup, marking a record year for the programme. Hailing from 37 different countries, these promising new filmmakers present works that explore identity, complex portraits of women, and youth as they struggle to navigate a fragile world. Twenty-nine of the films will make their World Premieres at the Festival.

In order to save her father’s ailing bus company, competent but perennially overlooked Adaeze must find a way to work alongside feckless uncle Godswill, in the sharp and comically observed directorial debut from Nollywood star Genevieve Nnaji.

Nollywood superstar Genevieve Nnaji returns to TIFF, this time behind the camera with a directorial debut that puts a new spin on the old adage “family and business don’t mix.”

Nnaji plays Adaeze, a level-headed executive in her father’s bus company, Lionheart Transport. Time and again, Adaeze has proven her keen ability to make a profit and to manage the most heated situations. But when her father (stalwart star Pete Edochie) falls ill, both she and her rival (Kalu Egbui Ikeagwu, boosting the marquee cast) are passed over in favour of Adaeze’s less-than-suave uncle, Godswill (Nkem Owoh, who lights up the screen with his comic presence)

Check out the trailer:

Previous Post Kemi ‘Lala’ Akindoju Bares It All in Naked!