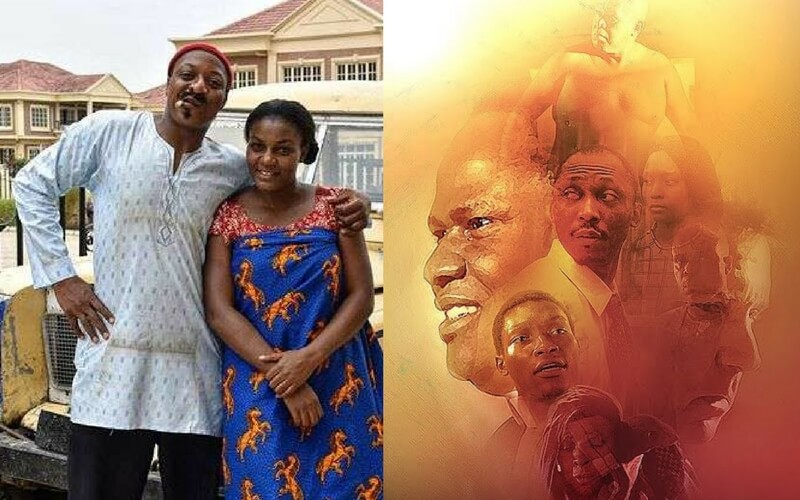 The festival veteran and highly anticipated Potato Potahto will debut this Friday (along with Christmas Is Coming) on the 24th of November. Muyiwa Aluko’s Bandits and Pascal Amanfo’s Celebrity Marriage were released last Friday, with the trailer for the later (starring Chigurl Omeruah and Joke Silva) proving to be a comedy must-watch.

Check out more Nigerian films showing and expected in cinemas this week:

2. Bridge Of No Return

An inglorious journalist sets out to interview a deceased Preacher. He is introduced to a young pastor who obliges to be of assistance in getting his story, but ends up having an encounter that would change his life forever.

A hardworking and relentless young lady unknowingly gets into a toxic relationship with a man that never takes responsibility for anything. With abuse and violence on the rise, she becomes emotionally and mentally drained but won’t give up on her marriage.

An illiterate village man with his family are headed to a church summit but their car breaks down. They have no choice but to stay with an unlikely but wealthy family member. With the comfort they experience, will they ever leave their family member’s home to go to their summit or back to the village?

A jobless high class sociable lady mounts pressures on her fiance (Raymond) with a meager salary to get married to her immediately or face her wrath. Raymond loves her so much and begs for more time as he complains his resources will not be enough to fund the high class wedding of her dreams.

A mysterious stranger comes into a stripper’s life at the same time a serial killer murders ladies across town. A mere coincidence or an ominous design of fate?

At a getaway event, a group of malicious women are met with challenging trials that each must confront or succumb to. This is another adventure from the producers of Lekki Wives (TV Series).

9. Blood In The Lagoon

Against all odds, a young boy, from the devastatingly poor fishing slums of Lagos is determined to pursue the dreams of his brother who is murdered. With no support, but with focus, commitment, hard work, reliance on God and good moral judgment, how far does he go?

Over the past few years, a menace threatens a portion of Northern Nigeria. This forces some people to take to begging on the streets of Lagos. Safara is a spectacular true-life movie packed with emotions, soul stirring challenges and surprises. This film shows at the Filmhouse cinemas in Kano, Nigeria.

A tomboy has a string of ill-luck after being transformed to a ‘lady’ by her mischievous flatmates just a few days to Christmas. She unintentionally falls in love quickly and has to deal with its immediate consequences.

Next Post Movie Review: “Side Chick Squad” has a misleading title but it’s a slightly enjoyable film!