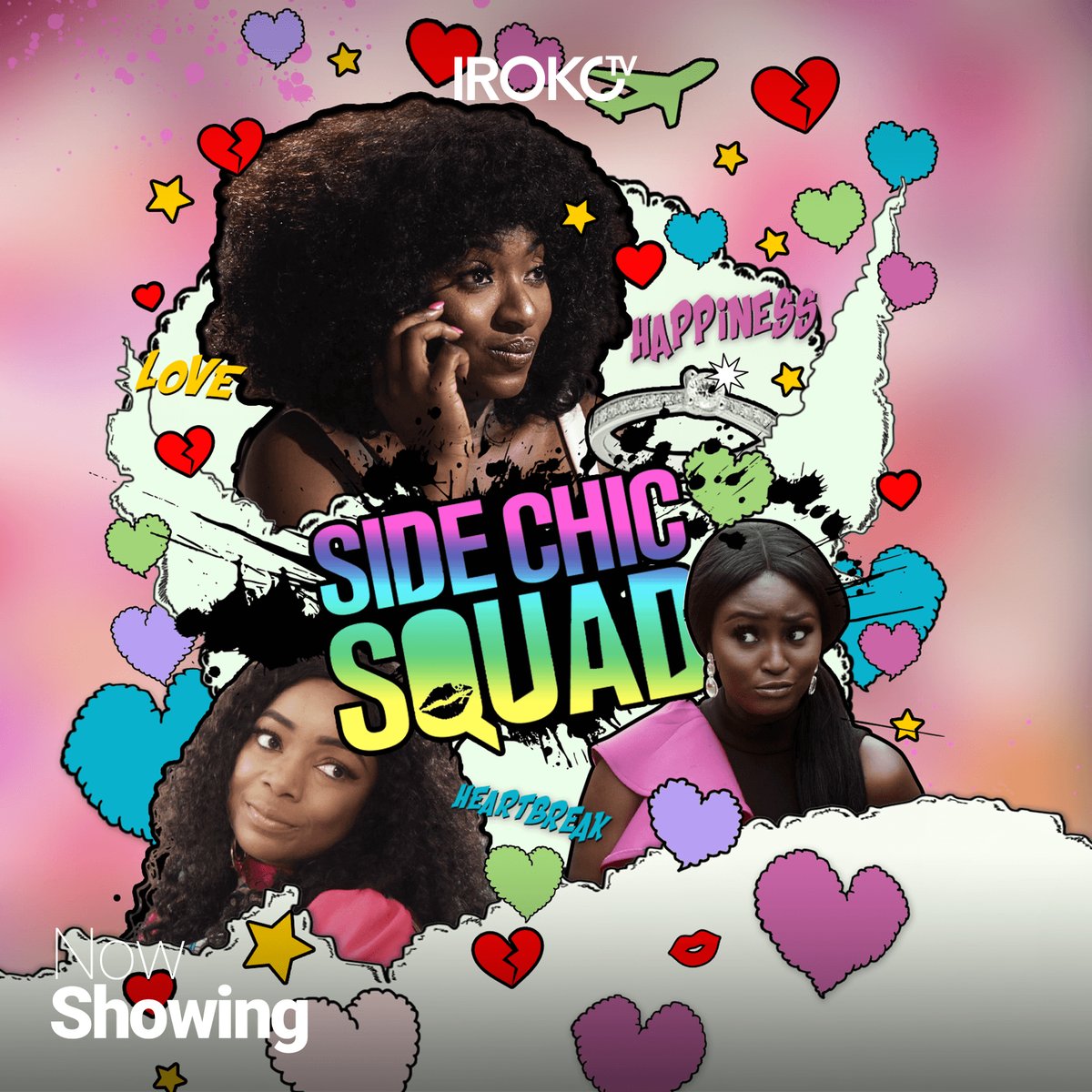 What would you expect from a film that has an imposing wedding planner, a heartbroken woman trying to get her man back, a woman excited about her wedding and a pregnant woman not too bothered about life – chaos!

The name ‘Side chic squad’ presents itself as a chic flick about jobless women getting into a relationship with committed men, but it is not. The choice for such a title is either because of the lack of ideas to title such chaos, or as an attempt to get the attention of the iRoko viewers, who clearly love productions with groups of women causing drama.

Mayowa (Yvonne Jegede) agrees to an open relationship because she wants to keep the perfect man and does not want to appear too clingy. The idea of an open relationship allows him to explore other people and he realizes that he needs more than what he has with Mayowa. He breaks up with her and decides to have a relationship with her gynecologist instead. Mayowa endures extreme heartbrok that her character metamorphoses into a delusional woman, who frustrates her friends to stalking her ex-boyfriend and his new girl-friend.

‘Side Chick Squad” has its moments of humor especially in the way that Yvonne Jegede performs her role as Mayowa. 70% of the situations happening in this film is unbelievable and while this is created for the sake of humor, a little attention to details should have done the film better.   The intrigues come in the last scenes, where the lovers are re-united.

Like many other films with no explanation to how situations happen, we watch Mayowa act crazy for the better part of the film, instead of explore her healing from the heartbreak, the film skips this and all of a sudden Mayowa is a strong woman. This will make you ask your screen some hard questions but it is not something the writer considered while writing the script.

While the pairing of the actors is enjoyable, it does not save the film from the cliché scenes that pile up on this one; including a meeting where the girls form solidarity on ‘how to get Jerry back.’

Have you seen ‘Side Chick Squad’, tell us what you think?

Previous Post 12 Nollywood Films To Catch In Cinemas This Week!

Next Post Check out Stanlee Ohikhuare Video to the Soundtrack of #IDAHOSATrails!