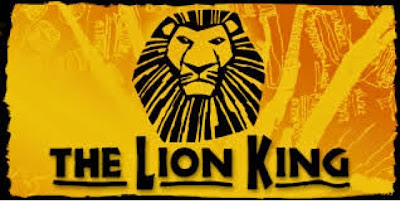 While on a journalism training in London, organized by one of the biggest banks in Nigeria, we were presented with options to go see the following plays- ‘The Lion King’, ‘Mamma Mia’, and ‘Thriller.’ And while the thought of seeing all three would have been fantastic, we could only pick one and we all unanimously agreed that it was going to be the ‘Lion King’.
Getting to Lyceum Theatre on Wellington Street, wasn’t such a big deal, there was light traffic here and there, but we got there in good time. Now the thing about the Lyceum theatre, located on West End in the City of Westminster on Wellington Street is that it has been in existence since 1765. From 1794 to 1809, the building has hosted a circus, a chapel, the first London exhibition of waxworks displayed by Madame Tussaud, and other entertainments.

Timing as it relates to theatre in London is very important, so when you see a 7:30 kick-off, you better believe it. We arrived 7:25pm, while waiting for our tickets, they began to shoot the doors right in front of us. Getting in, eventually, we were directed, not ushered, no one has the time to physically take you to your seat or find your number, they tell you were you are going and expect you to obviously figure it out. In the hall, I felt like I was in one of those movies where they have a theatre scene. It was old yet historic and conveyed the richness that was present in London theatre scenes. The theatre had a 2100 capacity seating which was full already. There were the ground seats, the private boxes and then the foyer which was where we sat. 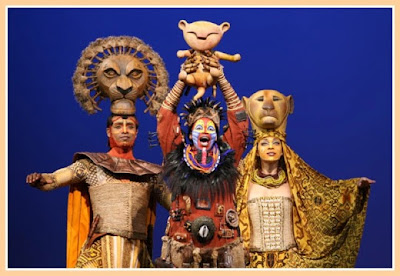 For those of you who have watched the 1994, Lion King, you know how it kicks off, with the ‘Circle of Life’ song by Elton John and the different animals coming together for the presentation of the future heir to PRIDE LAND. As nostalgia sets in, I marvel at the use of props, human beings dressed as animals, the forest and grass with distinguishing costumes and puppetry that make the production feel extremely magical. The use of space and a moving stage, yep, the stage changes to suit the different scenes, gives one a freshness and another level of appreciation for professionalism, stage directing, acting and the whole production.
I looked out for my favorite characters from the film and tried to tie the characters that voiced it with the performers and it just further drove my nostalgia off the roof. While Mufasa, didn’t sound exactly like James Earl Jones who voiced the character in the film, he however had the presence and commanded the room. His genuine fear and concern for the safety of his son Simba felt relatable. Scar one of my best characters kind of sounded like Jeremy Irons who voiced it in the film, his betrayal, skimming and plotting with the hyenas was the plot of the whole production and still felt wonderful on stage even after 20years. Young and old Simba’s were astonishing. Older Simba voiced by Matthew Broodrick in the film, showed his difficulty in finding his way, his shyness when he found love and his eventual boldness that lead to his return to PRIDE LAND. Let me not forget, Zazzu, Timon, Pumbaa and the hyenas they portrayed every chuckle, every snide remark, every detail like I was used too. I even sang along and recited lines as I remembered them.
Sound quality was tight, we heard every word from what the performers were saying, the instrumental, the drums, the violins all these various elements that brought Elton John and Tim Rice’s pop efforts and earthy, soul-stirring African arrangements together further depicted the richness of our mother land.
20 years after the film and 15years in the London theatre, The Lion King delivers nothing less than an astonishing and awesome rendition that don’t seem like it had aged one bit, along with a deep felt celebration of life, which was extremely magical. 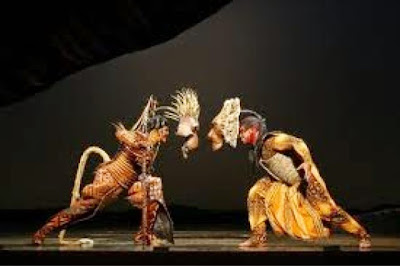 Xplorenollywood  recommends ‘The Lion King’ to all Nigerian theatre lovers in London, looking for something to do with the family this summer.
Viewing times:-
Monday 10am – 6pm
Tuesday – Saturday 10am – 8pm
Sunday 11am – 3pm
PERFORMANCE TIMES
Evenings: Tuesday to Saturday 7.30pm
Matinees: Wednesday, Saturday and Sunday 2.30pm
TICKET PRICES*
£69.50, £59.50, £49.50, £42.50, £35.00
Prices subject to a £2.70 booking fee per ticket, not applicable to tickets purchased in person at the theatre.
Booking fees may differ when purchasing tickets through other agents.
No votes yet.
Please wait...
Voting is currently disabled, data maintenance in progress.