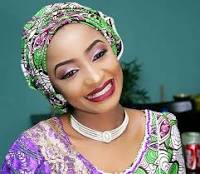 Rahama Sadau is proof that we are capable of coming out stronger when we suffer a setback. The actress received a ban from MOPPAN (Motion Practitioners Association of Nigeria) for featuring in a music video where she cuddled and hugged ClassiQ. The ban started an important conversation on religious restrictions on women. Before the ban, every production Rahama featured in was in the Hausa movie industry. Some weeks after the ban, “Sons of the Caliphate” made its debut on Ebony Life TV. The series received rave reviews. Rahama was also invited to feature in a Jeta Amata production, alongside Akon.

2017, was the best year of her career with “Accidental Spy”, “Ajuwaya”, “Tatu” and “Hakkunde” enjoying critical to moderate success at the box office. While her career in Nollywood was thriving, Rahama was also considering her place in the industry she started with. She wrote a letter to MOPPAN, pleading for her ban to be lifted in November. Rahama can enjoy success in both industries as the ban has been lifted by Kano state governor, Abdullahi Ganduje.

In its statement, MOPPAN had said it hoped Rahama Sadau’s expulsion, which it referred to as total, would serve as a deterrent for other actors.
Rahama made her debut as a producer in 2017. The ban did not deter her from producing “Rariya” which was promoted in Kano. She intends to produce more films in 2018.

Next Post Top 7 Female Filmmakers To Look Out For In 2018!