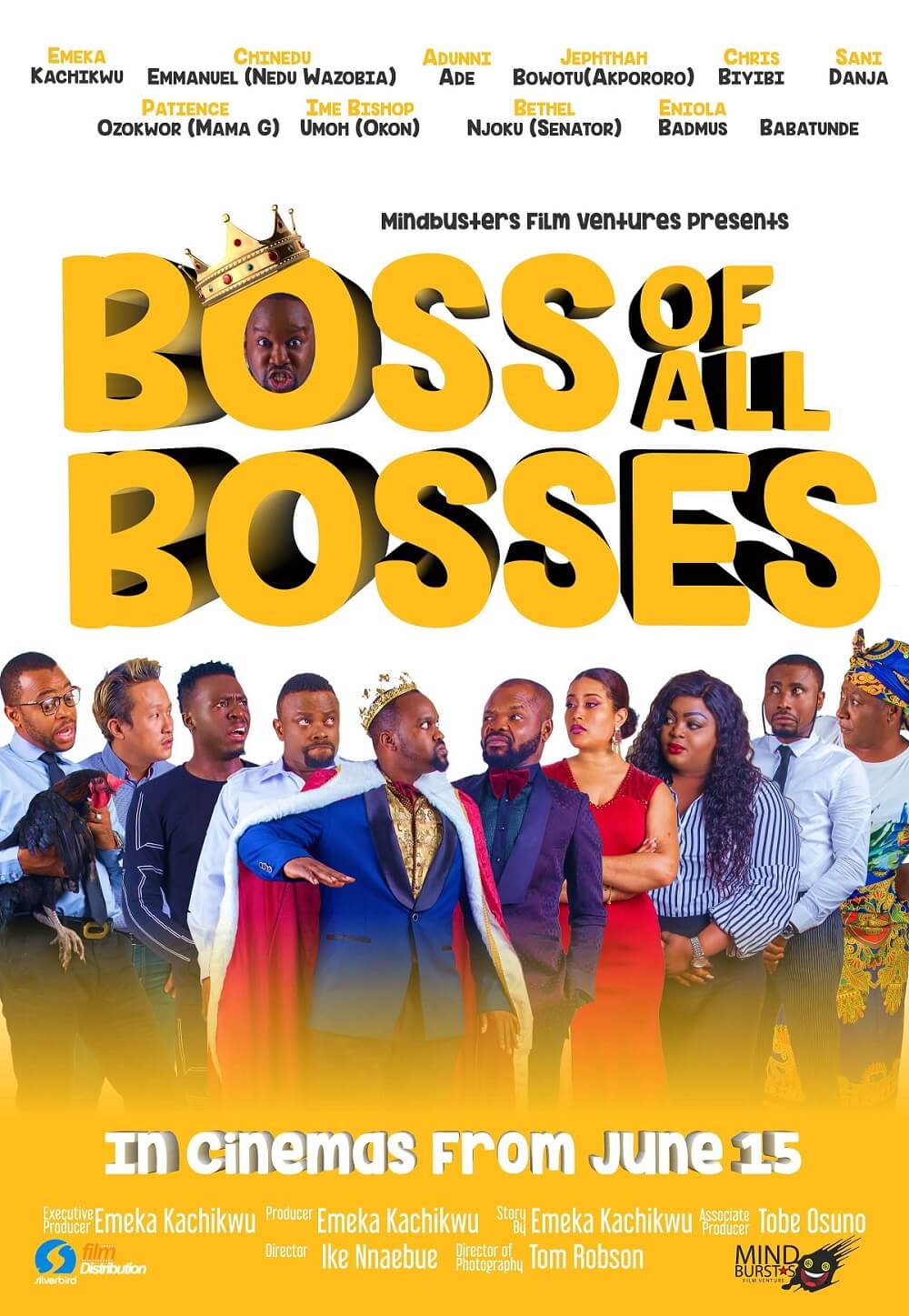 The Boss of All Bosses is a collection of comedians trying to make something out of a patchy script. Fashioned for a laugh-fest, this film is built largely on fantastical premises too closely tied to spoilers. Written and co-acted by Emeka Kachikwu, the story follows Tony (as himself) acting as the Managing Director of Hemcorps. With an unsavoury performance and one to many reckless decisions, the company’s CEO and founder (Chris Biyibi) shows up to take charge. To Tony’s consternation, another Managing Director (Chinedu Emmanuel as ‘Samuel’) is installed, bringing the count to two. The men are then requested to bring a top client to the firm (within six months) or risk losing their jobs.

First of all, most scenes were riddled with excesses from Tony. Like the part he turned his office upside down over a fight with a stray chicken. His constant ado over little to nothing were unconvincing and over the top. His ruckus with Eniola Badmus, in an unnecessary side attraction designed to posit him as a horn-dog, failed to come off properly. Even Jephthah ‘Akpororo’ Bowotu and his brief appearance (over an undeveloped kidnap) added nothing to the film but more time. Patience Ozokwor brought the first bit of comedy near the beginning while Imeh Bishop sustained it till the end. And the scene where Imeh Bishop asked to eat Francis (Sani Danja)’s bereaved chicken is in itself a must-watch!

In the end, this production is a waste of impressive cinematography and crystal clear audio on a faulty story-line and misplaced casting. Like in Circle of Trust, another of Ike Nnaebue‘s directorial credits, Boss of All Bosses is suitable for people looking for a distraction from the realities of the world.

Next Post 5 Nollywood films expected for release in the second half of 2018!