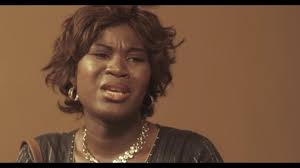 Russell Oru tells us a poetic story in chapters, with his new film “Alone”.

“Alone” takes inspiration from several issues, including single parenthood, early marriage, sickle cell, love and ambition to tell the story of Eyal, a very focused young girl, who despite all challenges finds success in a life she has always dreamt of.

A sharp way to get an audience attention on a social issue is to create a short film. In “Alone”, Eyal tells us her story in a poetic voiceover, leading us through the progression of her life as a teenager and then as an adult.

While the powerful narration in “Alone” aids the storytelling, a great asset for “Alone” is the progression of Eyal’s ambition from dreamer to doer. This progression is also accompanied with interesting camera directions.

Single parenthood is a very delicate topic, especially as it is written in Nigerian films. In “Alone”, although rapidly, some of the challenges of single parenthood are captured. The story strongly captures the importance of pre-marriage genotype testing, which we see compile to the struggle of Eyal’s mother when she becomes a widow.

While the film gives focus to social issues, “Alone” is also quite the artsy film. Its inspiration in experimenting with an art house-shoot-style is Eyal’s goal to be an actor. While being very poetic, its progressive camera angles also gives the film audience something to appreciate about the filmmakers style. “Alone” uses a poetic drive to carry us through each chapter of Eyal’s life and the eventual love story that unfolds.

For some people, the film is enough inspiration, especially if they have interest  in the arts and fear that barriers might stifle the dream.  For some other people, “Alone” will raise their consciousness on the issue of pre-marriage genotype testing.

Previous Post Claws Come Out In The 4th Teaser of ‘Chief Daddy’!

Next Post NTA: Watch Will Smith as Aladdin in Disney’s ‘Aladdin’ Teaser.