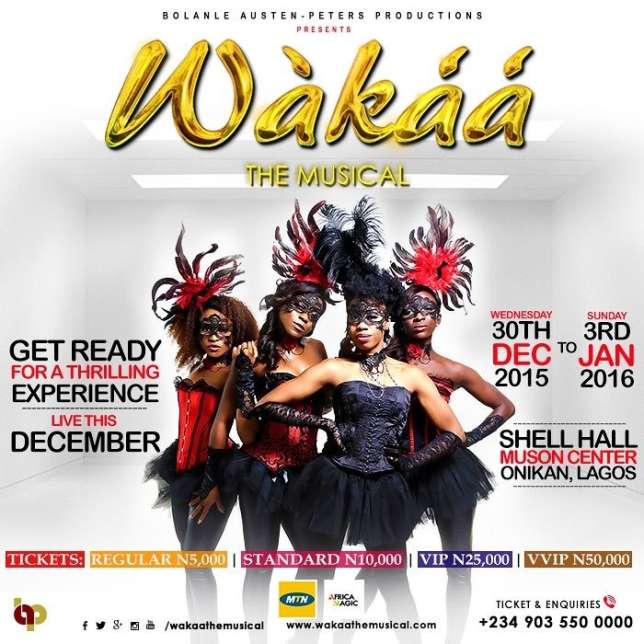 In the spirit of the New Year, I decided to see Bolanle Austen Peter’s production ‘Wakáá’. I had been advised to arrive at 2pm if I was interested in regular tickets, but as a naija babe, I turned up at 3pm and viola, regular seats had sold out! Omo, not wanting to come back in the evening, I quickly purchased standard tickets and proceeded into the hall for the musical. The shell hall wore a new look with the introduction of theatre style sitting for VIP and regular guests. Not that this helped in the numbers aspect, but it gave the VIP guests a better view of the stage and appreciation of how theatre styled setting should be.

Wakáá the musical a successor to the critically acclaimed SARO is a story of struggle and success. While these productions are from the same stable, asides the cast, these productions take on the Nigerian circumstances in different ways. Written by award-winning script writer of The Meeting & October 1 – Tunde Babalola, Wakáá is a play about the trials and experiences of 4 graduates with varied backgrounds. The story reveals their struggles and challenges, as they attempt to make their way in present day Nigeria and abroad after graduation.

Patrick Diabuah, A’rese Emokpae and Ade Layoye from Saro fame held down the main characters as Tosan, Kike and Ngozi respectively. The new addition to this team, Jolomi Amuka  who played Rex was a good addition to the team. As expected, Patrick put up a stellar performance from his baritone voice to his command on the stage. The chemistry between himself and Kike is one I am familiar with and they didn’t disappoint. Kike taking the role of a pampered over indulged lady felt out of place from her Saro role, but she was a dream to watch. That voice as she belted out tunes from Asa, Adele, P-Squared and the rest was melodious and inspiring.

Ade Laoye as Ngozi was as controlled as expected and for some reason, I thought she would be the one to get Tosan at the end.  While my Nollywood brain might have been at work, it just seems like Ade gets those roles where she portrays a serious person trying to give back and do right in the world and doesn’t ever get the guy. Her performance too was great but some of her costumes felt over the top for a humanitarian, . Rex played by Jolomi Amuka was welcome. He was a smooth talker, flowing in and out of his lines and scenes. I liked his exchange with Tosan and with time, he might be the one to watch in Theatre for 2016.

Ozzy Agu and Dolapo Oni also joined this production and they brought their A game. Ozzy’s accent felt South African though, but when one looks at the character he portrayed it all seem to fit perfectly.

As this was a musical all I can say is I have a new leave of respect for the musical director in the person of Olumide Ogunfowode. A mix of original and Nigerian songs with the use of a live band, made the production epic, I didn’t like their version of Katy Perry’s ‘Roar’ I am a biased fan like that, however, I did like the way they spun it around and sang in Yoruba. I got goose bumps from the child who sang Dare’s “Pray for me” I swear he can give Dare a run for his money.  I’m hoping all the songs from this production will be placed on a cd and sold with the money going into more support for the arts.

Choreography, was so on point with acts and dancers moving in sync wouldn’t have expected anything less from the stables of BAP.  Costumes were also classic, a mix of bright hues and vibrant colors brought the stage alive. Compared to Saro, Wakáá’ had more than a 100 people and having to create outfits from scratch for a cast of that number is no easy feat. Award winning fashion designer Lanre Da Saliva, was one of the costume designers for the main female characters but as I had mentioned early, the dresses seemed out of place for Ngozi the  humanitarian.

As it relates to set design, I am happy the use of the digital screens have come to stay as this takes care of having to ensure each scene is ably covered with the right props. Production was top notch, don’t think they made use of any equipment by Muson as lighting and microphones were crystal clear with no glitches.

The play was written by Tunde Babalola and his play with misplaced priorities of the graduates, the politics and the love story was well put together and totally in touch with our present realities. I liked the infusion of other plays and movies into the lines and the synergy between music and lines. A bit long, but a masterpiece no doubt. Directing this time was handled by the producer of the play herself Bolanle Austen Peters. If this is her directorial debut, then she put her back into it and did a wonderful job as the scenes both musical and conversation fit well together. 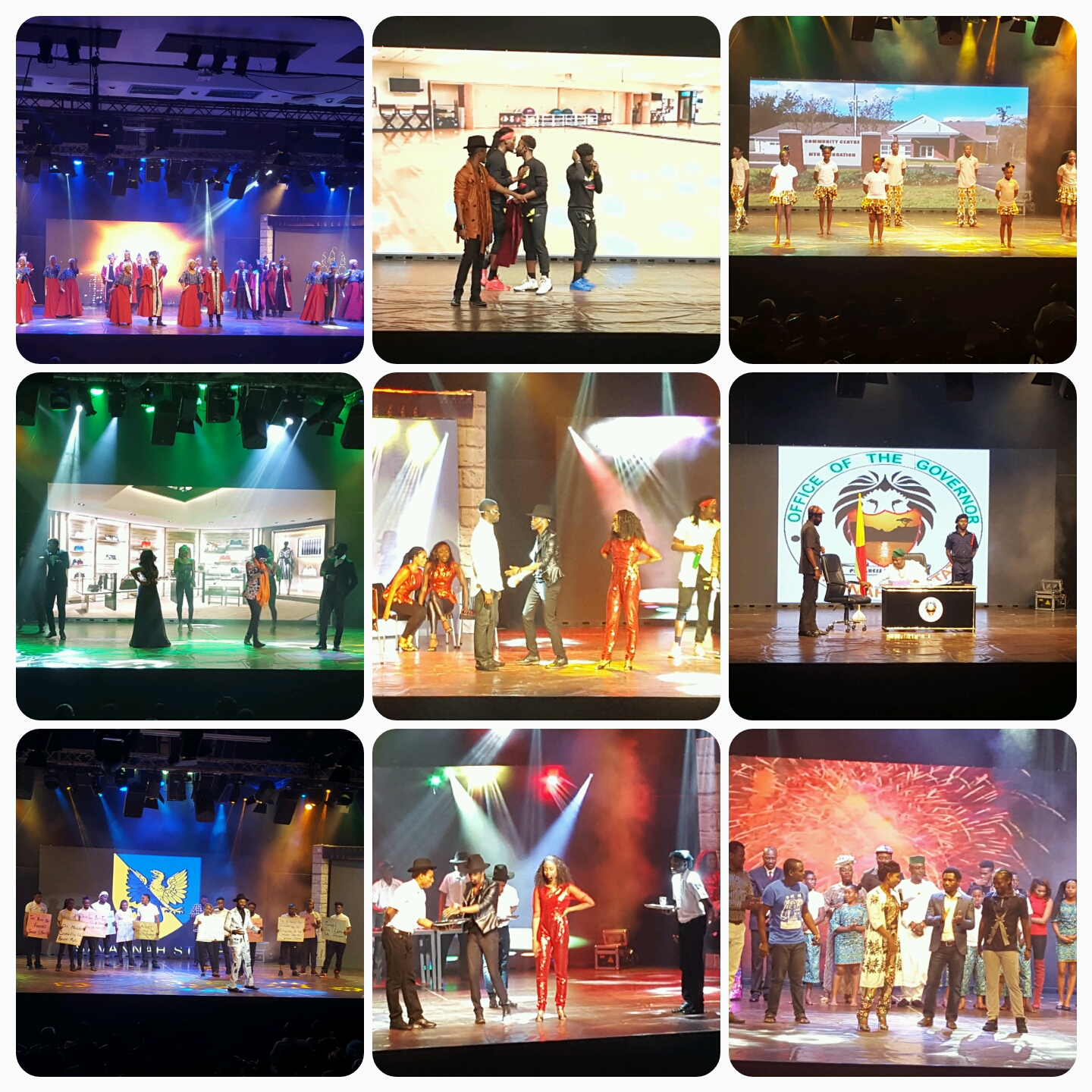 Wakáá, is a great start in 2016 for theatre and will run till Sunday the 3rd of January.

Xplore recommends Wakáá for the whole family and it earns a 9/10.

Here a few clips from the musical, please forgive my juvenile recording skills.

Have you seen Wakáá tell me what you think of this review.