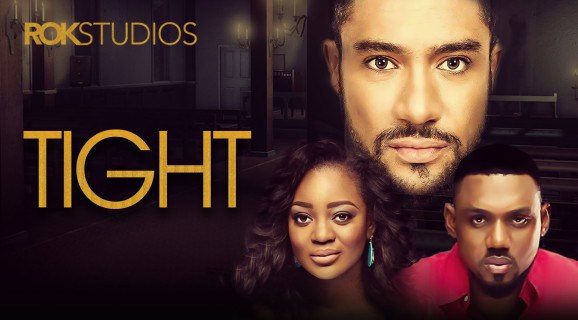 This film focuses on a church congregation, as one big unhappy family, and how it all comes crashing down. It follows the life of Pastor Fred (Eddie Watson), a church owner who sleeps with his female members and arranges fake miracles with his personal assistant – Desmond (Gabriel Addo Narh). At a point, Desmond asks for a Toyota corolla but Pastor Fred refuses. This incites Desmond to bring in a real dead person for the next spiritual circus on a Sunday. The ultimate showdown. A classic case of disgracing oneself on a pedestal, in front of the whole world.

The award-winning writer-director, Pascal Amanfo (House of Gold, Matters Arising), tries to bring the Christian into recognition of a truth. He emphasizes (via a documentary run by Majid Michel) that the ‘church’ isn’t a pile of bricks, but the physical body – the temple of our God. As reflective as this film is, it isn’t for a general audience with diverse beliefs. It is based on the Bible as the foundation of its reasoning. How should a non-Christian deal with this? It places this film strictly in a category for mainly churchgoers and theologians.

A Purity Media and iRoko Partners collaboration, Tight (In God’s name) was completely gripping right from the first scene. Editing was nothing short of superb and so was the visual quality. Unfortunately, voices kept re-echoing intermittently like with Akofa (Abigail Badoo/the Producer) and Emefa (Dellasi Zigah), then again with Brother Sam (Ivan Selasi) and Sister Gloria (Liza Laryea).

Camera angles (Tunde Adekoya) didn’t capture long distance views satisfyingly. Color effects (Okey Benson) were heavy with saturation and sharp highlights. The pastor’s driver looked too young and, to be riding with such a well-dressed man of the cloth, he should have at least brushed his hair. With the size of the church, back-office and all, it felt improper for Pastor Fred to have his seat in the congregation. He also didn’t need to come in via the front entrance like a new attendee.

The soundtrack and the music (by Austin Erowele and Peter Avettey), both in church – on stage, and in the background, nailed it in every single scene. In totality, it was an amazing film I was glad I watched. I can’t think of a better script to have started the weekend with.

View the trailer and remember to share your thoughts.