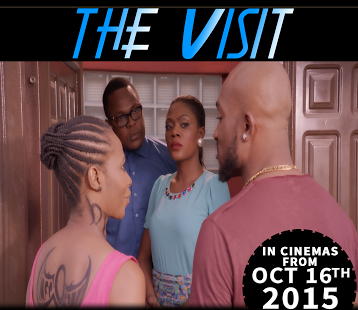 The Visit is a four-cast movie, produced by, Nigerian entertainment company, Koga Studios. With a focus that is really prevalent in the country especially in Lagos -meddling, ‘The Visit’ is a story of two couples living together in a block of flats, but with completely different lifestyles. Their parallel lifestyles at a point collide and the resulting effects are both intriguing and quite shocking.

Both are career driven and successful in their respective fields. For the Nebos’ their regimented and quiet lives though boring to many is that which brings perfect harmony into their lives and relationship or so they think. The same cannot be said for their neighbours; their lives are an embodiment of chaos, gross misconduct, and everything else the Nebo’s are not.

The opening scene focuses on the lives of Lanre and Ajiri Shagaya and for some reason my mind flashed back to my friends in university who totally fit this bill. The chaos and gross misconduct of this couple cannot be overstated, much so that we all say a prayer for the kind of neighbours we have or will meet in our lives. While the couple played by Nse and Blossom bonded properly, I couldn’t help but notice the tattoos that adorned their bodies. While this might not mean much, I have said constantly here, that if we are going do it, we just have to get it done right. 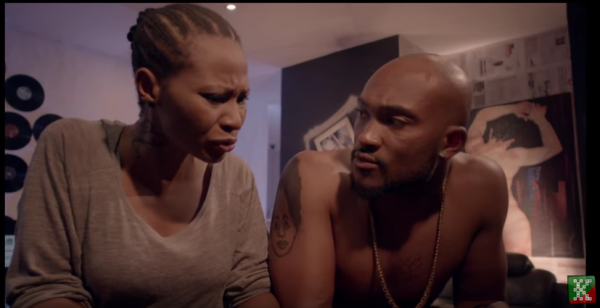 As a four man cast, they all did a great job. Nse as Ajiri was a wild card, she felt totally at home with her character and her wèèrè attitude. Having sex outside, screaming and just being an all-around jaguda felt like a second skin but seemed more akin to being Yoruba than from Warri, but the area has been so stereotype, as an indigene of Ughelli I always feel lost as to what the real waffi persona is. She however out did herself and her demonstration/explanation of how to have good copulation (the word used in the movie) was well done, it had us all reeling in laughter.

Lanre played by Blossom the struggling music producer did great. He was disgusting; trying as much as possible to be macho when he was truly a sisi with a large heart was true to form. I also like that Blossom goes out of his way to do characters we will never expect! Definitely good for his brand in the industry and he should keep this up. The chemistry between him and Nse felt real and they were truly at home with each other’s characters. 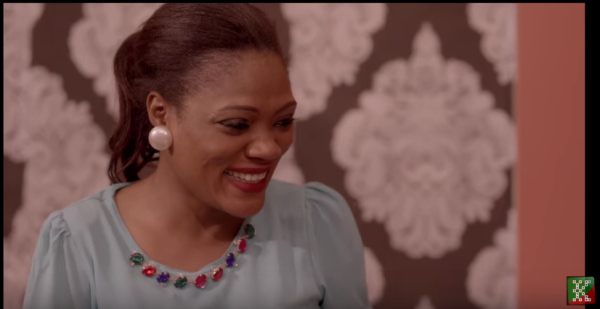 Nobody plays a great Stepford wife like Glenn Close but I believe Eugenia played by Bayray Mcnwizu fooled us pretty well. I had seen Bayray Mcnwizu in ‘Lies Men Tell’, and felt she could do with some more acting classes! If she has indeed taken some, then I must say, her Stepford wife role was well acted out especially since she was… (no spoilers)! Her lines were well written especially during the meeting scene and her delivery was pretty good. Kudos to her, as it can only get better.

Femi Jacob as Chidi did well, as the composed unassuming husband, coming clean as his new neighbours came for a visit and probed till there was nothing left, had sharp witty and sarcastic lines that when one says that some guys can be truly dumb, I believe after watching his character. But don’t be fooled as what he had up his sleeves didn’t seem as bad as what his wife had to offer. 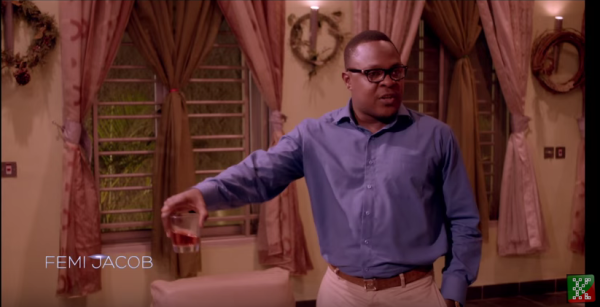 The script was a good one and kudos goes to Kehinde Joseph, while I watched the movie, it felt like no couple or person on earth will truly air their dirty laundry like this, however, I hand it to them how the manage to bring out the ills in relationships that people tend to overlook with a touch of humor to make swallowing it easy. Initially, it felt like the evil that women get up too once they are free-lance, but the balance position which included the men wasn’t overlooked and i hand it to Kehinde for that.

Production quality was clean and clear with appreciable camera angles, costumes aligned with the characters roles as props and sound quality was well appreciated. For Director Oyefunke Fayoyin who was the Assistant Director of The Next Movie Star and had her debut movie, ‘The Gods are not to blame’, in 2013.  I just lite up when I see female directors in the industry and looking at the cast, I am guessing that getting them was probably no easy feat, but they couldn’t have stood out if they didn’t have the right direction which she provided aptly.

Have you seen The Visit? Let me know your thoughts in the comment section.