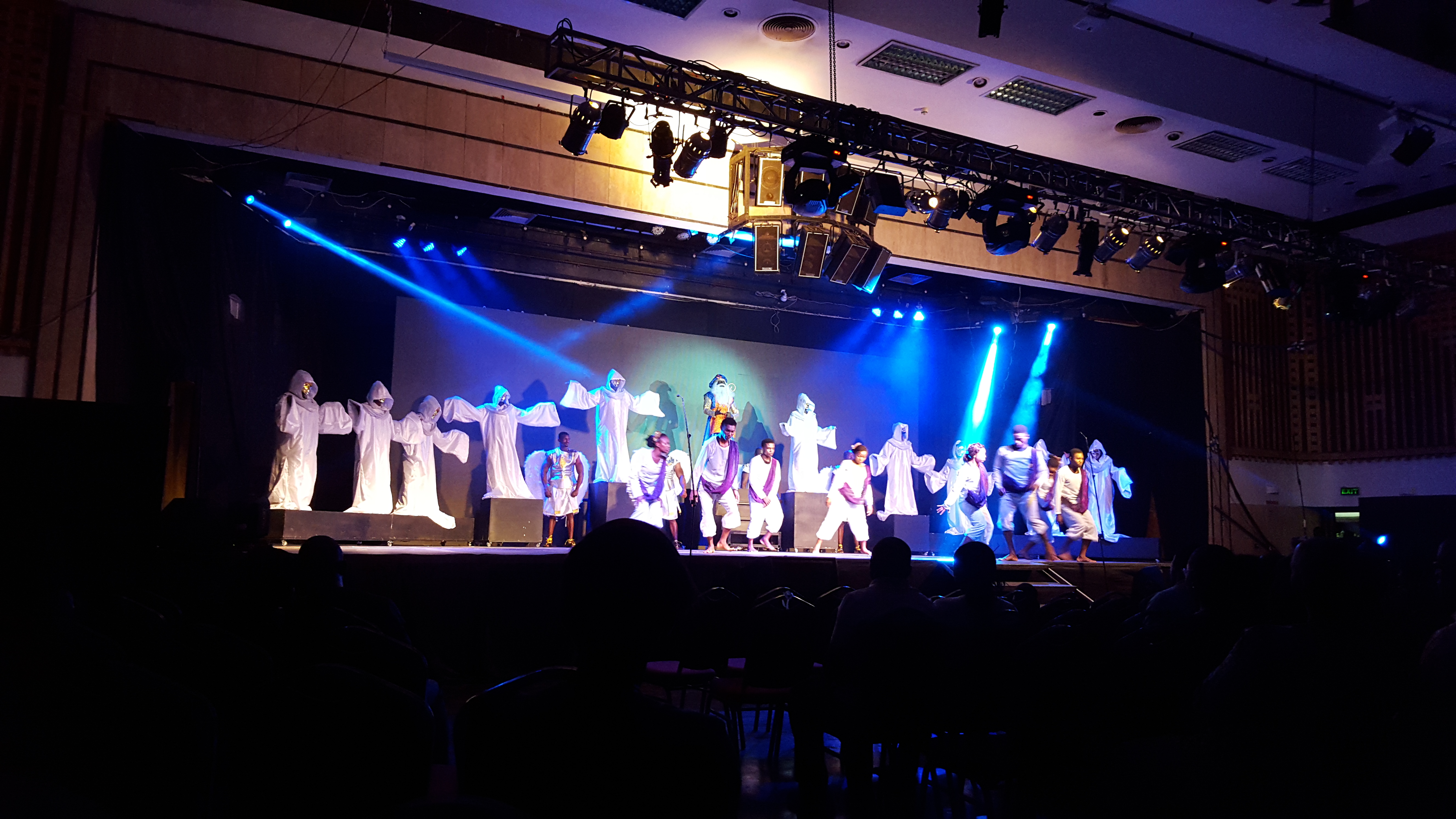 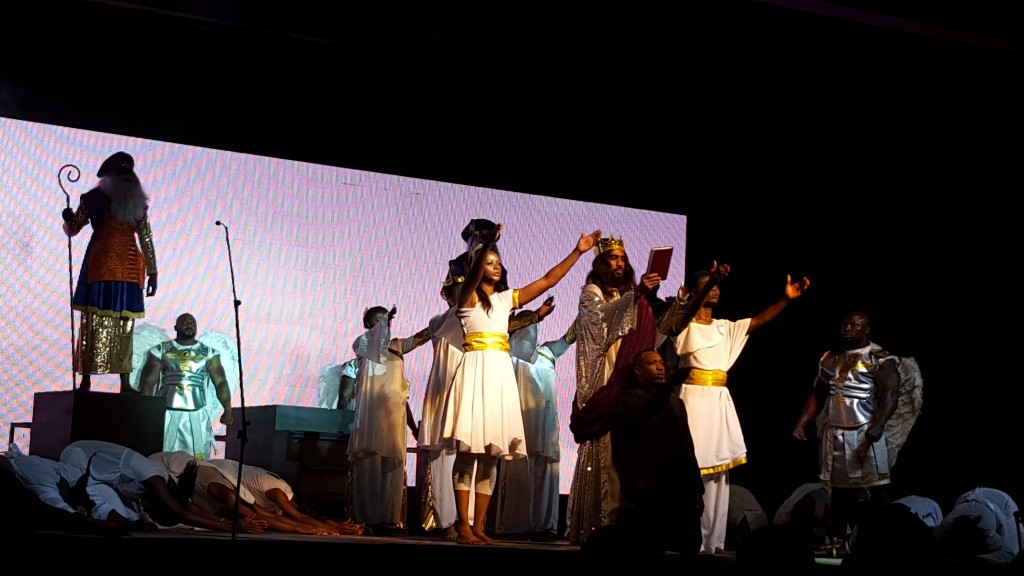 As I continue my stage performances streak during the independent weekend, I crowned it off with Spirit of David production ‘The Butcher and The Bridge’. Spirit of David or SOD as they are popularly called use the dramatic expressions of music and the stage through dance to deliver their thought provoking and inspirational messages.

The powerful tale of love, faith and triumph kicked off with an open scene which was quite epic.  Set like heaven with voice over that spoke about overcoming obstacles and challenges, the costumes, props, digital imagery and choreography resonated with the heavenly mood and music and felt surreal. 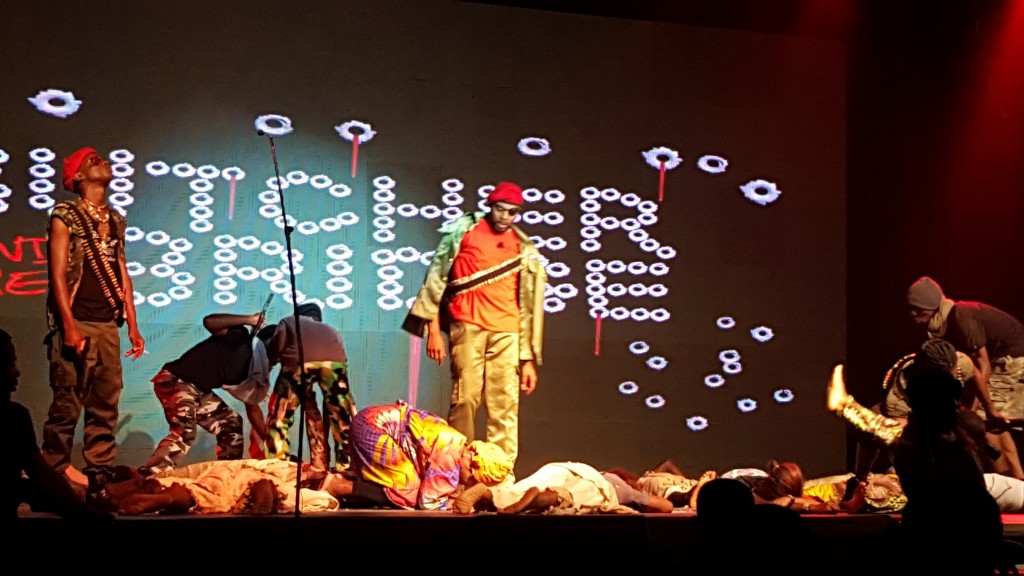 Enter Nollywood veteran Kalu Ikeagwu as Sudan the terror warlord. I watched in awe as Kalu delivered spectacularly to his role, been ruthless and fearless at the same time. Never seen him before on stage and I doff my heart to him, for his show-stopping performance.

Gwanza played by Moshood Fattah, was equally ruthless, for a split second I thought of the Netflix production ‘Beast of no Nation’! The plot to overtake Sudan the warlord by Gwanza was thick! Obviously covered by his jealousy and his insane need for power, the tussle between the two villains was pretty tense and felt real. 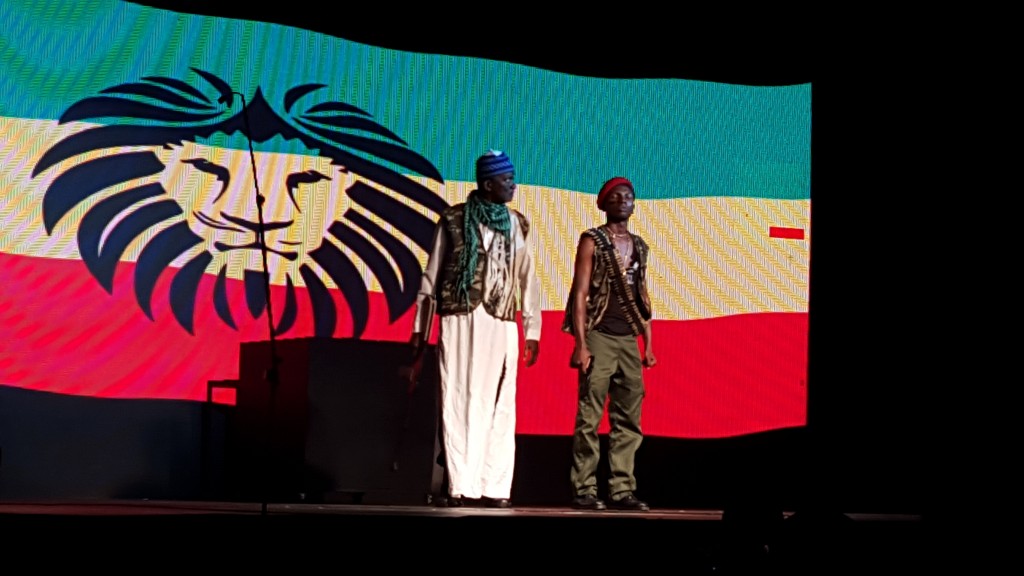 My goose bumped performance came from Yinka Davis, wow! Can she sing or can she sing, that voice, the costumes, the dance movies from jive, to crunk to the hip hop moves, as it relates to dance, SOD can do no wrong in my eyes. Victor Olaotan, Kingsley Ambrose, Tony Offiong (he played Jesus) and Jennifer Ohia, left me spell bound, the way the cast moved with the music was seamless in some scenes even though we had the occasional last person to pick up his move. 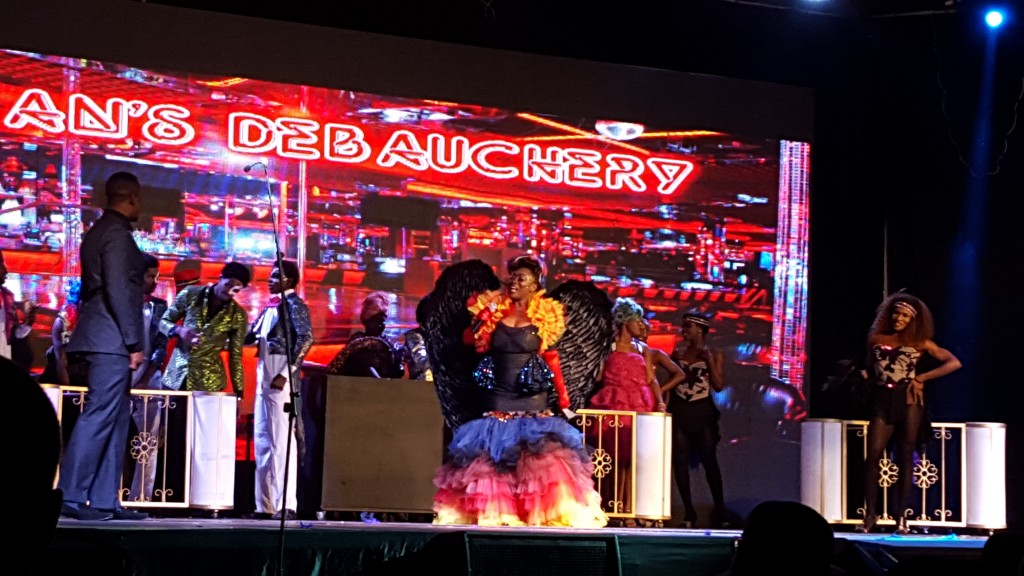 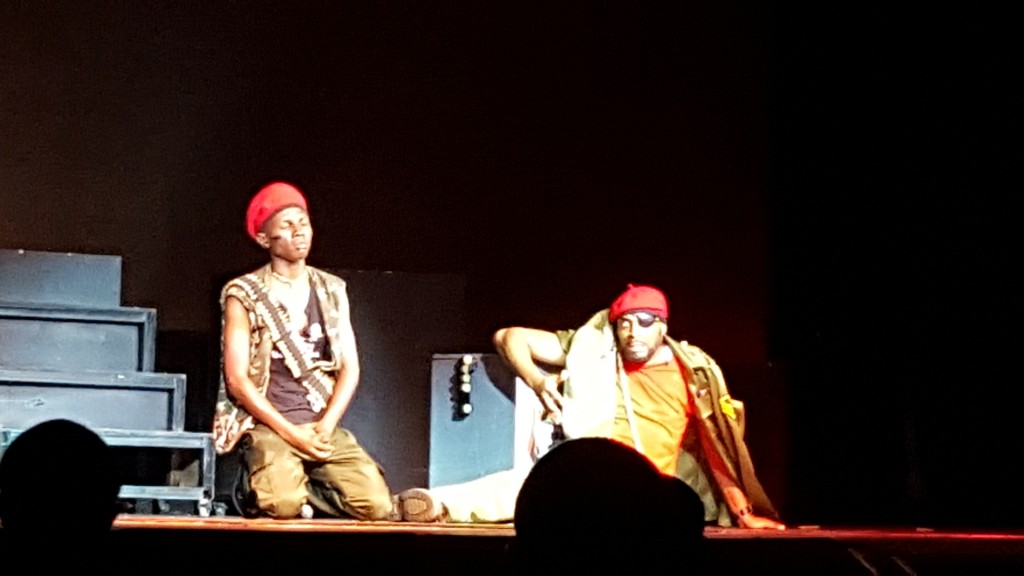 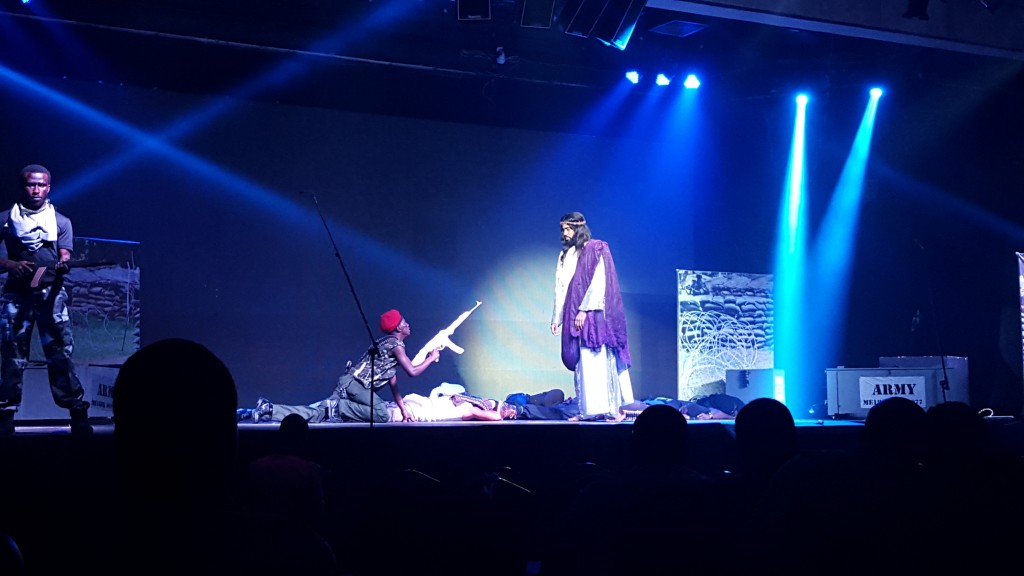 Light, wasn’t very favorable to the production as it seemed to just go off intermittently, but that didn’t hold them down at all. The play made good use of its digital display screen, sound effects. Especially with the mascara scene which was pretty gruesome and got some emotions up. Light, setting design and as I mentioned initially props was handled properly and changed quickly.

Loads of kudos goes to the costume designers, that Jesus costume and that of the angels was epic! I will never forget that. Set design, wow and wow! SOD takes no prisoners and they didn’t disappoint here. While most of the songs fitted the mood, I was just weary that we didn’t have any African themed Christian song when there are loads of African worship songs. 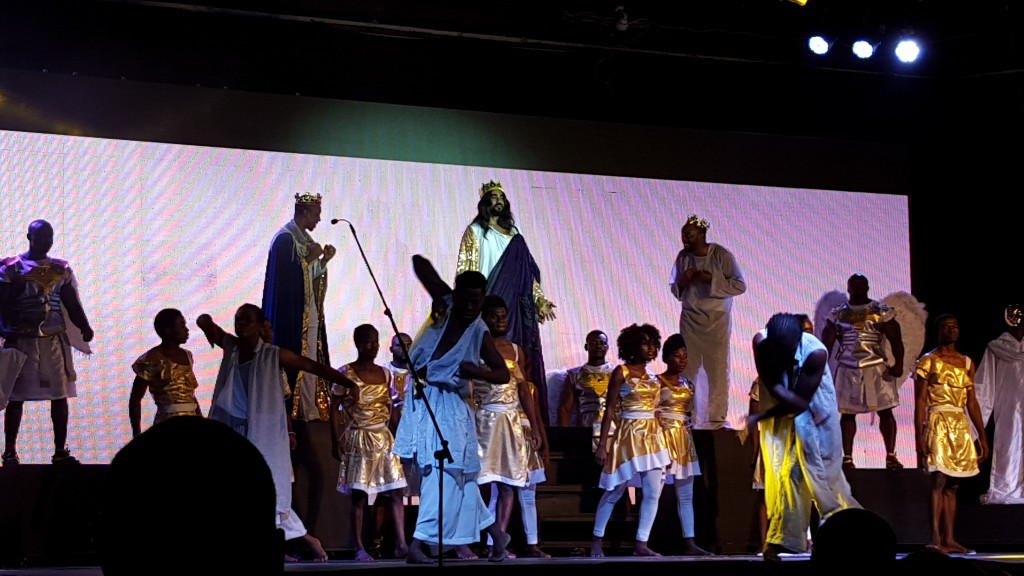 SOD left no stones unturned with The Butcher and the Bridge and I would like a situation where they run production 4 times a year as against yearly.

From Xplore, this SOD production earns 8/10.