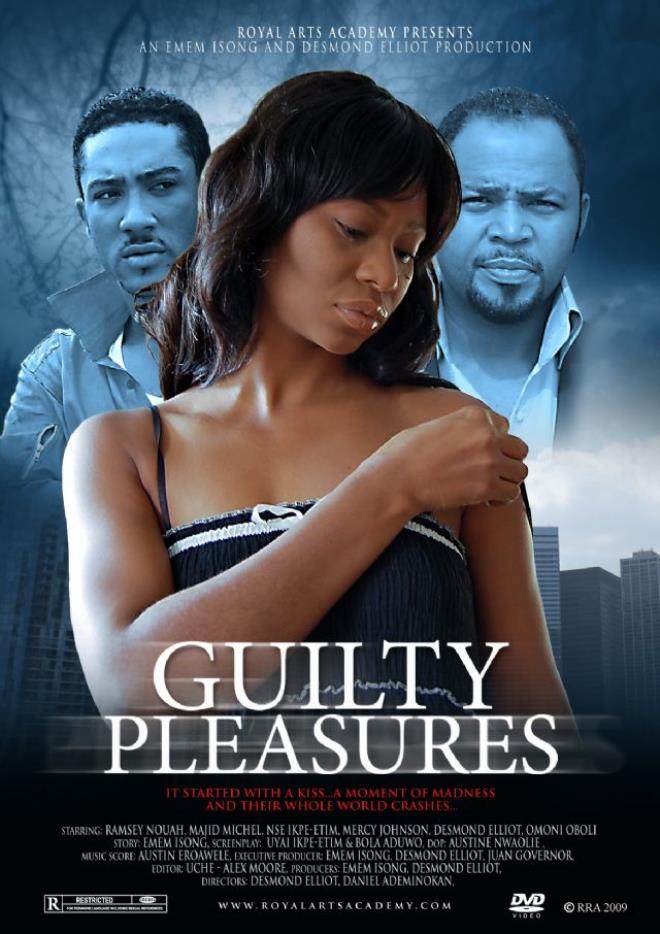 Lizzy (Nse Ikpe- Etim) meets Nse (Omoni Oboli) at the airport and when she conveniently eavesdrop on the conversation Nse is having with her mother, she initiates a conversation with Nse and they bond over their shared experiences on relationships and this takes us through the film.

Lizzy a former model is married to a successful, uptight and controlling businessman (Teso). He turns her from a model to a bored housewife. Lizzy is free spirited and most times, she is eager to rebel, so he embarrasses her in front of his colleagues, she wants to wear skimpy clothes, he wants her to dress more moderately. She gets tired of his controlling lifestyle and when his brother Robert (Majid Michel) visits them and she realizes that they are very similar. It leads to an unexpected twist. They eventually start an affair.

Nse Omoni’s on the other hand is newly wed to a photographer, Kelechi (Rob Loner), she has planned for a honeymoon but Kelechi backs out due to work commitment unknown to her, he is cheating with the interior designer she has hired, Boma (Mercy Johnson). Boma has no idea that Kelechi is married, she has met his eager wife but she was yet to meet the husband, who coincidentally is her boyfriend.

Guilty Pleasure is an exploration of infidelity in relationships. It tackles the problems of infidelity, verbal abuse (As we see with Teso and Lizzy), and neglect in marriage. When Lizzy gets tired of her husband’s controlling nature and his lack of attention, she decides to cheat with his brother; she finds that they are more compatible. He is a photographer and she is an ex-model, they are both sharp-tongued, she loves to speak pidgin but her husband finds this uncomfortable, with Robert she is able to find comfort. Robert on the other hand, ignores his flamboyant girlfriend (Rukky Sanda) for Lizzy. Boma represents women that fall in love with pure intentions but get heart broken. She was genuinely in love with Kelechi and he never mentions his marriage to her and eventually, he dumps her without consideration for what she will go through. Kelechi has no valid reason to cheat. He just cheats because he can. He avoids traveling for his honeymoon to stay with Boma. What is more painful is that he does not respect his marriage; he continues to cheat immediately after his marriage. There is a huge balance in the story because it establishes why Lizzy cheats and for Kelechi, he represents most men that cheat because as they say, it is in their DNA.

It is also a subtle projection of the issues women suffer in relationships. All the women go through one issue or the other. Lizzy does not bat an eyelid before making her fellow woman go through hell. Boma and Nse had a close friendship, without even knowing that Kelechi was playing them both.

We would just give a thumb up to all the lead actors in Guilty Pleasure from Mercy Johnson to Ramsey Noah, Nse, Omoni and Majid. It was a commendable combination. My favorite scene is when Teso finds out Lizzy’s affair, the confrontation in their bedroom was pure bliss. That was a powerful performance from two great actors.

Production quality was good but not great.

Guilty Pleasure gets a 7/10 rating from Xplore.