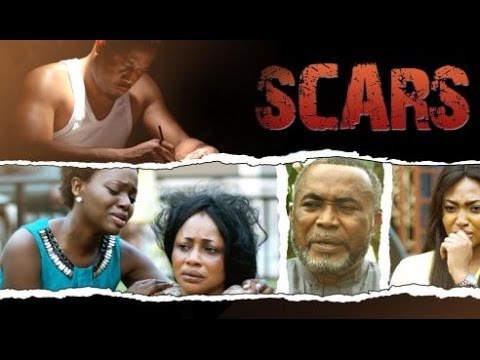 Based on the story of the Lawson’s not sure which Lawson they were referring too or which part of the country they were from, as they are a lot of Lawson’s out there. The story follows the lives of a family (mother, daughter, and cousin) and their love for the only lead character in the movie! *sigh* Watching this movie was pretty painful, especially since I had been an advocate of Frank Rajah’s ‘Iyore’. This movie was pitiful.

As it relates to acting, I had also advocated for Okway and seeing her in more movies, let’s just say this movie didn’t dent her career at the same time it didn’t advance it in any way. She however, flowed through her lines and delivered to her role of being head-strong and trying her possible best to guide her mom aright.

Mike’s character as lover boy and husband was so cliché that I was vexed. As a veteran of over 10yrs he can quietly say no to scripts but still he chose to be in this one and I wondered out loud, why! My surprise came from seeing Zack Orji in this movie though. Like Mike I though he had attained a level where if the script does not make sense, there’s no need to be in the movie but hey, I must have been wrong.

From the characterization,  you can already guess that the script wasn’t it at all that. Due to the lack of anything concrete, it seemed to go on and on but it wasn’t a long movie. Production quality wasn’t so bad but a horrible script is the subscription to a horrible movie.

‘Scars’ did nothing to entertain, inform or educate my senses and earns a 3/10 from Xplore.

This review first appeared on www.naij.com

Next Post Nollywood Takes on LGBT in ‘Hell or High Water; watch the trailer here