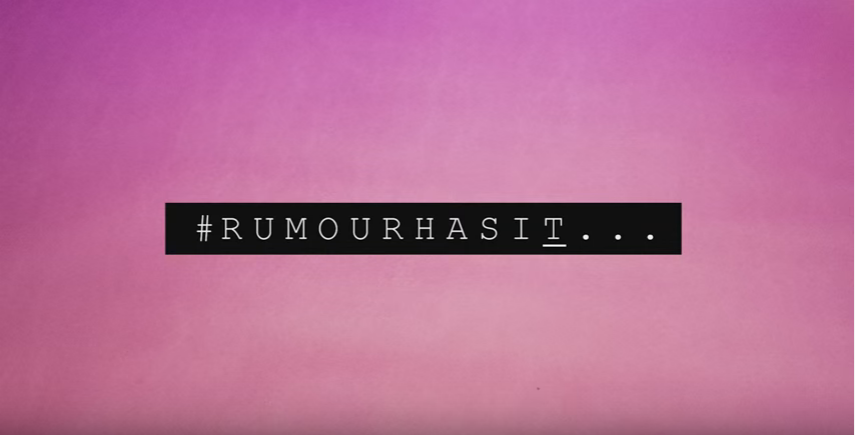 You have probably heard of the word “Karma” and how it hunts bad people when they least expect it. Karma is in full display in the web series: Rumour has it.

Obi is a celebrity blogger. She is controversial and quite an ice queen, as we see in the very first scene of Episode 1. Her husband of two years, Wole cheats and gets another woman pregnant. Obi gets to know about it from a friend, when Wole was about to leave the country with his lover, to go have his baby in London. Obi is humiliated, the tables turn and the blogosphere focuses on her life, but Obi is a woman with a will and with great support from family and friends, she conquers.

If we are going by the rumour in town, Rumour has it is inspired by a popular figure, but let’s put that aside and appreciate the deep story that we saw in this web series. Women were really involved in this production, from the writers to the producers and Rumour has it, is more a story of strength and triumph than it is of betrayal. Obi is a strong woman and even though references are made in Rumour has it, of her, being quite manipulative, we don’t see manipulation in Obi, but we see a woman that will strive to make those that matter in her life happy.

Acting was superb in this series. Good acting is what I remember when I think of Rumour has it. Uru Eke was exceptional as Obi! I loved the diva moment in the very first scene. When she cried, it was easy to feel her pain and when she laughed, I rejoiced with her. She was totally incredible and the best acting moment is in episode 7, when Wole’s mother confronts her in the studio. I got chills watching her set her mother in-law straight.

A few actors stood out for me. Uru’s mom played by Chioma Nwosu was the best in this production; it was not the trouble she made here and there that made her memorable. It was her ability to appeal to us like a mother should. In the last scene, when she sings and dances after finding out that her daughter had in fact, won the battle against her wicked husband, I totally enjoyed that bit.

Blossom is a great actor and he delivers, we don’t have to go over that. One surprising act was Toni Tones, I didn’t know what to expect with her, but Toni blew me off.

Directing was a good effort, the director made a very good series with very few cast and probably a very limited budget. The only problem here is the disorganisation in how the episodes are timed. The first episode runs for 11 minutes and the second for 24minutes, and that is how it continues, one running longer than the others. I would have loved if the timing was equally distributed across all the episodes. I also noticed some mishaps in the camera direction but as I said earlier, this is a web series and probably had a very low budget, we don’t expect exceptional cinematography.

My favourite episodes of Rumour has it are episode 5, 7 and 9 (series finale). I can’t wait to see Season 2.

Rumour Has It, earns a 9/10 from Xplore!!! It is online and you can check it out below: