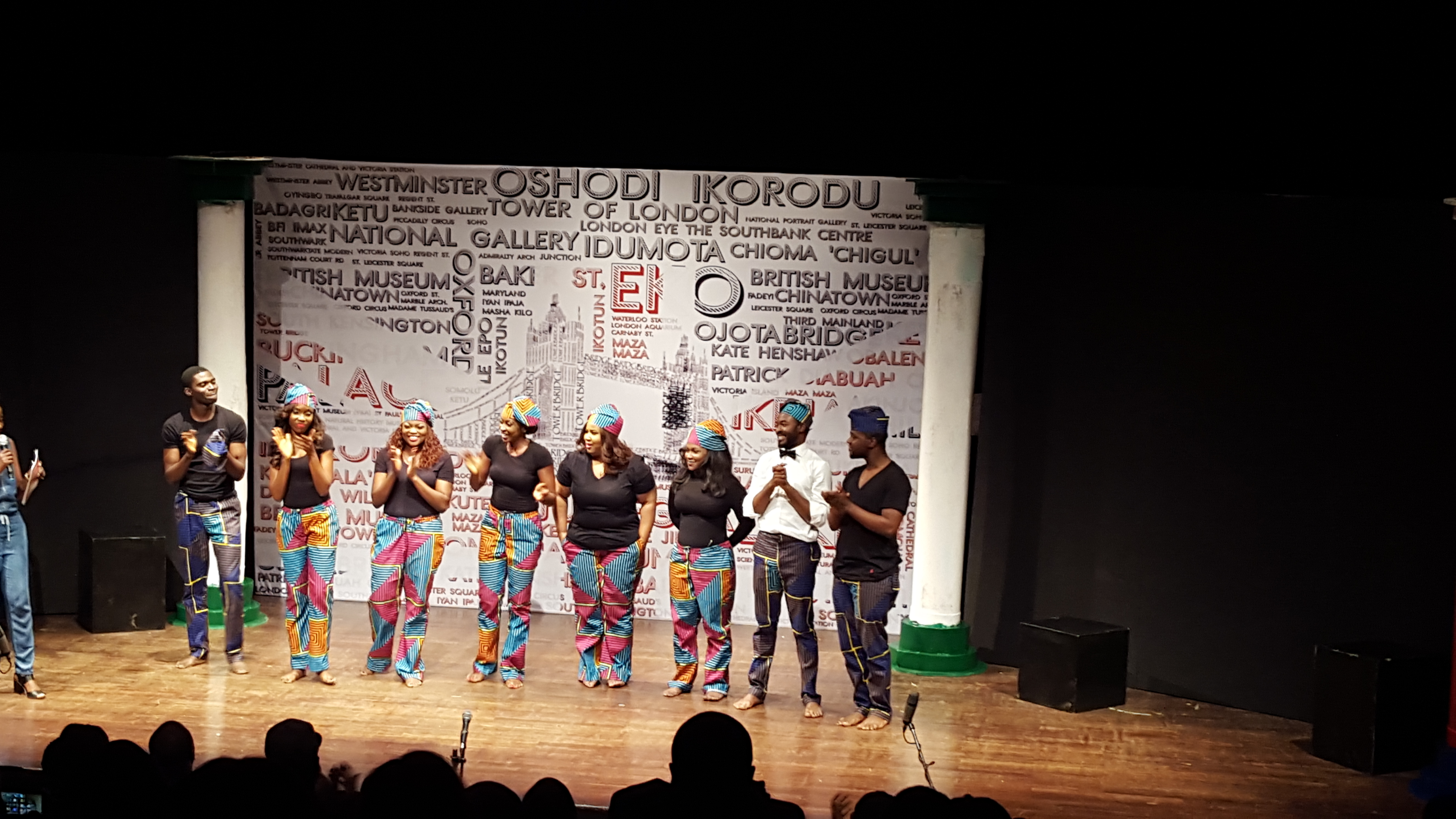 With a whirlwind of activities on Saturday the 3rd of October, by a hair’s breath I made it to Muson center for the adaptation of Bobo Omotayo’s ‘London Life; Lagos Living’ produced by Lala Akindoju.

Getting to ticketing and finding out there was no POS to pay with, seemed to be another setback, but after a marathon match to the FirstBank ATM across the road, I made it back, paid for my ticket and proceeded upstairs. At 6:30 pm the show started with the usual apologies and banter from Smooth FM OAP Aderonke and then a song from Isaac Gerald.

Based on the book, the play captures the experiences of Nigerians who lived in London and have either moved back home or are shuffling, amongst other things all this in an entertaining yet hilarious way. For the opening scene which kicked off with Kate Henshaw’s monologue, a nerve was struck, in our everyday networking sessions and social gatherings do we need to ask “what do you do”! Personally it helps me understand the person I am with better whether it be man or woman, but if it borders on being rude and truly intrusive, then another line of questions will definitely arise. The ever green actress also worked the stage oozing with confidence as she dropped her lines for the various scenes she was a true delight, and her smile is so infectious, it was just soothing to see her on stage.

In order of their appearances, the other characters delivered well to their roles. Chioma Omeruah did well with her signature Chigul accent. Speaking on keeping up with the joneses and playing down one’s appearance to be able to keep a job, was delivered appropriately and didn’t feel overdone. Lami Phillips was my hero of the play. She made me swell with pride as she delivered her lines in both Ijebu girl and Cool kids. The Ijebu girl monologue seemed to resonate on how most of us truly felt when we travel out especially when we arrive Heathrow.

Lala, producer and actress, struck another nerve with the lack of environmental indiscipline as well as the grammatical errors scene. Much as it was with loads of humor, I took a step back to think about the many ways I communicate, writing inclusive and all the mistakes I have made without knowing it and I just literally died.  Funke Akindele, first outing dealt with the age-old question people always ask, “How was your night?” As in, that annoys me to the bones, and I believe a number of us in the house also felt that way.

Patrick Diabuah and the washing machine scene, with his heavy accent, felt a bit too much, but the truth is, there are real Igbo people who speak that way, not a stranger to the stage given his work in ‘Saro’ and a couple of other stage plays, he definitely carried his character well and it was really funny. It just seemed like he was missing somewhat or a bit underrated. Note to Patrick, you need to put yourself out there and either align or famz with what you other cast members are doing oh!

OC Ukeje is definitely picking up as it relates to stage. His scenes showed an impressive growth as his lines were clean, clear and crisps and got loads of laughter. It was my first time seeing Debola Williams on stage and during the group outings, he worked really well, blending with the other cast and holding his own. During his monologue scene’s, he seemed to work it okay, just couldn’t hear him clearly but his delivery was fine. Loads of work still needs to go into building his persona as an actor, doing one stage play a year might not be enough to grow in this somewhat struggling industry.

Production, Costumes and Directing, aligned with the script as it was a 7 man cast, which would have been easy peazy for a director like Kenneth Uphopho who has handled a cast of over a 100 people.

Kudos goes to the cast and crew of this production for an industry that is struggling and losing momentum, we need stage plays such as these to jolt us to the harsh realities of our environment and the country we live in.