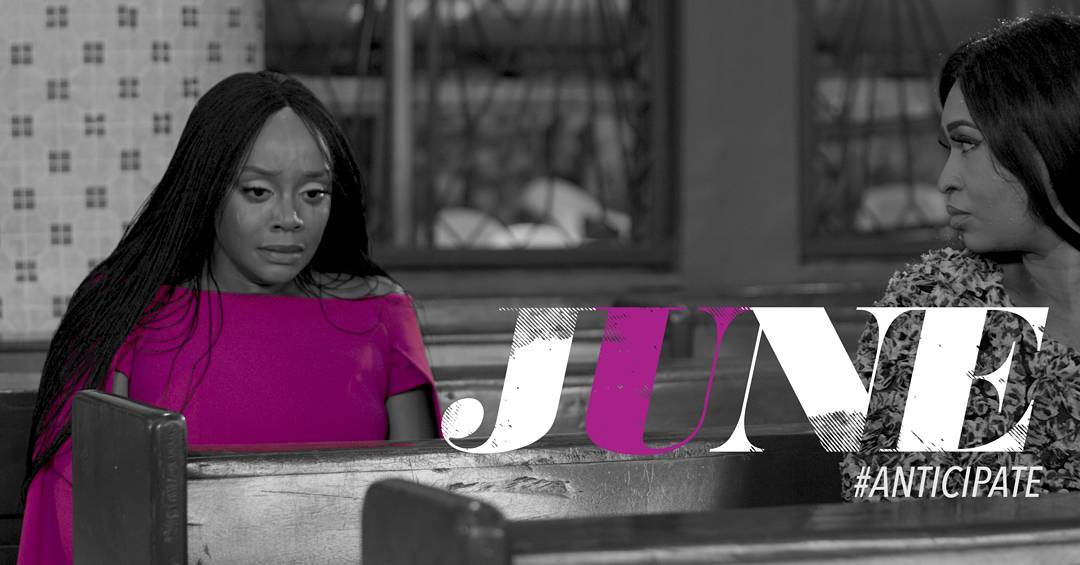 “June” is quite an enjoyable film, produced by the same people behind “Hire a Man”. It is another romance comedy that tries to sell the happy ever after narrative. It succeeds in making its audience laugh, but for a happily ever after narrative, there is a loss of chemistry between the lovers.

Our lead character, June, plans weddings for a living. As she experiences more weddings, her mother pressures her to get married. June is at the stage in her life, where she wants to be married.  Her boyfriend, whom she has been with for years is unable to commit to a marriage. When he gives her a promise ring, June backs out of the relationship from frustration and has to find a new man.

Her client Toke (Toni Tones) is a bridezilla and has lots of demands for what she wants her wedding to look like. June has to deal with Toke’s overreaching demands and in the process June connects to Toke’s husband to be, Dewale

June is able to incite laughter, but it also struggles from the usual comedic theatrics. For a film that tries to sell romance, Dewale and June do not make you want to fall in love, and any viewer will struggle to connect with them together.

Michelle Dede as June does a memorable job. The actress has been stabilizing her reach as an actor and she continues to do an impeccable job.  Toni Tones is another actor that makes June enjoyable. She is always a pleasure to watch.

Next Post Xplore Reviews: Despite an unusual name, “Love in the time of Kekes” is absolutely enjoyable