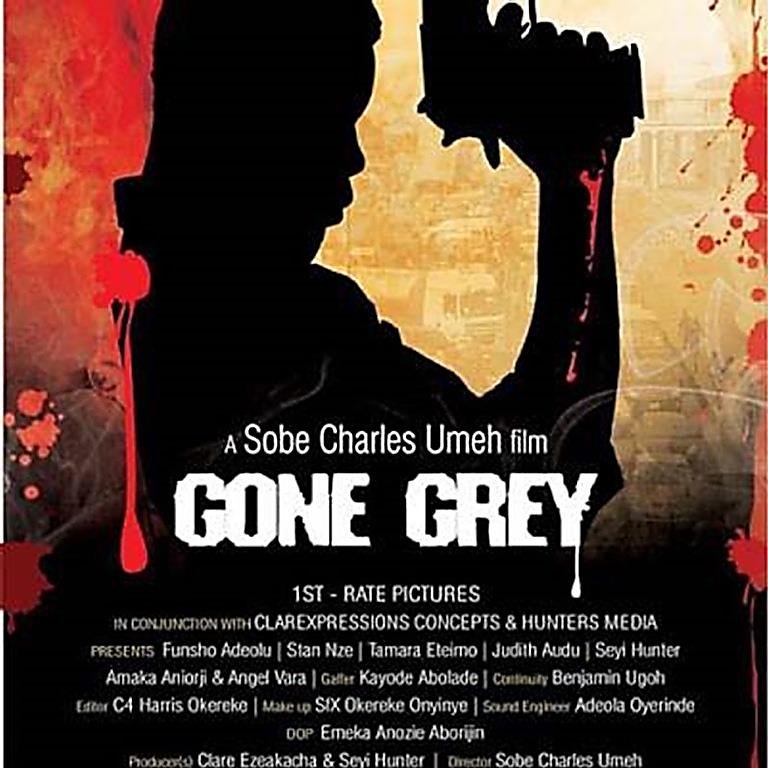 Silverbird Cinemas at Ikeja had a fair amount of people, the cleaners where just getting the morning’s work done and business was picking up. A few people littered its lounge, the attendants were still enthusiastic from fresh sleep and best of all – the popcorn and drinks were free! It was a Tuesday and Gone Grey was showing. Gone Grey tells the story of a wealthy philanthropist and how a son he had, had out of wedlock came back to take vengeance for the death of his mom.

The clarity and audio effects were crystal clear and loud enough but some lighter sounds like placing a cup on a stool could have been so loud. Visual effects were equally comfortable, even the beads of sweat were very obvious on wealthy Chief Alabamusa’s forehead in his little cell that had the highest number of visits, hate scenes, dislike, and disbelief. The general suspense was of perfect measure and the way the film ended bears a strong similarity to Just Not Married (2016) where policemen come in to apprehend the criminals with two or three paragraphs explaining the rest of the story – like who got bail and who didn’t.

Lani Aisida, who also wrote Just Not Married, has a way of using greed to pick a predictable character that’d turn the plot around and foil well laid out plans. Regardless, the background sounds were lovely and newer aerial views of Lagos added more kudos.

Gone Grey premiered on the 17th April and takes my movie for this week as it earns 8/10.

Check out the trailer below.