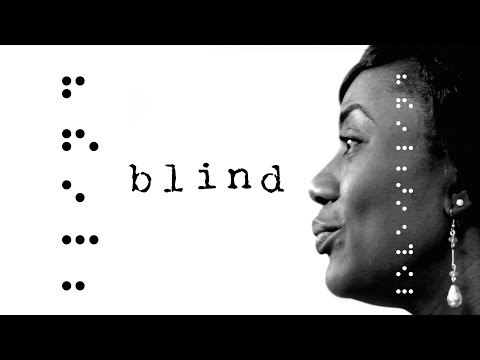 With an opening scene that was quite boring, felt unnecessary and quite uneasy, I sat through a whole hour plus to watch the movie ‘Blind’.

An ambitious woman travels abroad to further her studies. Upon her return she is devastated to discover that her supposed boyfriend has proposed to her friend, causing a huge rift between them.

The whole film is basically about this rift and the fact that Kiki character stole her friend’s boyfriend and then married him, however, there is a plot; Kiki is blind. Initially, I thought she was blind from something her friend did, turns out it’s a freak accident and while she could have been getting better, she is working with a doctor that has been hired by her husband.

In terms of characters, Kiki playing a blind wife wasn’t too bad, but it was difficult to sense her frustration as she became blind just a week to her wedding and for someone that could always see, she adapted to quickly to her predicament. His husband in the person of Sam Sunny could do with what I always preach to actors old or upcoming, acting classes. He seemed to be sleeping his way to the top, but with whom? All the supposed people he was literally tied too, like his ex, his wife or the doctor, didn’t seem like they could get him his desired level, but maybe this is my thinking that the way the story should be and obviously wasn’t.

Production quality gets aces, it was well done, with camera angles that projected the best sides of the characters whether pleasant or not, however, the script reeked of ingenuity. It’s 2015, Nigerian film industry we need to be doing more for the average viewers than re-playing a plot that has been overused and is an obvious overkill. The lines were something else, like does research go into these things? Can a blind woman read a text, can the script be any corny and place women in the light that all we do is think about men and what they are up too?

These questions I put through to Emeka Madu, the director of this production, a production can’t be said to be great even if the cast were on point.

Have you seen the movie “Blind”? Tell me what you think in the comments section.

Next Post Nollywood Movies go big at the TIFF2016 Festival