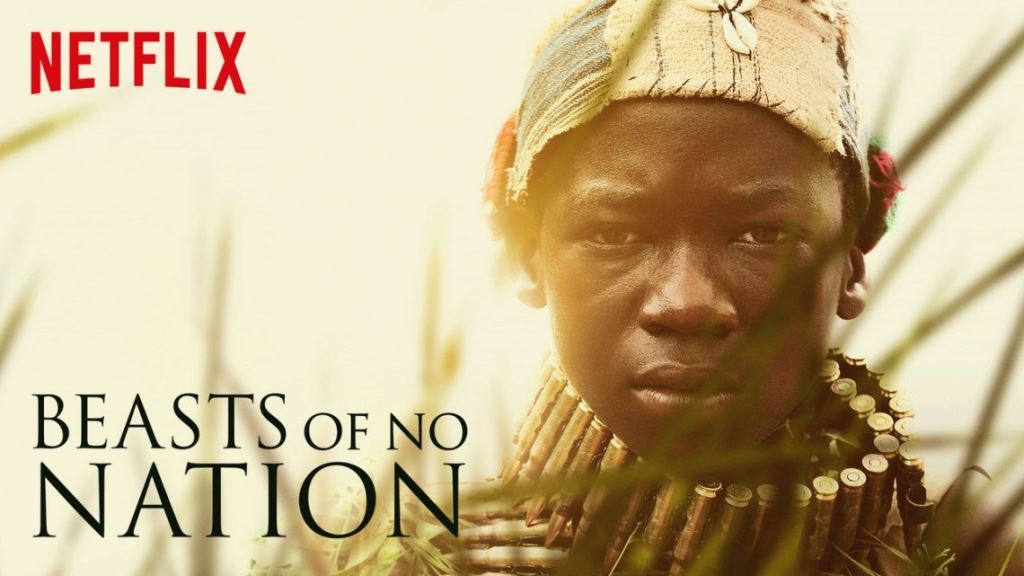 The Netflix released adaptation based on the book by Uzodinma Iweala tells the experiences of Agu, a child soldier whose family is torn apart by a civil war in an African country. He becomes a child soldier brainwashed into believing he is helping a moral cause.

Abraham Attah who played ‘Agu’ – the boy soldier and first-time actor, gave a jaw dropping performance, giving us a clearer understanding to the ways boy-soldiers truly felt. His playful mischief, livid fear and eventual brutality spoke volumes of the conditions those abused boys faced on a daily basis. His voice intermittently ran an emotion-laden documentary that helped fill in knowledge gaps that we might not have been previewed too.

Golden Globe Award nominee for his role in this movie, Idris Elba played the part of the Commandant. I was pleasantly surprised to learn that the highly feared Commandant actually reported to someone, as his antics and brutality lead me to believe he was the Commander in chief. His African intonation was on point, but he kept saying “Agu, these are the ones that killed your parents” a little too many times. You know, like a broken record! Regardless of this, his rebel costume and camouflage were always on point.

Film editing left much to be wanted, as some actions did nothing to change or add to the situations on ground. The 2nd-In-Command had no reason to have been killed, as the squad could have simply snuck out without his knowledge. Thankfully the death of ‘Stryka’ was properly designed to actually elicit a sad emotional feeling that I had to check if I was crying.

Kris Kobzina, known for his work in Spider-Man (2002), Daredevil (2003) and X-Men the last stand (2006), seemed to work closely with the costume designer, on this production they did a good job on cast members especially Idris Elba, transforming him into a much older looking soldier.

Sound quality was a knock out as I won’t have expected anything less from a Netflix/Hollywood production. The visual effects, the shooting and actual war scenes were believable same with the location in Ghana which further helped to reinforce the story.

Written and directed by Cary Fukunaga, winner of last year’s Primetime Emmy Awards for Outstanding Directing for a Drama Series. Fukunaga brought his A-game to this production with features like Sin Nombre and Jane Eyre under his belt. His angles brought out the most dramatic of scenes to life and made me feel like I was actually on set with the cast.

With a lot of nominations, such as the Screen Actors Guild (SAG) Award in 2 categories, 4 categories in the NAACP Image Awards, 5 categories including Best Director in the Indiana Film Journalists Association Awards and a ‘Best Actor’ Nomination at the Golden Globes; 2 awards already won, namely the Marcello Mastroianni Award from the 72nd Venice International Film Festival and a Breakthrough Performance Award win from Abraham Attah, ‘Beast of No Nation’ is poised to take home the ‘Best Film’ of the year award.

From Xplore it’s a must watch for Civil War and African historians and earns a 8.5/10.

Have you seen ‘Beast of No Nation’? Tell me what you think in the comments section.

This review was written by Tolu Kareem a movie enthusiast, you can follow him on @tolukareem.