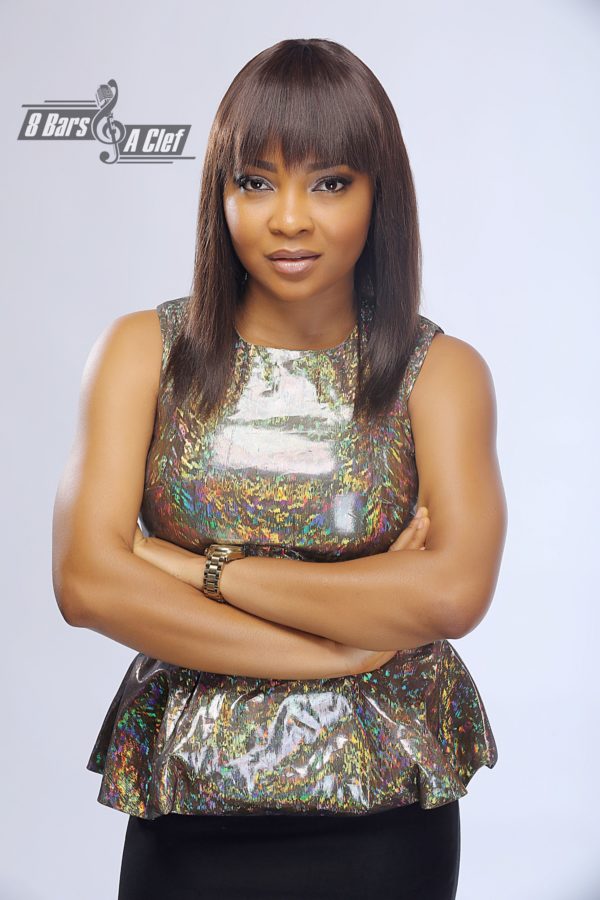 The premiere of 8 Bars & A Clef had been making the waves and I made up my mind to watch it at the cinemas. I walked into FilmHouse cinema hall to a handful of people and even though the movie had kicked off, I settled in perfectly to the movie.

“8 Bars and A Clef,” chronicles the rise to grace of a talented act, Victor E played by first timer in the industry IBK Spaceship Boi biko? The young rapper battles a learning disability, a dysfunctional home, betrayal and still makes it in the Nigerian music industry.

With the little I had encountered from the production, it somewhat reeked of poor sound quality, in fact the sound quality was horrible from beginning to the end. The soundtrack which I had heard on various online blogs was one I looked out too but couldn’t pick out as the movie progressed. Soundtrack generally was a mix of the situations on ground at a point it seemed there was a halt on the tracks and this made the production dry and seemed to drag in certain scenes.

IBK Spaceboi plays the lead in this production and even though no other actor comes to mind for this role, he didn’t work totally for me. He seemed to be tensed rather than relaxed and the only times he felt okay in the role was when he was making out or apologetic to his girlfriend. He was obviously portraying a character a character that was struggling, but I would definitely like to know who he observed of got in contact with to get into character. The younger Victor wasn’t bad at all, the struggle to gain his mother’s trust, help his sister and be the man of the house was one with him. His learning abilities felt a little weak but his struggle to make ends meet was well appreciated and carried out nicely by him.

Wale Ojo takes the role of ‘The Fixer’ never in my life, before series like Scandal and Ray Donovan have a seen a name tag called “Fixer” as in really? Words fall me in describing this roll and while I like the personality Wale Ojo, I feel to see his relevance. If he was a shrink, I fail to see what he brought to the life of Victor E who seemed to figure things out be himself or basically when his sister died, by himself. Linda stumbled on some of her lines making it difficult to reconcile the good actress from other good productions and then this one. As a talent hunter, she was one with her character, as a lover, girlfriend and eventual confidant of Victor E sister; she pulled off the role okay.

The story which leads to the script seemed clear but wasn’t a tight script! There was a thought that the movie was going to focus on the disorder which is dyslexia and how people suffering from it can get help, but if the ideal help to get is in the person of Wale Ojo, I am sure people would rather remain with the disease. The scenes to help build this case felt like hot pancake that had been scoop from the pan in quick succession. Words felt that acts were counting, while sound recording like I mentioned at the beginning was pretty crass.

As it relates to directing style, Lord save us! Camera angles were put together haphazardly showing clearly that an experience director was lacking. Makeup and costumes especially costumes could have been tighter for the musician Victor E. The scene of his sister nearing death just weirded me out, gloves, the makeup like what research was put into place to  discover what cancer patients look like ?

8 Bars & A Clef isn’t for viewers lacking patience to deal with what Nollywood has to offer, guess that’s why Xplore is saving you the trouble. It earns 3/10.