Kanye West, Frank Ocean, Drake and Justin Bieber are all boycotting the Grammy’s this year. 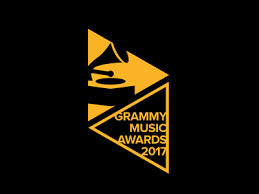 And while they have all given different reasons for being unable to attend the event slated for February, it has caused quite the uproar, with many analysts writing articles about how the Grammy’s will lose its long standing credibility.

The Grammy’s however remains the biggest award show that honors musical talents. For Kanye West this is not the first time he has threatened to boycott a show and then he ends up showing up on the red carpet with wife Kim Kardashian in tow. He threatened to boycott the VMA’s but he ended up showing up the next year, he did not just show up but he performed for more than twenty minutes and the next year, he followed it up by releasing his music video for “Fade” exclusively on the VMA’s stage.

The Grammy’s will not suffer because these stars have promised not to show up. There are other stars that will make up for their absence, however, will this be enough to see them through?

For us at Xplorenollywood, here are our top 3 reasons people will be tuning in to watch the Grammy’s despite the boycott.

2. Rihanna returns to The Grammy Stage: Beyonce offers dance and powerful vocals but Rihanna          offers drama with sustainable rhythm. Last year, Rihanna cancelled her performance at the last minute but she is booked for a performance on the Grammy’s stage. The media is already speculating on which song she will perform, my money is on “Love On The Brain”. What’s more, her critically acclaimed album “Anti” is nominated for seven Grammy’s, she already has seven Grammy’s to her name, and it will be interesting to see how many Grammy’s she adds to her collection of Gold statuette. It will be interesting to see her win a Grammy after her four years hiatus, at least Drake will not be there to cause any tension in the room.

3. Adele Breaking Records: Adele is tipped as one of the biggest winners of the nights already. Will she shatter records? She once left the Grammy’s with five awards for her album “21”. “25” was a record shattering commercially successful album and it hit gold with music critics. Her song “Hello” remains on the Billboard 100 list, it is still receiving massive airplay and while many argue that she is not a powerful live singer, she makes up for all of it with her powerful albums. She will not only perform but she will take at least 3 Grammy’s home(that’s by our own prediction and we are never wrong).

Our fingers are crossed and we are eager to see what happens next, I mean she has ten Grammy’s, a Golden Globe Award and an Oscar. How epic is Adele??

So you see why the Grammy’s can’t fall short of spectacular.

What do you think are there more reasons? Why don’t you tell us what you think in the comments section.

Next Post Murder and Mystery, Trail the Epic movie ‘Esohe’!!!