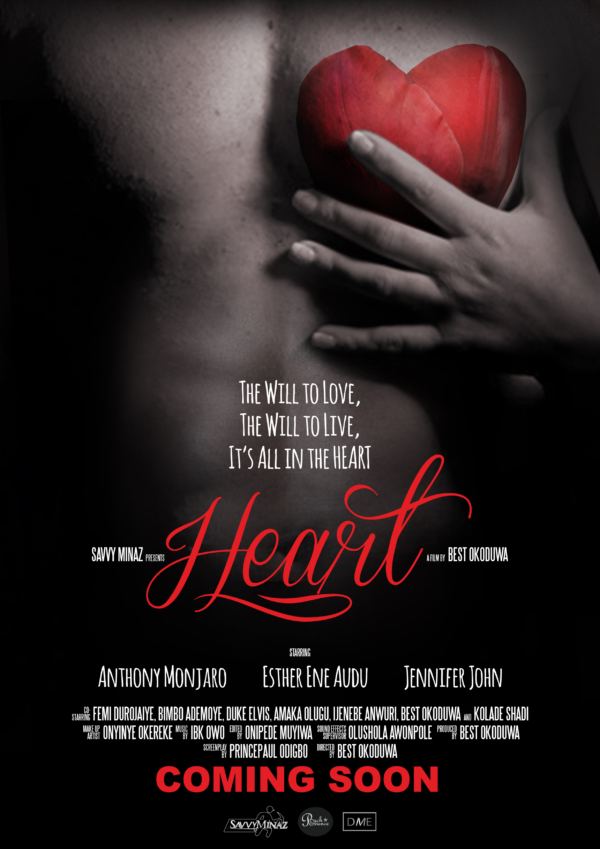 Okay, I enjoyed this, immensely! We follow the life of Ima (an auxiliary nurse played by Esther Audu) and how her obsession for Wale (a paralyzed patient – Anthony Monjaro) leads her into uncovering Ife’s darkest secrets. Ife (Jennifer John) was Wale’s wife.

Ima, in a mix of jealousy and suspicions, began stalking Ife. As Ife and Wale have a no-kids policy till they’d clocked forty, Ife gets impatient after three years and tried to talk him into it. But because he stood his ground she found it as an excuse to cheat. The rationale was unclear. If she traded her fidelity for children, how come she still had none from the side dude after five years?

Jennifer John (Be My Wife – 2007) plays her role of a loving, sex-starved, victimized and distraught wife to perfection. The soundtrack (Ibk Owolabi), make-up (Onyinye Okereke), video clarity, well timed close up shots, and the screenplay, all added up to a beautiful cinema experience.

Costumes (by 710 Visions) on Anthony Monjaro (Resilient – 2016) and Amaka Olugu (playing Justin – Ima’s best friend) were catchy and colorful. The part where Ima kissed Wale on the forehead should not have gone that way, as it was just morning and she was resuming to help him up, not kiss him goodnight.

Ima later invited Tomi Owoh, the music superstar, to cajole Wale out of his death-wish but to no avail. The musician seemed nervous, as though she was there for an interview. Putting her arms around Wale’s neck felt and looked odd, not to talk of singing for him. The scene was not only unemphatic, we then see Esther Audu crying. Over what?

Writer and director – Best Okoduwa (Karma – TV Series, Green Grass) didnt have the character nor the soul for his role. He looked faraway. As the filmmaker, he should take an award for this. As an actor? ‘Hell to the no’. Which reminds me of Kingsley Okereke who, (also) directed and, acted in Shoot to kill (2016). No passion or grip in their words – like ice-cubes on marble.

This Savvy Minaz productions,  would have been an award winner except for its confusing ending. It ended like there’d be a part two.

Regardless, this is still a must-watch. Catch the trailer below.

Previous Post It’s About Your Husband Earns ‘6’ from Rejoice! Do you think its worth it?

Next Post Sick and Tired of Doing ‘Fine Girl’? Read Rejoice’s thoughts on this.