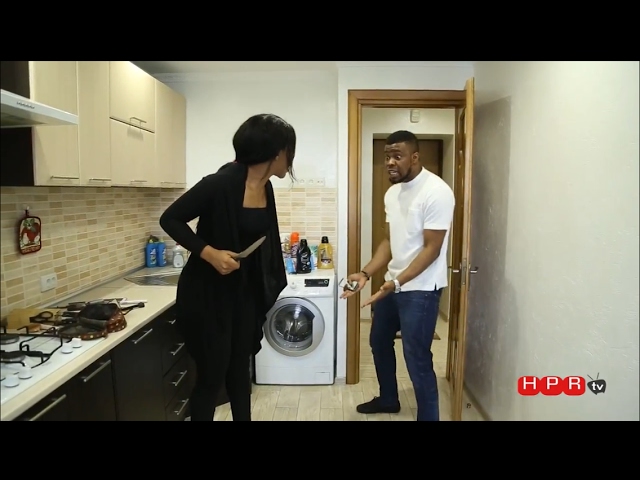 I love a good web series and “This is it” by LolaDee proves that there is no end to making a captivating romantic series that is genuine and yet entertaining.  The charm of “This is it” is in its good actors, Nick Mutumi and Chiagoziem Nwakanma. They do an excellent job in creating a sizzling onscreen chemistry that makes us swoon and sustains us through 10 episodes of the series. Dave and Steph on the other hand seem to be inspired by “This is It” but unlike Tee and Dede of “This is It,” Dave and Steph are an unmarried couple dealing with the challenges of dating while young. They are in love yet the flimsiest things cause problems between them. They fight for all the wrong reasons, for example makeup, date nights and so on. While this can be realistic, we don’t enjoy it on screen as something that is relatable.

The lead actors seem to lack what should make the series highly intriguing- which is chemistry. Steph is too bossy, that is the motive of the script writer but in performing her role the lead actress is off and we can hardly connect with her intentions through the series. The writer devises many situations to portray a problematic relationship but while we are able to laugh in several scenes, many other scenes are forced and out of place. For example when Dave invites an event planner to Lunch to plan a surprise birthday for his girlfriend, the party is supposed to cost N250, 000 and yet throughout the series, we are told that Dave is jobless and broke.  There are a lot of inconsistencies in the 30 minute series. These inconsistencies are glaring and instead of enjoy the drama, we spend time picking on all the mistakes that are packed in these web series.

There is also serious grammar misuse from the lead actress, she speaks wrongly severally and we don’t know if to attribute this to the script or to the actress herself or even to the continuity manager and the editor for not bringing this to the attention of the producer and the director. This ended up on the internet as a finished work for us to consume and yet despite several errors the one that sticks is the constant grammatical mistakes from the lead actress.

Next Post Jade Osiberu Gets Ready to Thrill With ‘Isoken’