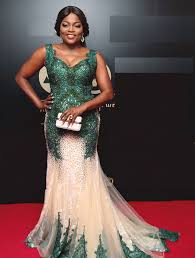 Many years back, Funke Akindele’s aspiration was to be a Lawyer, thanks to a strict father that wanted her to go after a professional course. She went to the University of Lagos, and bagged a Law certificate. Today, the Law certificate is not in use but we bet the knowledge acquired as a Law Student plays a big part in all the movie contracts and other deals the super talented producer has to sign.

Funke Akindele started her career with “I Need to Know” and she recalls hearing that she would not get far in her career.Consider it one of the sad challenges of life, people will always say mean things but that was not a problem for Funke.

One thing took her far, “perseverance” and after years of featuring in “I Need to Know”, which was a popular TV Show in the 90’s, Funke was not getting booked for as many roles as she thought she would. She however landed a major role as Jenifa, a village razz-girl that visits Lagos to earn a degree. Her role as Jenifa gained her good prominence.  Nollywood boasts of many established and inspiring acts and Funke Akindele-Bello is one of them. She is Xplore’s Woman Crush for five reasons. 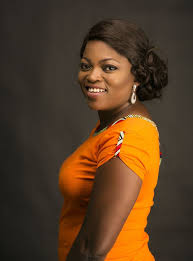 5. Business Acumen: Funke proves to us that there is no limit to making a splash of a tested idea that turns successful. Inspired by the success of the character Jenifa, she has made eight seasons of “The Jenifa Diaries” and we predict there are more to come. Funke has also promised an international stage play with the characters from “Jenifa Diaries”. She has launched a streaming service with Scene One TV where fans can directly subscribe to watch contents she produces. “Industreet” the musical drama recently launched on Scene One TV and the only reason her husband launched it, is because Funke believed the idea will change the face of television.

4. She is a Triple Threat: We generally know Funke as an actress but she also co-directs, and writes “Jenifa Diaries”. She produces also. An addition to every talent she has,  is that Funke dances really well, and she is also a comedian. Scrap the triple threat part and allow us coin “the artistic threat” slogan for Funke.

3. Perseverance: She did not quit acting even though she was not getting roles or being celebrated as she thought she would be. She kept pushing and decided to create her own content channel. She put all her energy to creating seasons of Jenifa Diaries and with that, she provided herself the opportunity she was not getting.

2. She is an advocate for Young talents: The first thing you will notice if you follow “Industreet” is that majority of the cast is made up of young talents. For many of them, it is their first time on screen and all they had to do was show up at the auditions. They did not only get roles, they booked major roles and are doing a good job. “Jenifa Diaries” also featured new faces like Lota Chukwu and Juliana Olayode

1. Supportive of Female Colleagues: The hashtag Women supporting women is one we have to push for, because women seem to always be at loggerheads especially in a competitive space as Nollywood. We are happy Funke actively pushes the work of other women, she is an inspiration to thousands of girls out there and they can always learn from her to support other women. There is always enough space for everyone to do bog things.

We have more reasons we love our Jenifa, but because we love diverse opinions, it is time to hear why you love Funke Akindele-Bello?

Previous Post As “Isoken” hits N55 Million at the Box Office, here are 5 reasons to go see it!

Next Post Movie Review: “Faze” lacks a plot but banks on good acting!