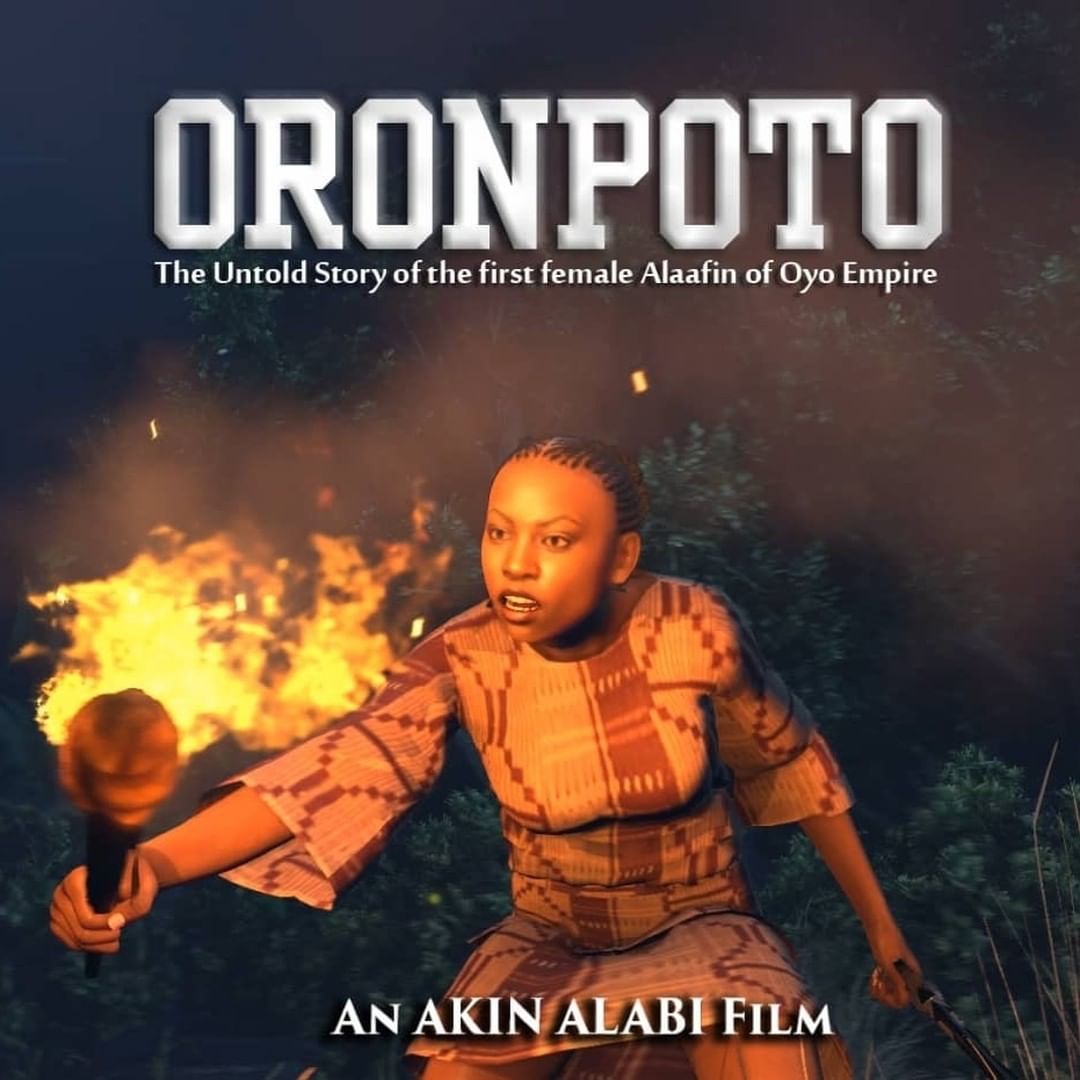 Renowned video director and visual artist, Akin Alabi, has released a snippet from his upcoming animated film, The Legend of Oronpoto. The animation follows the story of the legendary Oronpoto, the first female Alaafin of Oyo who reigned in the 16th century, between 1554 to 1562.

According to historians, Alaafin Oronpoto was the daughter of Alaafin Ofinran and the granddaughter of Alaafin Onigbogi, both rulers of the Empire in their own time. When her father died, her brother, Prince Eguguoju became the next in line to the throne and he succeeded his father. However, he died at a young age without a male successor.

Alaafin Oronpoto’s younger brothers, Prince Ajiboyede and Prince Tella were very young and as such couldn’t assume the throne at the time. As a result, Orompoto would leave her role as a regent (one that was instrumental in driving the Nupe from Oyo in 1555 after a protracted battle) to assume the throne.

The voice-over actors featured in the animation include Woli Arole (The Call), Muyiwa Ademola, Omotunde ‘Lolo’ Adebowale-David (Jenifa’s Diary), and Bukunmi Oluwasina. The introductory voiceover was done by Ngumex Peter while the chant was done by Apataganga and Lawal Abiodun. The 3D animation was done by Benjamin Dazhi, the C.E.O and Founder of Just Art Animation Studios.

The entire project was made without any physical meeting among the team members. They all did their parts from home, working on this animation from Abuja, Ibadan, Lagos, Canada, Oyo, and Akure virtually.

Watch the snippet below and leave your thoughts in the comments.