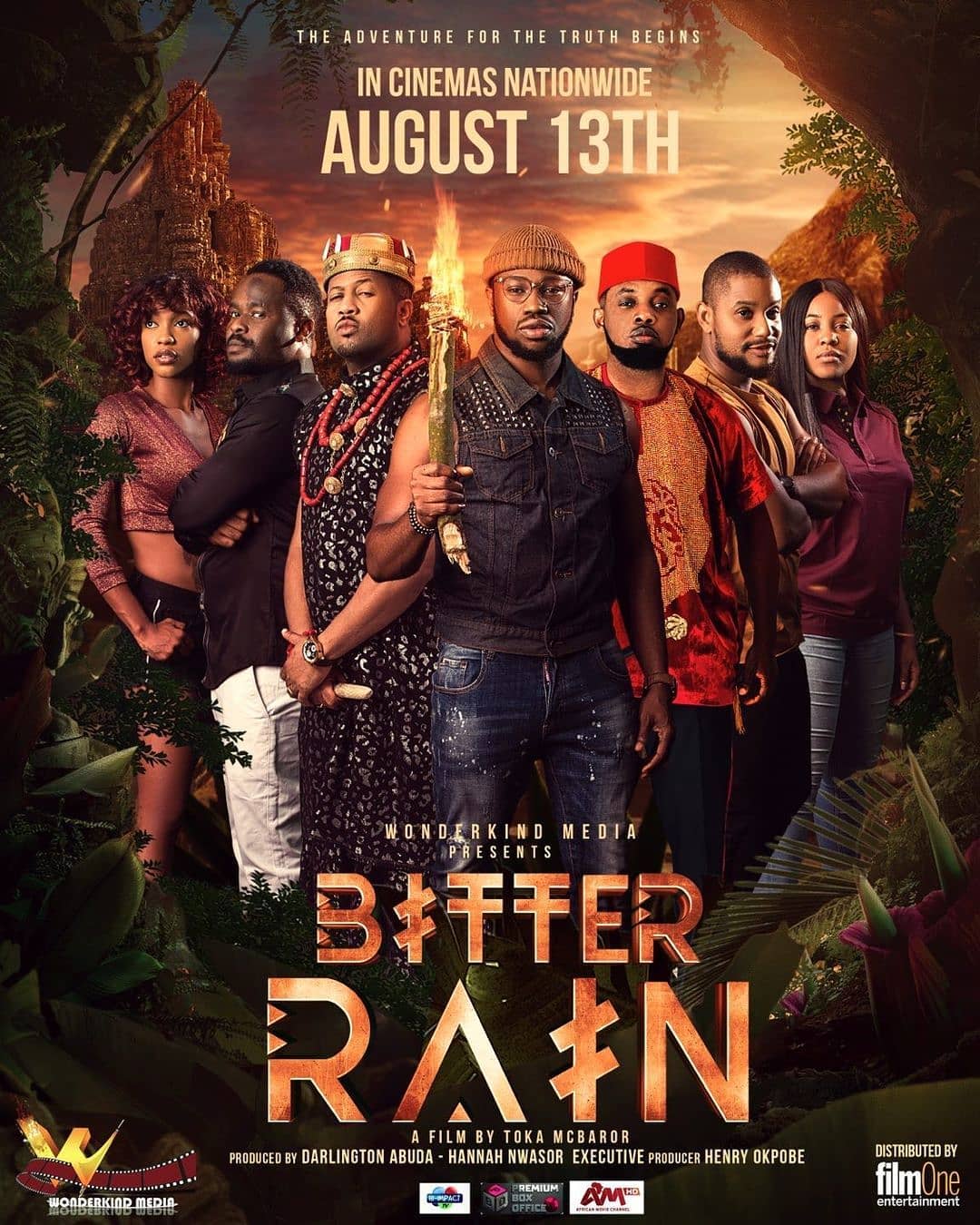 The official trailer for Bitter Rain has been released. Produced by Darlington Abuda (Mamba’s Diamond) and directed by Toka McBaror (Kada River), the movie is expected to start showing in cinemas across Nigeria from the 13th of August.

Written and co-produced by Hannah Nwasor, Bitter Rain tells the story of a group of individuals from the city (a journalist eager to find the truth and an adventure-seeking couple who converge on a mystical celebration in a distant town of Ahaba) and a powerful, fierce, secretive, yet troubled King who leaves no stone unturned in his quest to stop his 40th bitter rain.

The movie was executive produced by Henry Okpobe and will be distributed by FilmOne Entertainment.