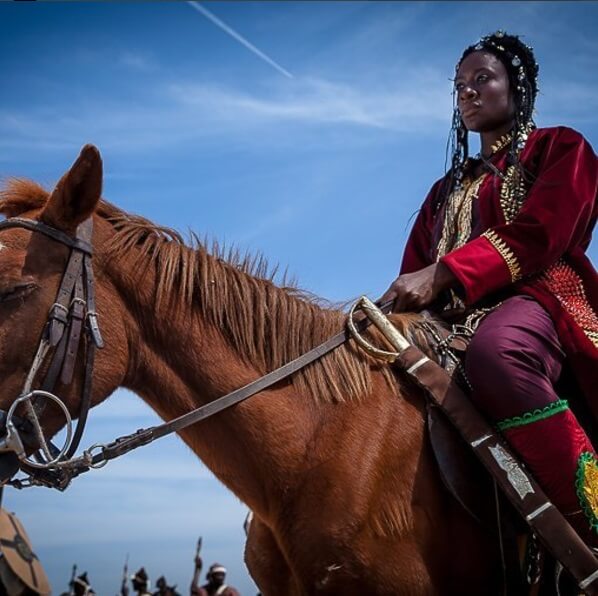 The trailer for Amina has been released as the epic drama prepares for the big screen. The film was directed by Izu Ojukwu, the award winning director for ’76 (five AMVCA awards) and Sitanda (five AMA awards).

In an interview with Adenike Adebayo of The Screening Room, the cineaste said: “This is a Queen from our own part of the country. She hasn’t been celebrated. She has championed the cause of women empowerment for so many years before the advent of media: print, (or) electronic. She ought to be celebrated and that’s what we did in the film.”

Produced by Okey Ogunjiofor (known for Living in Bondage), the film is based on the legend of Queen Amina, a 16th century Hausa warrior-queen who dares to address inequality. Screenplay was written by Uba Franklin and the trailer stars Lucy Ameh (Bariga Sugar), Ali Nuhu (Banana Island Ghost), Clarion Chukwura (Hell’s Fury), Yakubu Mohammed (Walking Away), and Magaji Mijinyawa.

Amina is a Bank of Industry collaboration with VideoSonic Studios and BlackScreen Entertainment. The film was shot by Pit Kreil and Wale Adebayo and the battle charge is a must-see.

Next Post Tissy Nnachi’s ‘Flirting With Fifty’ Revolves Around Lust, Greed, And An Illicit Affair