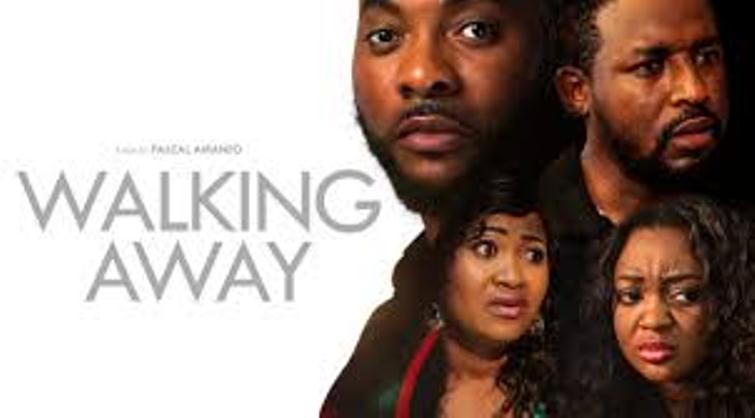 This has to be one of the loveliest scripts by Chisom Okereke (Secret Guilt, Goat Lover) I’ve seen in a long time. Scenes were hardly wasted, in fact, for over two hours I was completely screen-bound. Directed by the award winning Pascal Amanfo (House of Gold, Single and Married), we are taken into the lives of two couples, one married pair (Fred and Cindy) and another unmarried pair (Nikolas and Ijeoma).

Nikolas (Bola Ninalowo) proposes to Ijeoma (Jackie Appiah) severally but she refuses every time despite being live in lovers for three years. Eventually, he enlists the aid of his mom (Patience Oseni) to coerce her will. She finally agrees but only luck saves him as he was about to marry another man’s wife – his boss’s runaway wife.

Fred (Yakubu Mohammed) and Cindy (Mary Remy) on the other hand are married. But it’s a marriage packed with strife and perpetual violence. Fred cannot stop losing his mind and beating his wife. Fortunately, Ijeoma and Cindy work in the same office so Ijeoma tries to help. Unfortunately, Cindy doesn’t think she needs a shrink (therapist) and ends up dying at the hands of her husband. The same guy she’d always put up an excuse for.

The City People’s 2013 Best Actor for the Year – Yakubu Mohammed (Dark Closet – 2015) does well playing a ferocious Fred but endlessly went overboard with it. He was too twitchy for comfort, not to talk of marriage. Bola Ninalowo (Road to Yesterday – 2015) was entirely natural and by all means killed his role as Nikolas. The film fully focuses on the obscene horrors of physical abuse in marriages. The wife who walked out of a violent relationship found happiness, and life, unlike the laudably-optimistic but ignorantly-destructive other.

Chisom Okereke doesn’t, for once, leave the plot for any side attractions. The music/soundtrack (Shedrack John) was okay, the sound effects too, but the scene Nikolas tried his third luck at proposal started off too quickly. More upsetting was the creepy soundtrack instead of a love one. When Vincent Koker (the new boss played by a husky Bob Michael) first arrived, he didn’t have to start his introductory speech outside and then end it in the boardroom.

His costumes (Andy Ike) were an eyesore throughout and there was no need for his dark shades at any point. The office meeting itself was a pointless popping of bottles and loud toasts where no formal protocols were observed. It was odd not to find one female member of staff present. And although Ninalowo’s costumes were catchy most of the time, his shirt during his performance appraisal was a far cry for something to be found on a professional accountant.

Produced by Kingsley Okereke and ROK Studios, Walking Away is rated 6/10 but is undoubtedly one amazing story that may draw water from your eyes (with its assuaging comedy). It’s a must watch for couples, especially the married ones. Husbands should learn. At the end of the day I think the characters all got what they deserved as per karmic retribution and co.

Previous Post 4 Reasons Why Horror Is The Best Genre