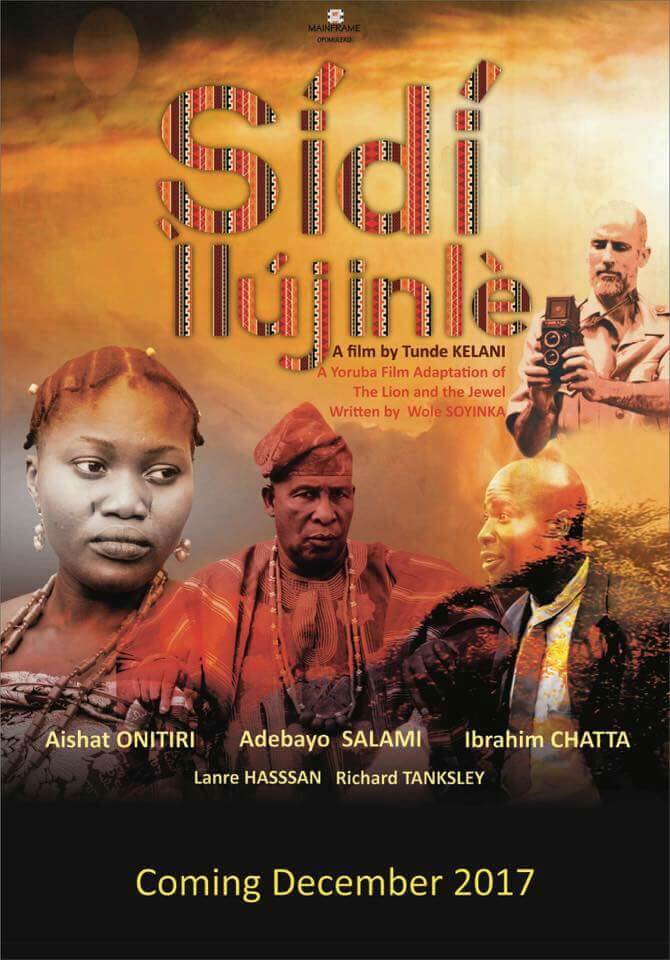 There are film directors that have dedicated their careers to preserving culture through the art they make, and a director that sticks to that is Tunde Kelani. In more than 20 years of his career, Tunde has produced works of culture, primarily using the Yoruba language as the language of communication.

While his last feature “Dazzling Mirage” was in English and an exploration of the sickle cell disease, Tunde is now focusing on cultural stories and he is continuing with an adaptation of Wole Soyinka’s “A Lion and the Jewel,” now titled “Sídí Ìlújinlẹ”

The Lion and the Jewel was first performed in 1959. It chronicles how Baroka, the lion, fights with the modern Lakunle over the right to marry Sidi, the titular Jewel. Lakunle is portrayed as the civilized antithesis of Baroka and unilaterally attempts to modernize his community and change its social conventions for no reason other than the fact that he can.

Sídí Ìlújinlẹ is a comedy film and a confluence of poetry and prose. The film  follows Wole Soyinka’s narrative very closely, and tells the story of the tussle for Sídí, the most beautiful and now famous girl in Ìlújinlẹ̀, between Baroka, the Baalẹ and Lion of Ìlújinlẹ̀ and Lakunlé, the educated school teacher.