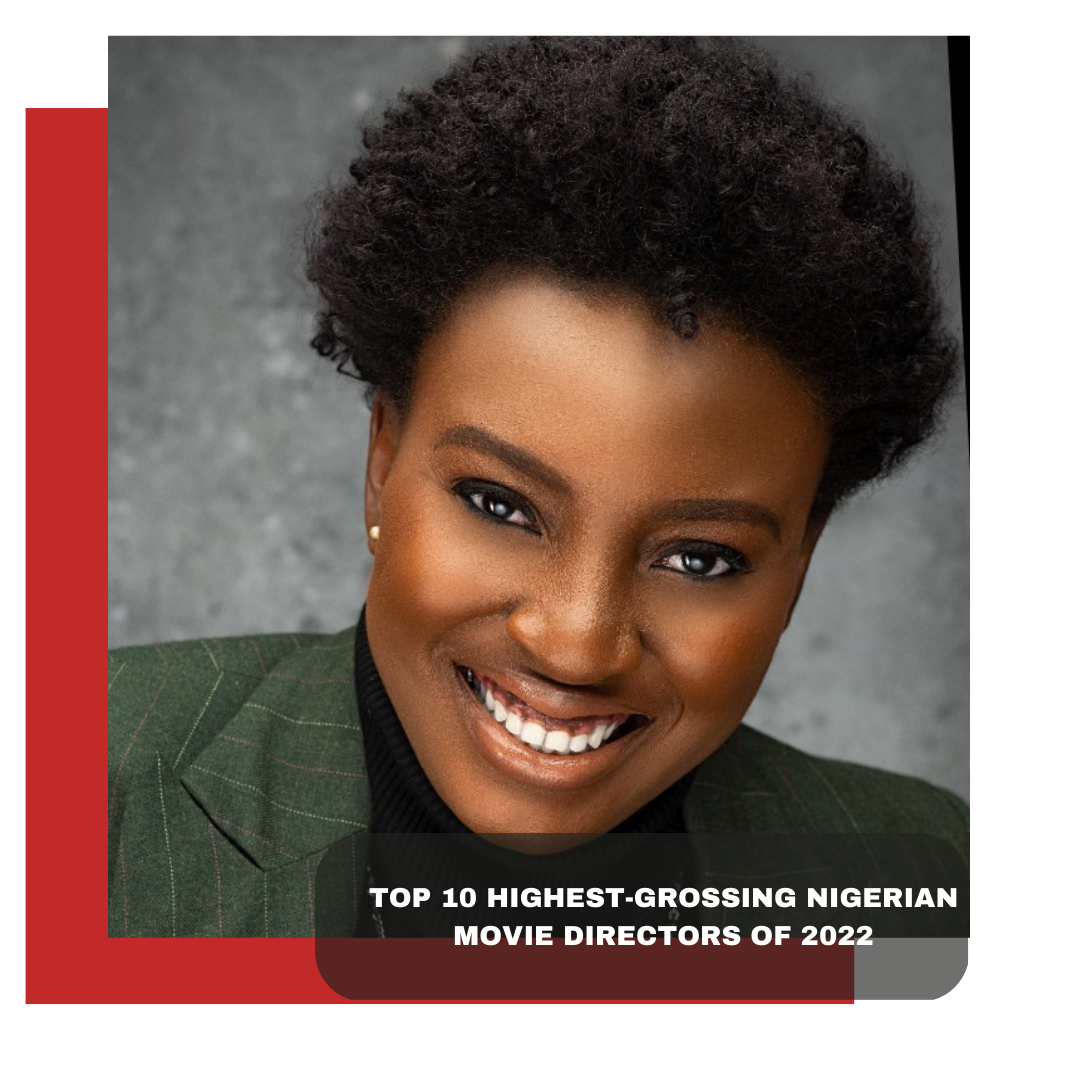 Yeah, we are still basking in the New Year and as we ease into it, Xplore is looking at Directors with the ‘highest-grossing movies of 2022’. Making a movie is no joke and then having them shown in the cinemas, let’s just say kudos to those that have achieved it and crossed the bridge!

We would not be boring you with the math and what the cinema, studio, and then producers take at the end when it is all broken down (especially in this economy).

But these guys deserve all the accolades, and we are here to hand them their flowers, for keeping us entertained for the year 2022. 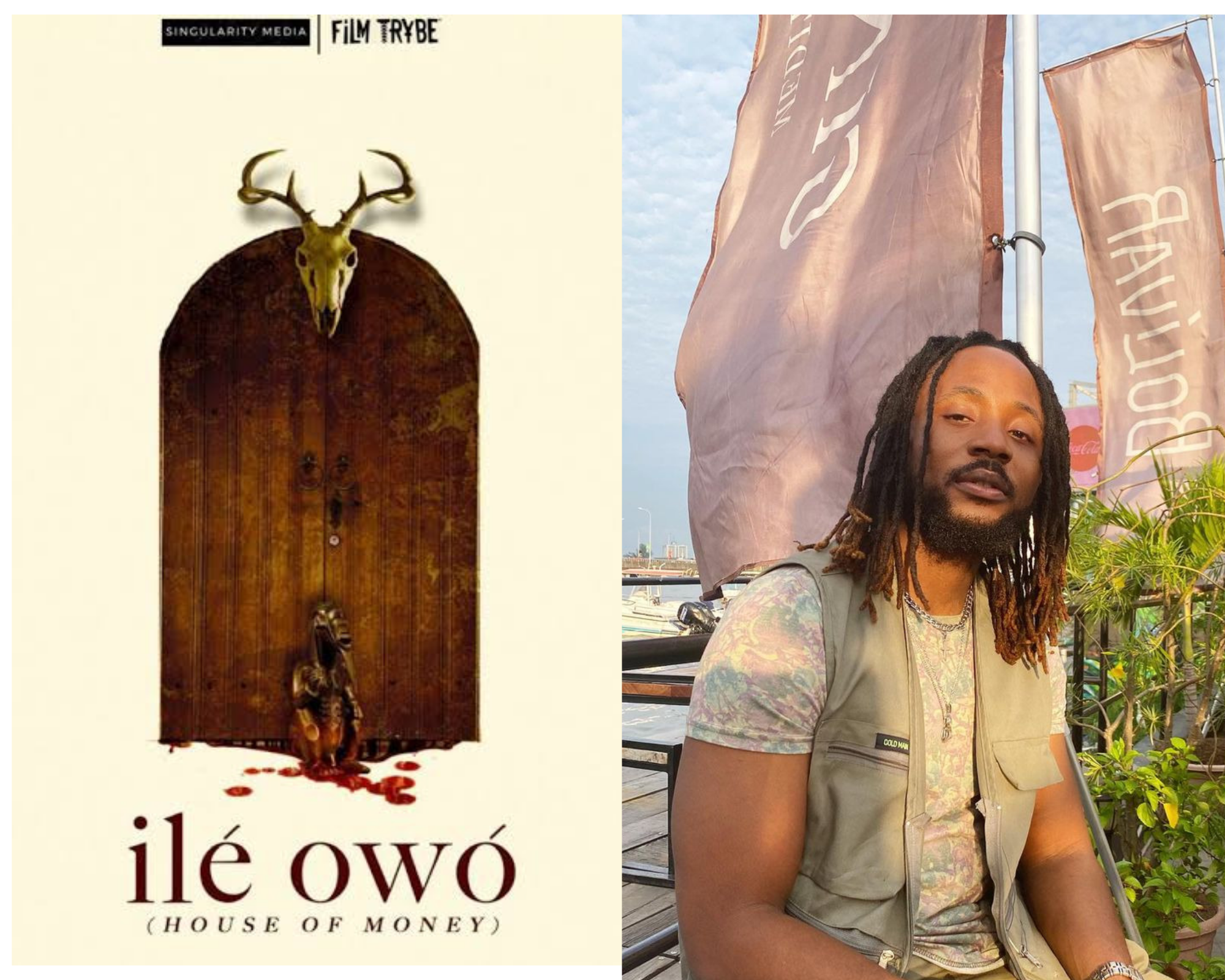 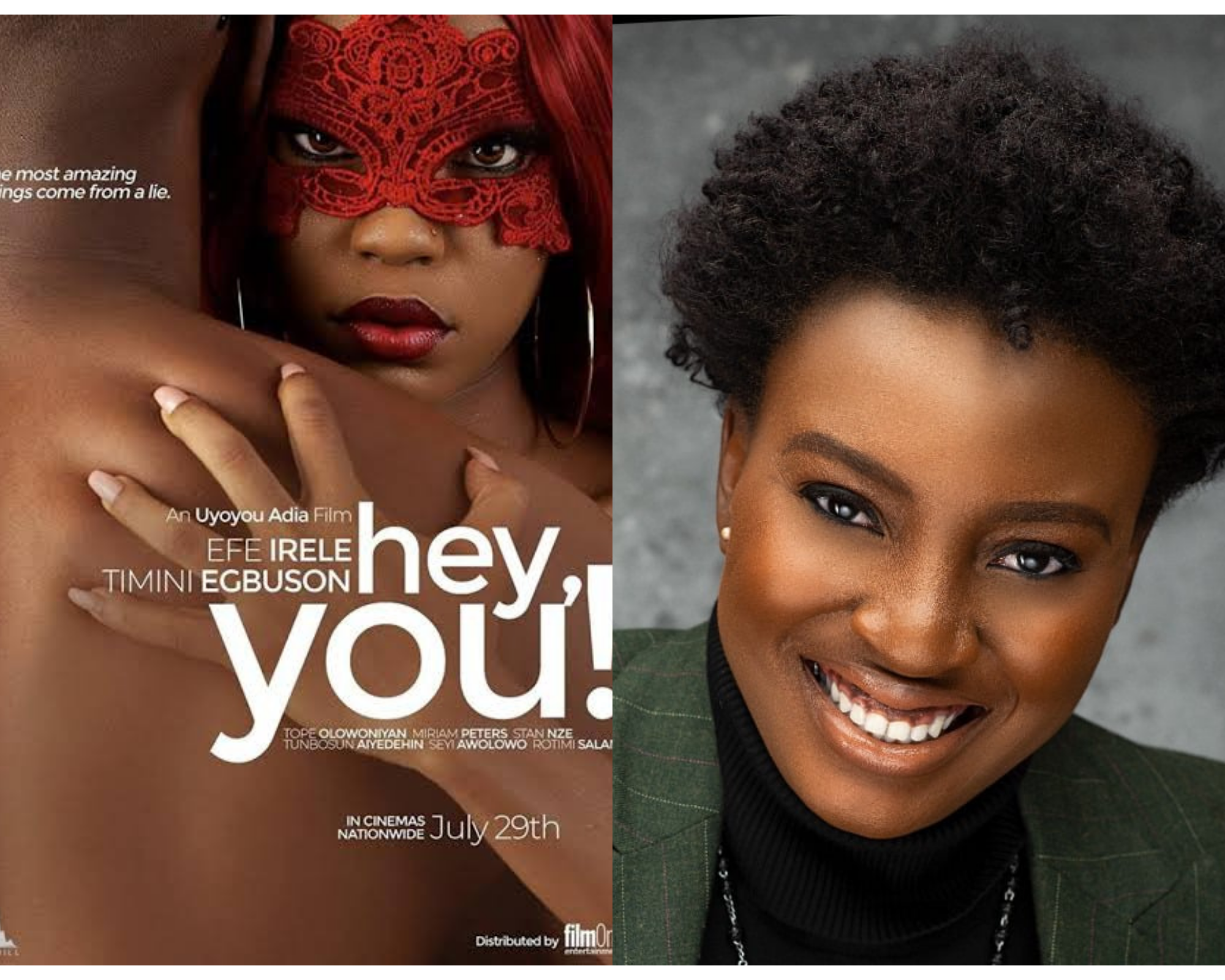 Uyoyou started acting in 2013 and after a writing workshop powered by Homevida, Google, USAID, and Pan-Atlantic University, transitioned into directing. Between 2019 to 2022 there are 10 feature films under her belt (not what I would recommend for a raising film maker), however she is on our list as number 9 after grossing N36,310,700 for her movie ‘Hey You’.

The movie stars Timini Egbuson, Efe Irel, Rotimi Salami, Stan Nze, Tope Olowoniyan, Miriam Peters, Tunbosun Aiyedehin and Seyi Awolowo. She is the first female director on this list, and we are super pumped to see more for the year 2023. 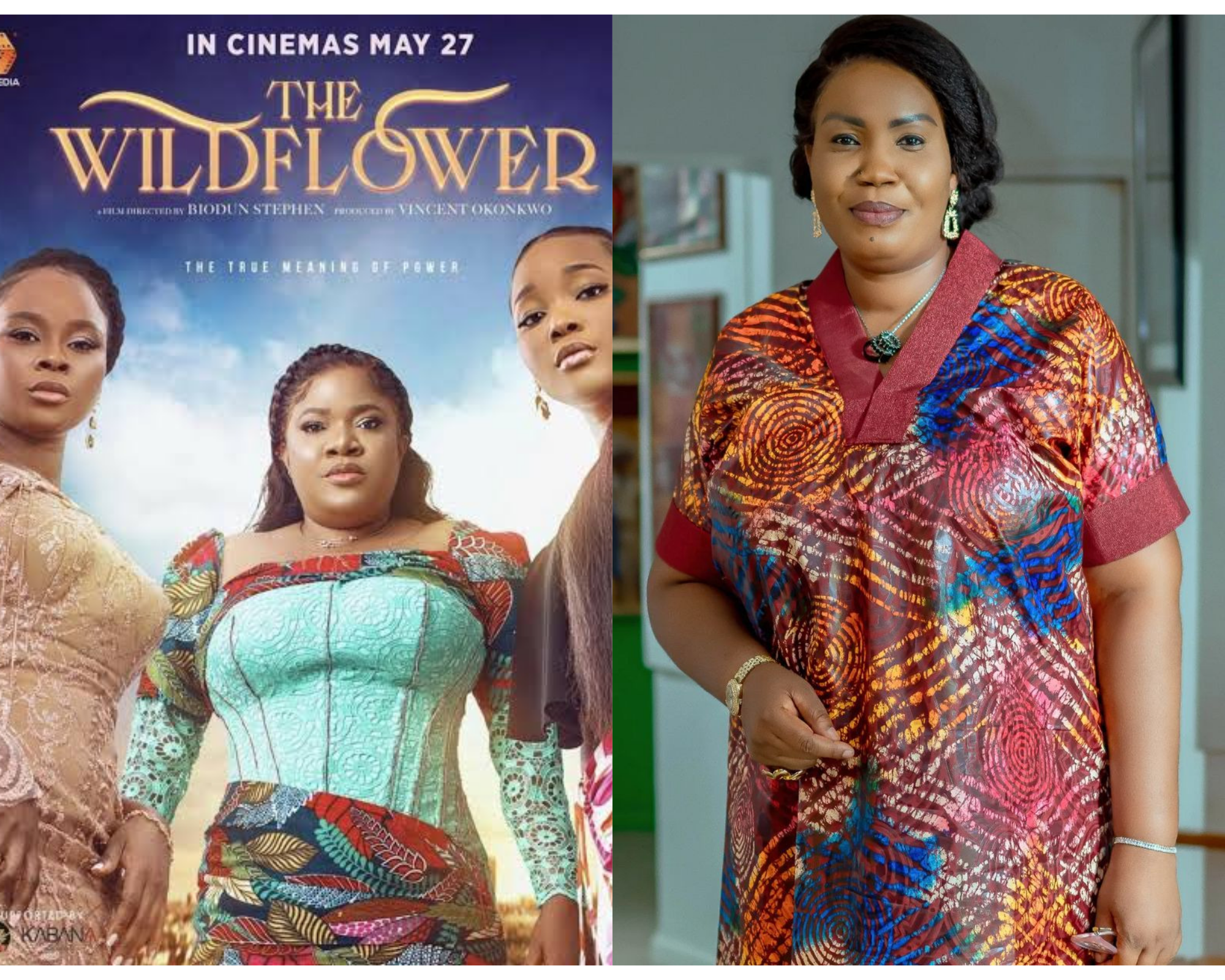 Biodun is the 2nd woman on this list and earns her flowers from the movie ‘The Wildflower’. Staring Toyin Abraham, Deyemi Okanlawon, Etinosa Idemudia, Nosa Rex and Zubby Michael. She kicked off her directorial debut in 2014 following a practical film production training at the London Film Academy. Between 2015 and 2022, she has 17 works to her name (wow… and wow) with 7 of those works attaining a gross total of N390,282,511 (maybe quantity is better than quality). ‘The Wildflower revolves around three assaulted women who are living in the same compound. 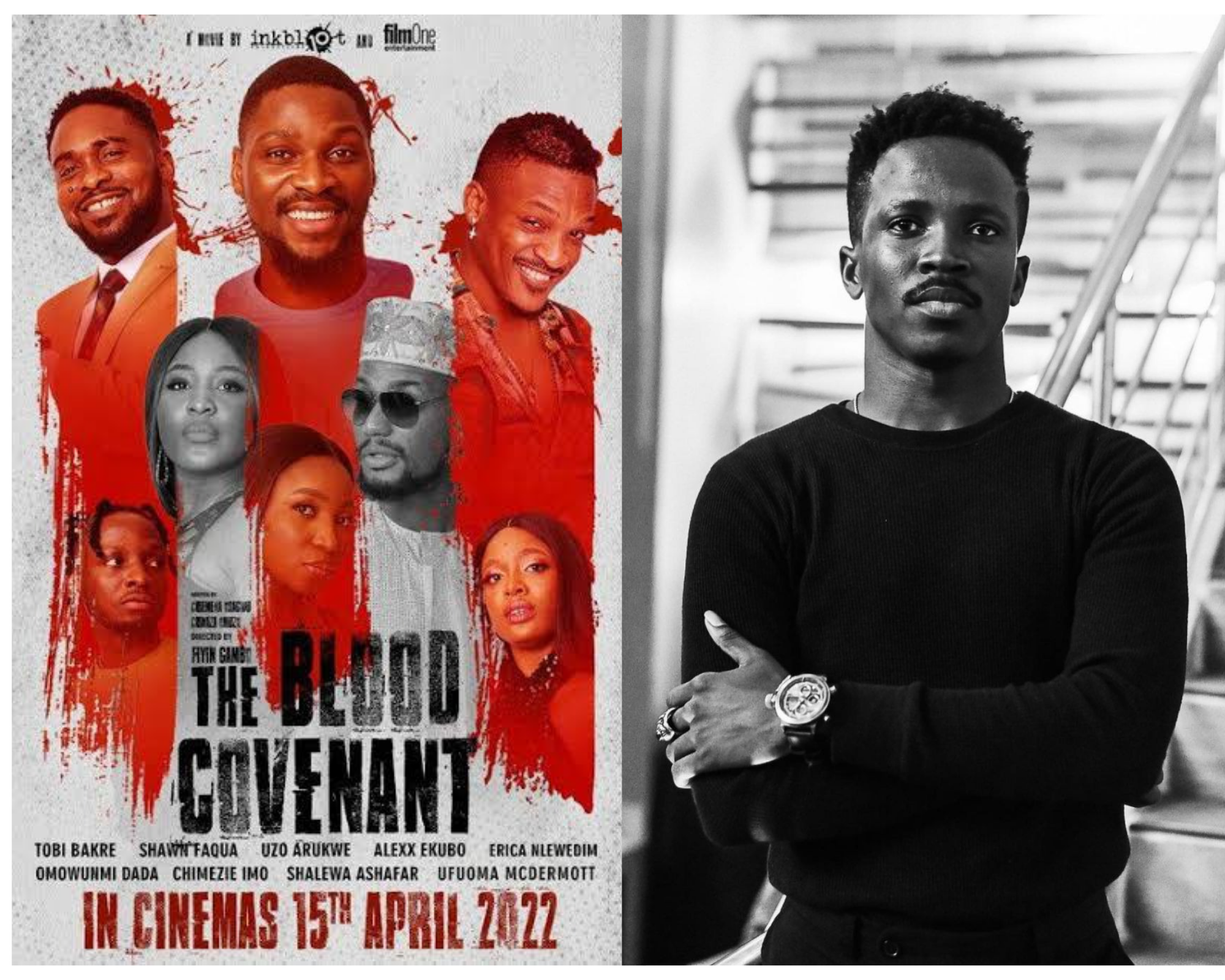 Not much is known about Fiyin Gambo online outside of the fact that he is a graduate of Covenant University, and is the youngest film director in the country. He has 4 works to his name, one of which is The Blood Covenant which grossed N43,122,100 in cinemas.

Dinner at My Place was originally a short film of 11 minutes, released in 2019. It garnered loads of positive accolades, and awards and screened at film festivals. So, Kelvin decides to make it a feature film with a cast made up of Sophie Alakija, Timini Egbuson, Bisola Aiyeola, and a host of others. 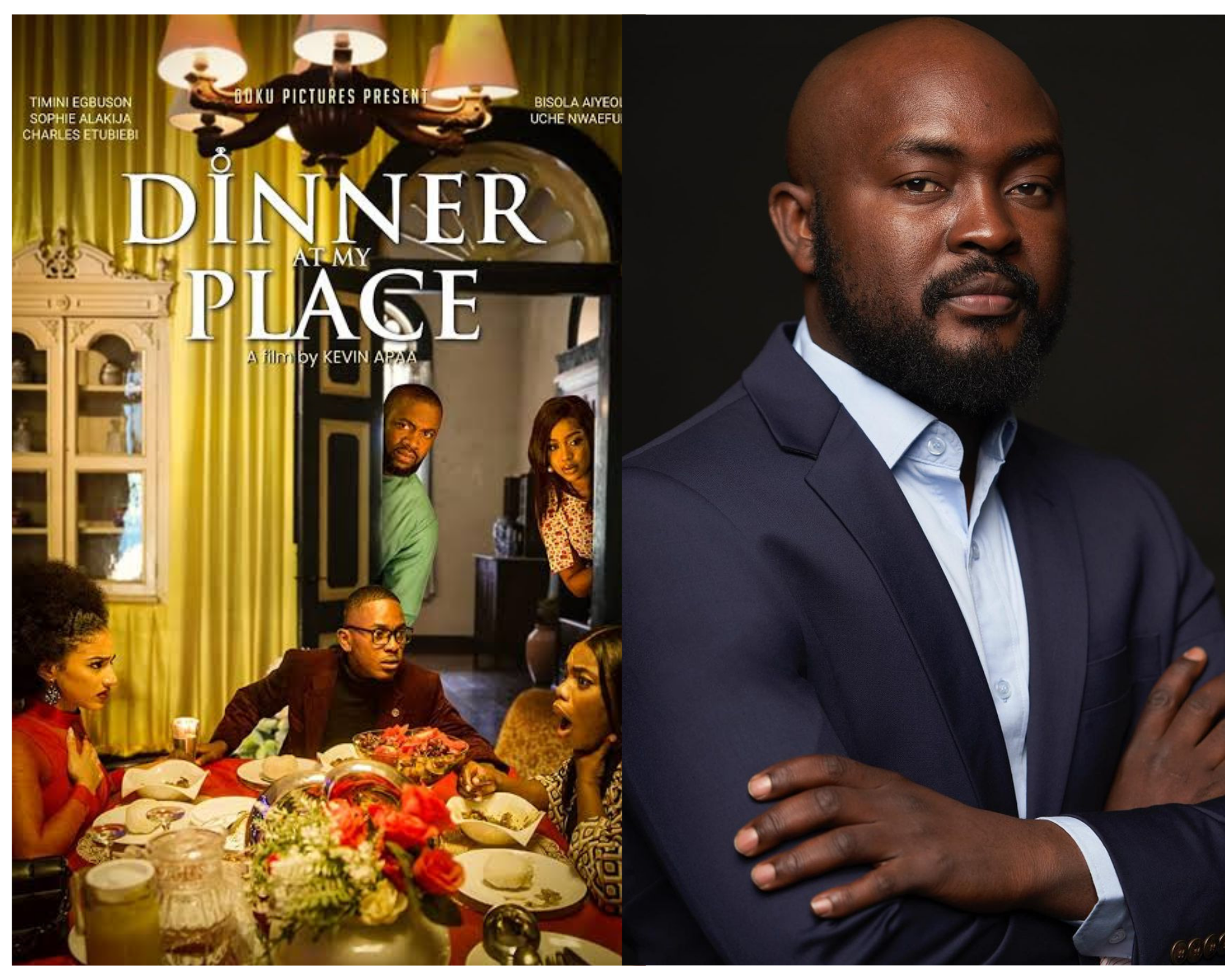 Yay! We are in the middle 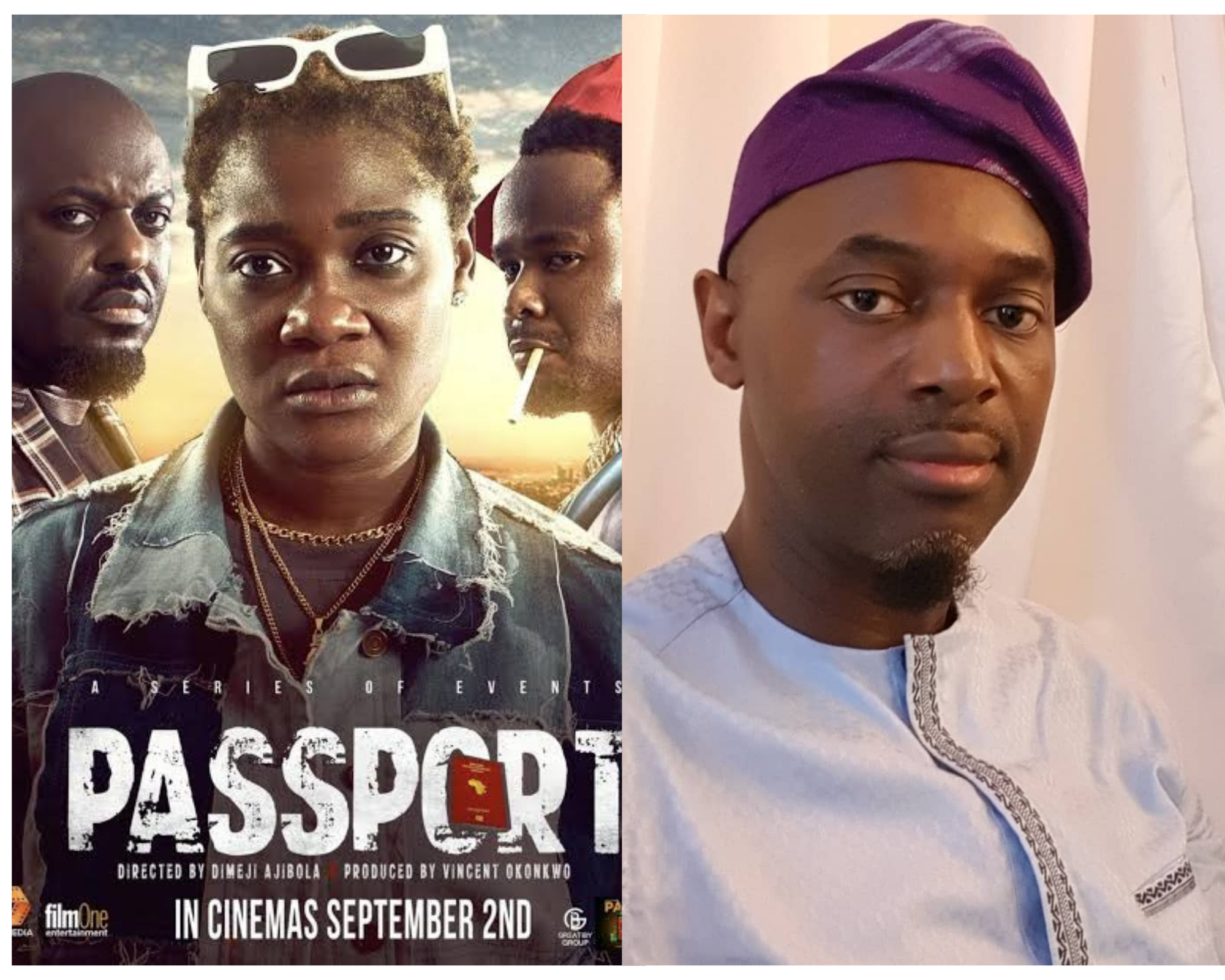 Passport is a comedy featuring Mercy Johnson Okojie and Jim Iyke. One a street urchin the other a rich sucker. Dimeji Ajibola is no stranger to the industry as he kick-started his career over 18 years ago. An Alumnus of the New York Film Academy and Animation Mentor Academy, his first movie Hoodrush was released in 2012, and has 9 other movies to his credit which include Passport. He’s movies have won awards, home and abroad including been ranked as the best movie out of all the movies on the Iroko TV platform for the year 2017. 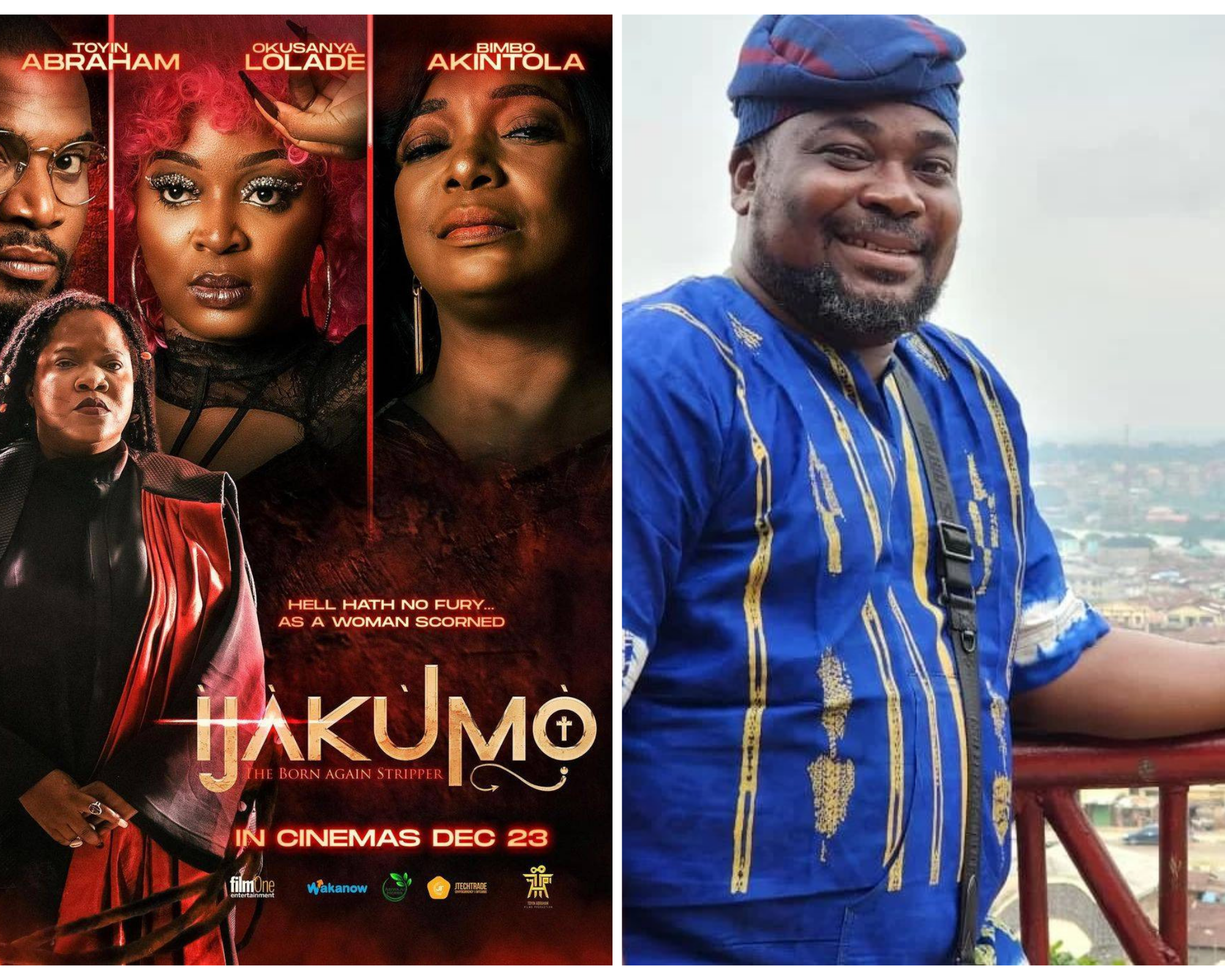 Adebayo has been in the industry for over 20 years, especially in the Yoruba movies genre. His name appears twice on this list, as his movies for the year 2022, grossed a total of N513,524,470. Ijakumo tells the story of Asabi, daughter of a powerful spiritualist who is hell-bent on destroying the life of her ex-lover, a now renowned Lagos big pastor, Jide who cheated her and left her to die. The movie stars Toyin Abraham, Kunle Remi, Lolade Okusanya, Bimbo Akintola, and Olumide Oworu

Tope is also no stranger to the film industry particularly the Yoruba genre aspect, as he was influenced by his dad, popular veteran actor, Adebayo Salami. His journey kicked off in 1991 and he has a total of 16 movies to his credit before he teamed up with Adebayo Tijani. 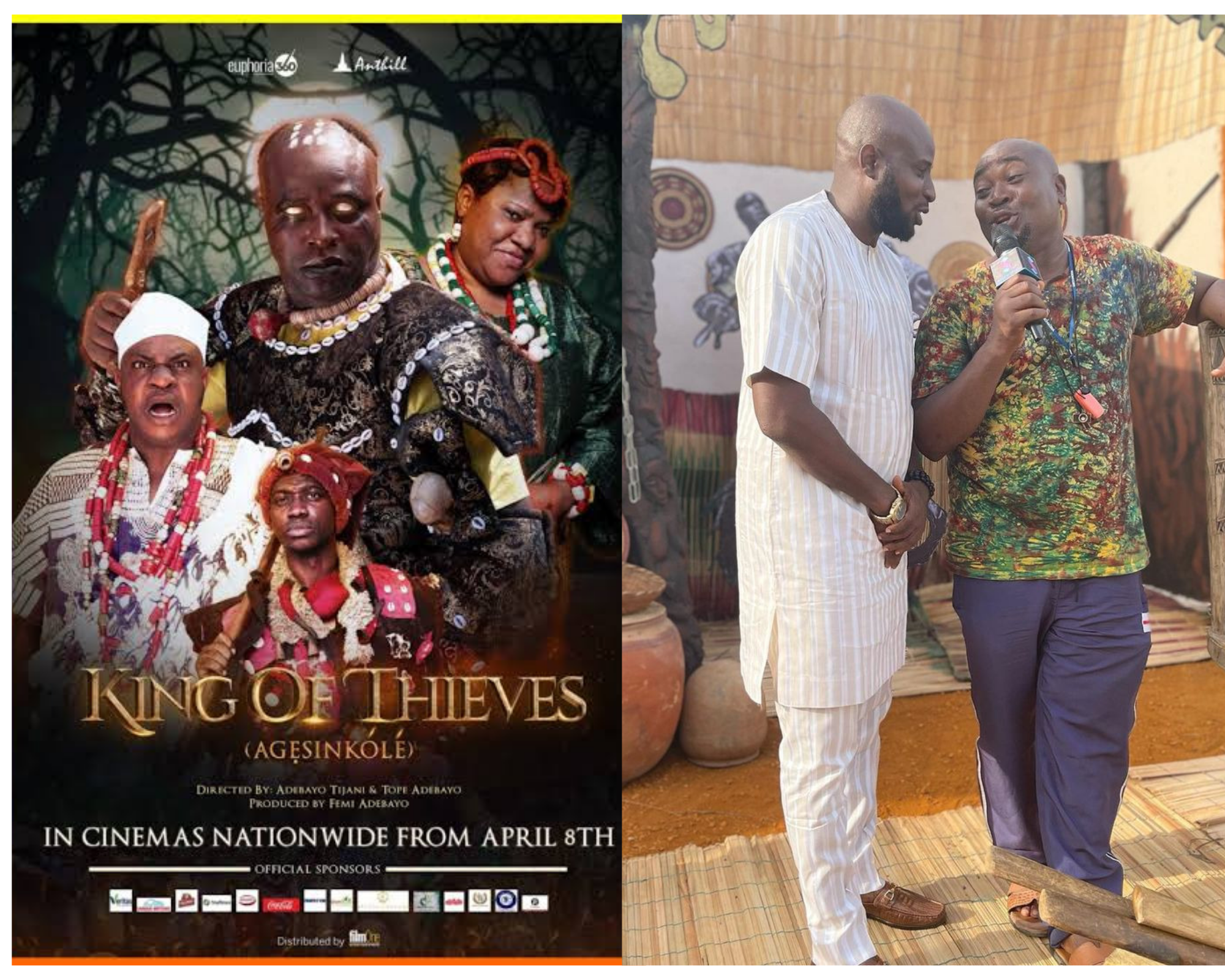 King of Thieves (Ògúndábède) is a story of a famous town and prosperous kingdom overtaken by a powerful bandit and terrorist. It takes resources available to the kingdom to get rid of the bandit and restore the kingdom to its glory. The movie stars –  Femi Adebayo, Odunlade Adekola, Toyin Abraham, Ibrahim Chatta, Lateef Adedimeji, Aisha Lawal, Broda Shaggi, Segun Arinze, Mr. Macaroni, Dele Odule, and Adebayo Salami. 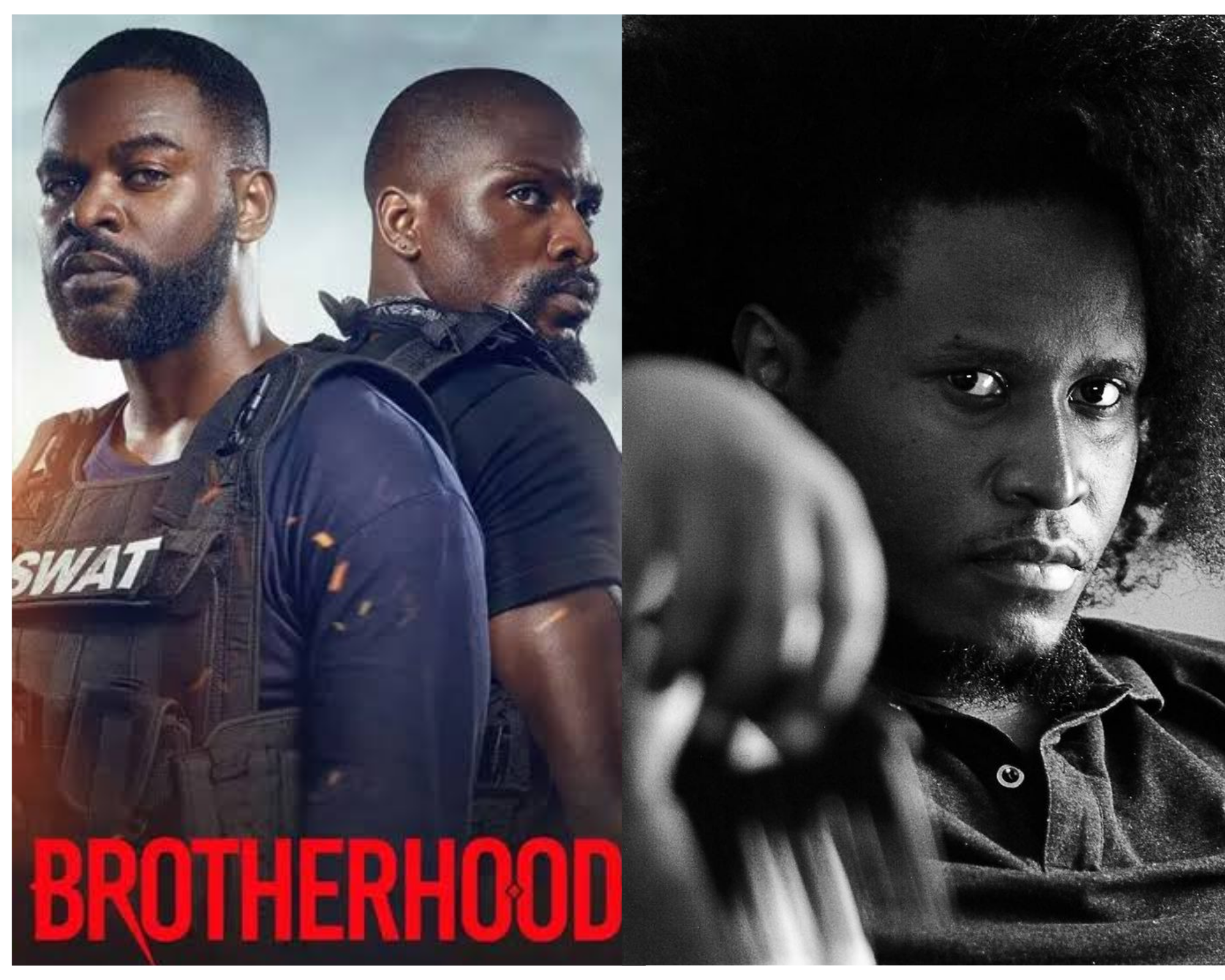 He might not be Nigerian, but he is on this list because the Brotherhood is a Nigerian movie and it did grossed N328,881,120. Ali is a Ugandan cinematographer, screenwriter, and film director. His directorial debut kicked off in 2013 with ‘Monday’. He has 6 feature films to his name with Brotherhood being the 6th and it is produced by Jade Osiberu.

Brotherhood is a crime-action thriller telling the story of twin brothers that find themselves on opposite sides of the law. It stars Tobi Bakre, Boma Akpore, Falz, Basketmouth, Sam Dede, Ronke Oshodi Oke, Toni Tones, Zubby Micheal, and Mr. Macaroni. 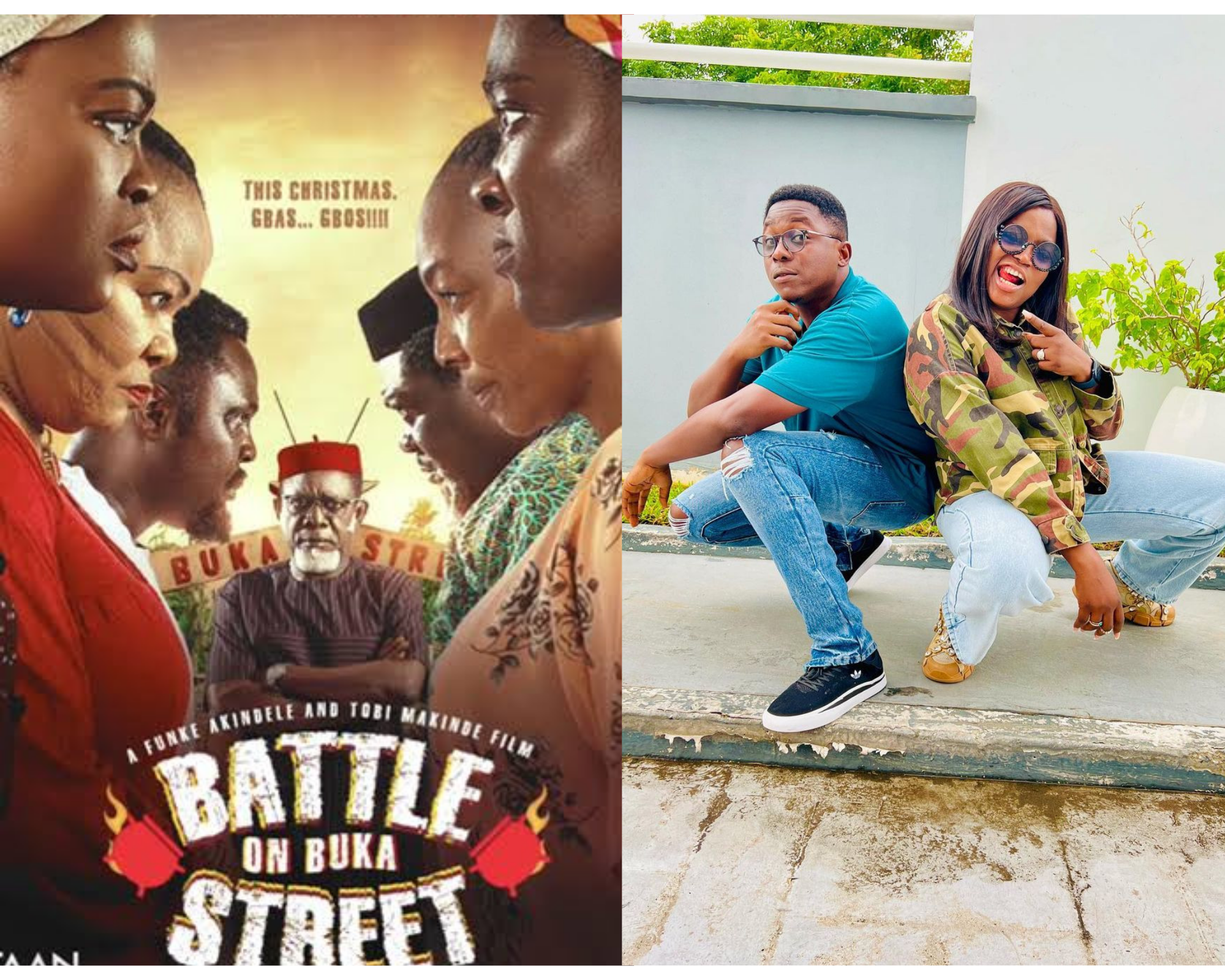 Funke is a household name in the film industry having starred in Yoruba and English movies alike. Since her directorial debut, 3 of her movies have grossed a total of N1,330,208,906 combined in the cinemas alone. Funke started her career over 2 decades ago and took up directing and producing with the movie “Jenifa”. Incidentally, Tobi Makinde’s journey to acting and now directing started from his auditions with the popular actress, and just like that, he is part of this project that earned her the number 1 spot.

Looking forward to what 2023 has in store for these directors.

This countdown is for the highest-grossing Nigerian films in the cinemas for 2022. It doesn’t consider foreign movies, revenues from special screenings, DVD sales, online streaming nor has it been adjusted for inflation.

Next Post Top Looks of the 2023 Critics Choice Awards and the Designers who Dressed them!