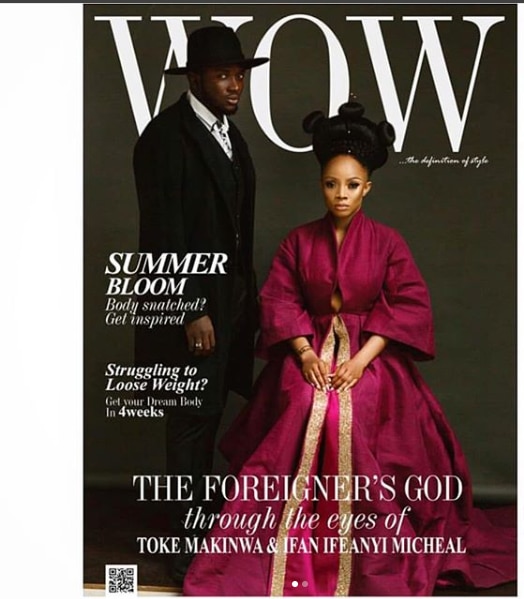 Ifan has been very strategic in announcing the cast, and to announce Toke Makinwa, the team went with a cover for WOW magazine.

This will make Toke’s second role in a feature length. In 2017, she scored a role on “Markate Must to sell” beside Toyin Abraham and Charles Okocha. Toke has also featured in an episode of “Jenifa Diaries” and also played Sidi from Wole Soyinka’s “The Lion and the Jewel”.

Toke is set to play Go-Go in “Foreigner’s God” and from the interview with the magazine, the character is a rape victim.

Speaking to the magazine about her character ‘Go-Go,’ the OAP said she went through series of emotions when she was informed of the role.

“When I was informed of the role by the producer, I went through a series of emotions; fear, doubt compassion. Rape is a huge issue, millions of women out there suffer in silence and being able to stand with victims of rape with my voice is an opportunity I wouldn’t miss in a lifetime.”

Toke also talked about what it was like working with Ifan, who also produced Lotanna.
“He is so talented. Ifan is definitely one to watch out for. He has an idea in his head, you may not see it immediately but once you trust his creative genius, you look at what he has created and have nothing but deep admiration and respect for his vision,” she told WOW.ng with Ifan Micheal, the executive producer of the star-studded film. 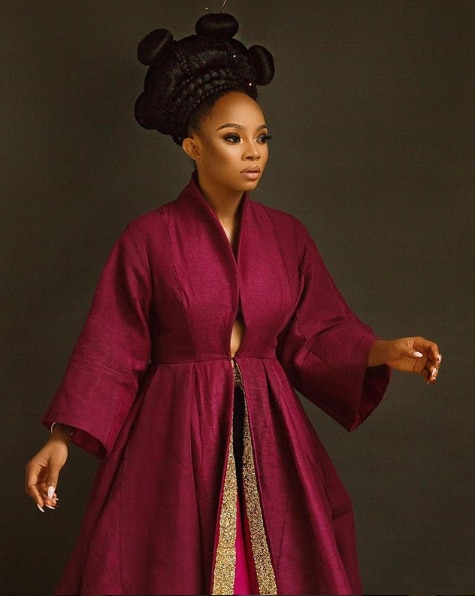 Are you excited to watch Toke in this star studded affair?
No votes yet.
Please wait...
Voting is currently disabled, data maintenance in progress.

Next Post NTA: Watch trailer for “Seven and the Half Dates” featuring Mercy Johnson, Jim Iyke and Sola Shobowale