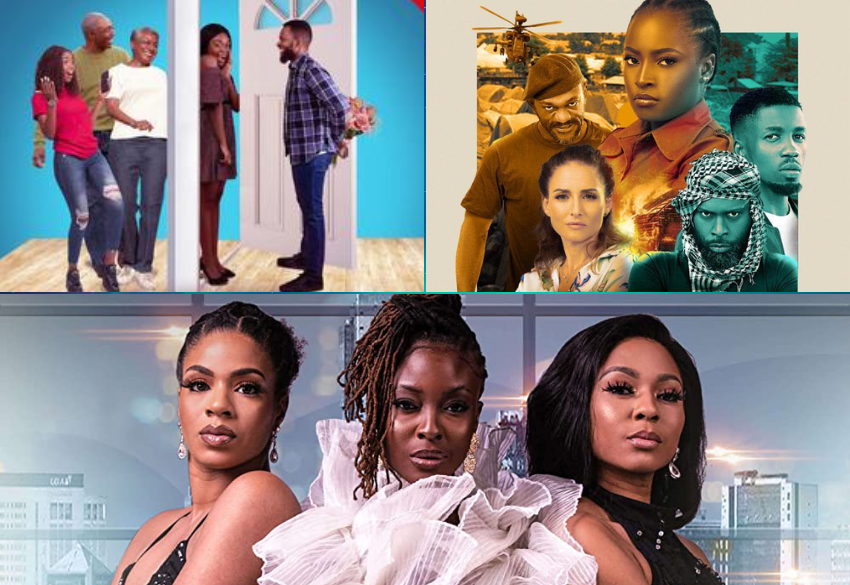 Africa Magic is set to start the year with a slew of new content, starting with new seasons of Date My Family, Unmarried and Lahira. These shows, of different genres, will premiere later this week.

Unmarried, which has won the hearts of fans over the past three years, will return for its fourth season. Since it premiered in 2020, the series has followed three women based in Nigeria’s metropolitan city, Lagos state. The three inseparable ladies – Funbi (Enado Odigie), Kamsi (Folu Storms), and Nengi (Venita Akpofure) – strive to survive the dynamics of friendship, career challenges, and relationships. The fourth season of Unmarried starts January 11, 2023, with new episodes every Wednesday at 6 pm on Africa Magic Showcase (DStv ch. 151).

Lahira, a brand-new epic drama, will also premiere this weekend. The show follows a young girl living in Northern Nigeria and underlines the prevalent terrorism the region has been under for almost a decade. Lahira’s village gets destroyed by armed men, and she, alongside other young girls, are forced to move to an IDP camp. Their stay in the IDP camp is short-lived as insurgents storm the location and abduct them. The camp leader, Dr Louis Michel, a foreign aid volunteer – their primary target – narrowly escapes. How will Lahira manage in the camp of the same armed men who destroyed her village and shelter? Lahira starts January 15 and shows Sundays at 6 pm on Africa Magic Showcase.

Everyone’s favourite Nigerian dating show, ‘Date My Family’, is also back for a new season. The reality dating show typically sees a suitor going for dinner with three different families of potential dates. At the end of all three family dates, they pick one date whose family has impressed them the most and take them on a romantic dinner. Follow singles as they go on dates with family members of their potential suitors and make their choice on season 4 of Date My Family. The new season starts January 15 and will show every Sunday at 6 pm on Africa Magic Showcase.

Executive Head of Content and West Africa Channels, MultiChoice, Dr. Busola Tejumola, explained that these shows are part of MultiChoice’s commitment to creating entertaining local content. She said: “Local content is at the heart of our production at Africa Magic. We continue to tell authentic Nigerian stories and showcase the best entertainment content on the continent. These returning Africa Magic series are part of a huge lineup for the year. They mirror the lives of different people in our society. Unmarried reflects different types of women, while Lahira tells the untold story of insurgency survivors. Date My Family will take viewers into the world of other singles and remind them they are not alone. We are excited to start the year with a lineup this versatile.”

Interestingly, Africa Magic also recently premiered a brand new season of the hilarious comedy, My Siblings and I. The fifth season of the series that follows the relationship between siblings in the Aberuagba family started on January 9. New episodes premiere every Monday at 8:30 pm on AM Urban (DStv ch. 153).

The shows join other local dramas like Itura, Covenant, Ricordi, The Rishantes, and more on Africa Magic, giving viewers a diverse range of local entertainment.