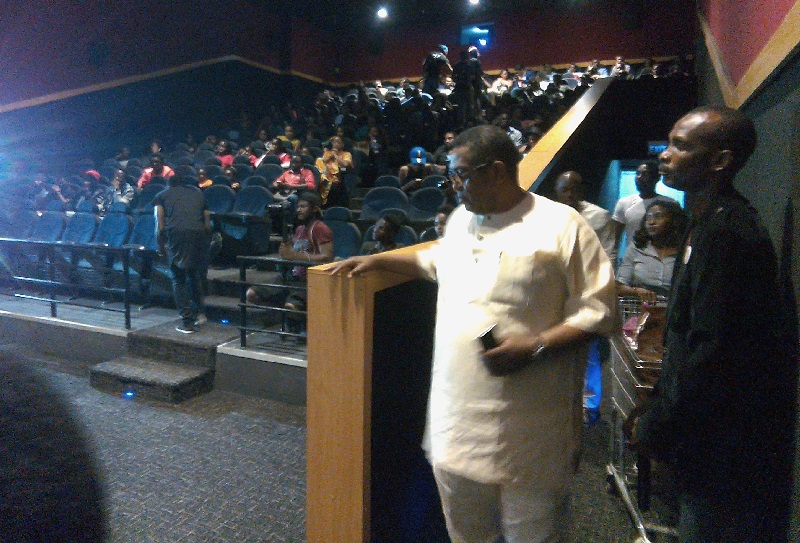 The opening ceremony for the Real Time International Film Festival held on the 25th of June, 2017, at Genesis Deluxe Cinemas, Maryland Mall. The event kicked off with a welcome note and speeches from the artistic director Stanlee Ohikhuare, Patrick Doyle and other festival coordinators. 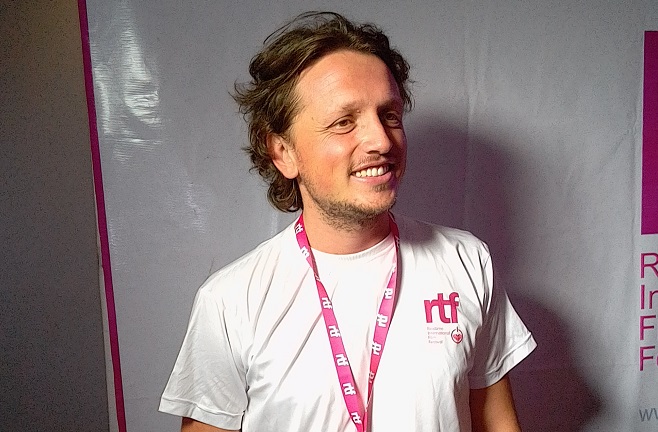 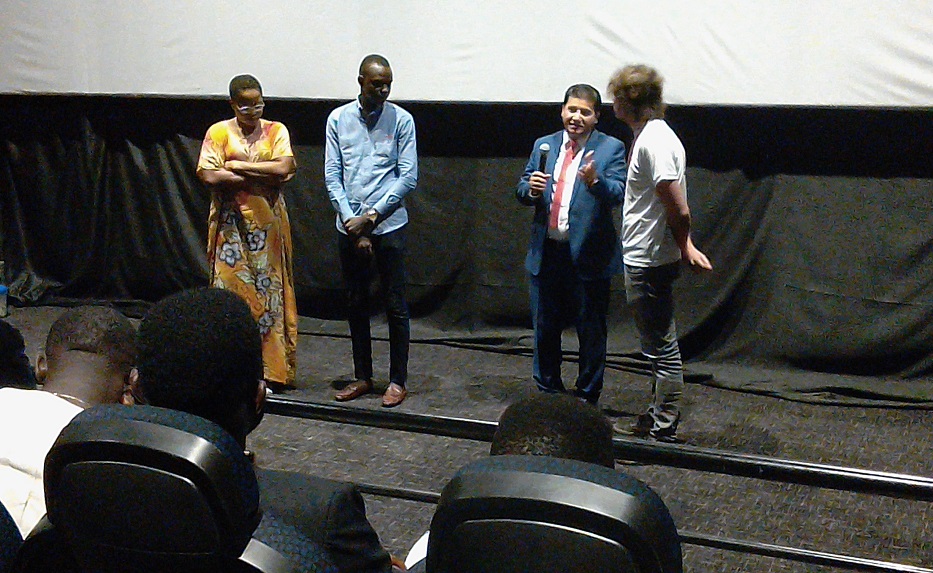 Check out the nine unique films screened at the festival:

1. Amaka’s Kin (The Women of Nollywood) 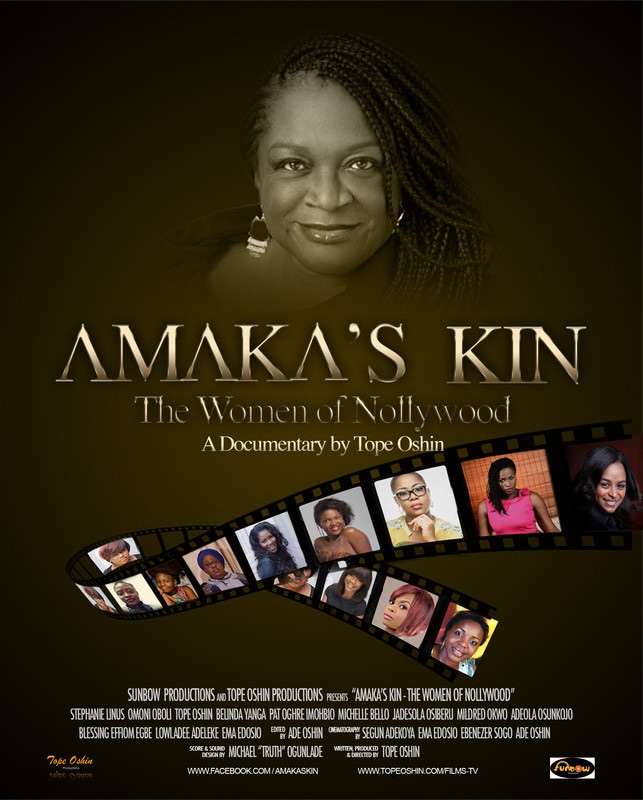 Nothing else would have been a better opening film for this festival. It was short, concise and interesting. It was a documentary on the legendary Amaka Igwe (1963-2014), an icon in Nollywood. There were moving interviews with female directors like Mildred Okwo, Omoni Oboli, Stephanie Linus and Tope Oshin (the maker and director). Amaka’s Kin chronicled stories of Nigeria’s most prominent female directors working in a male-dominated industry. 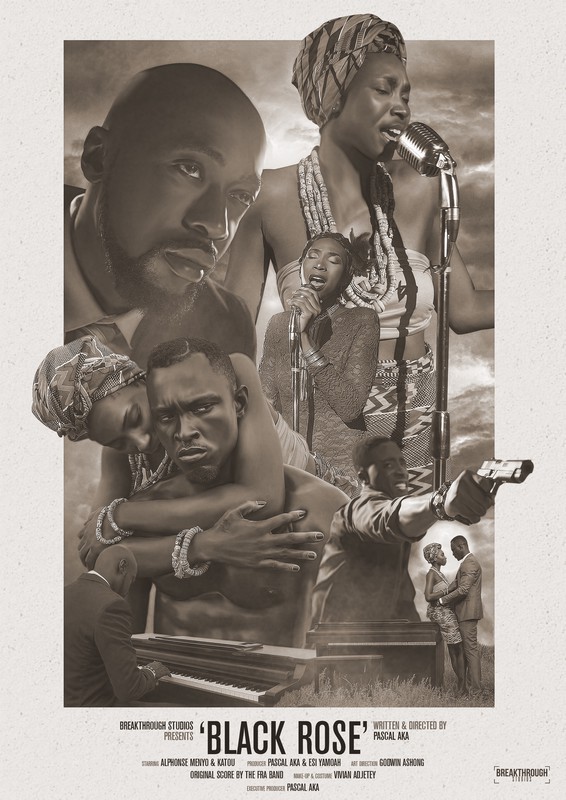 Directed by Pascal Aka from Ivory Coast, Black Rose is an African film exploring the inner thoughts and feelings of a restaurant manager seeking for a personal escape. The award winning director seeks to challenge the African norm of film-making through short films like Mr.Q, Redemption, Ghana Police and Her First Time. His works have been showcased on Much Music, CBC, Rogers TV, CNN, and many major Canadian networks. 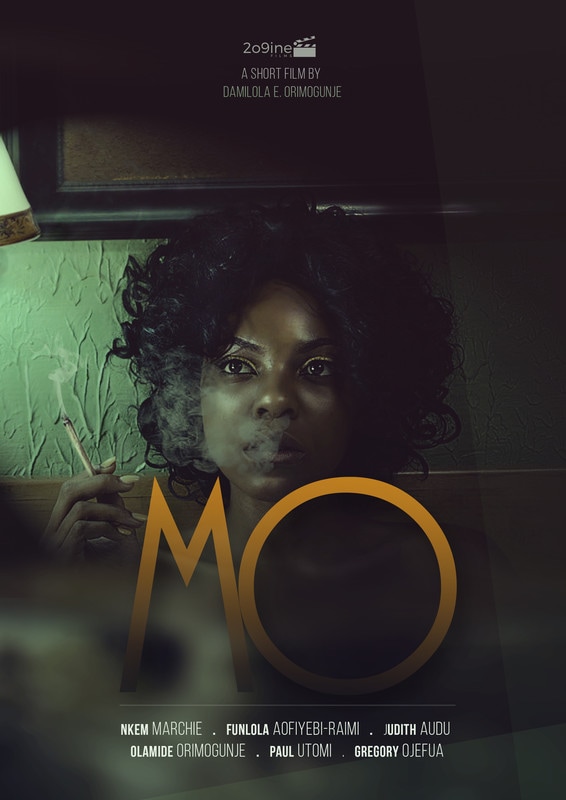 After screening a few films, kids were asked to stay outdoors for Mo, a film better better understood by adults. Mo‘s the story of a girl forced into prostitution but ready to do anything to leave the profession. The plot was easy to pick up, as it cut out a lot of crap to get to the point. The film was shot on set in Lagos and explores prostitution, fate, death, and triumph over adversity. The director, Damilola Orimogunje, is a professional writer who has written over three award-winning, good box office films in Nollywood. 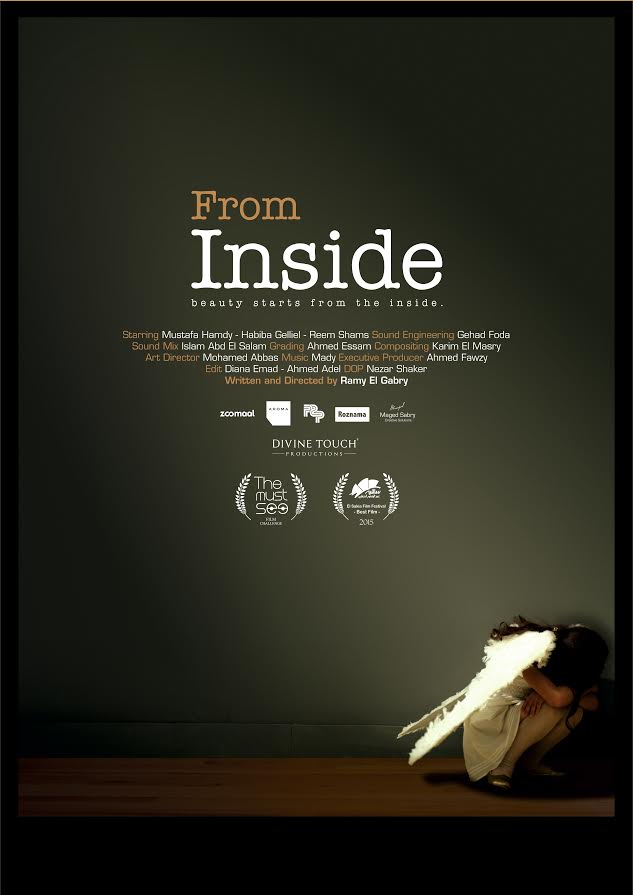 Directed by Ramy El Gabri, the film follows a group of curious youngsters at a birthday party. They sneak into an entertainer’s changing room to discover the surprise he hides behind his costume. This was a film that had all the message, as brief as it was, embedded at the very end. 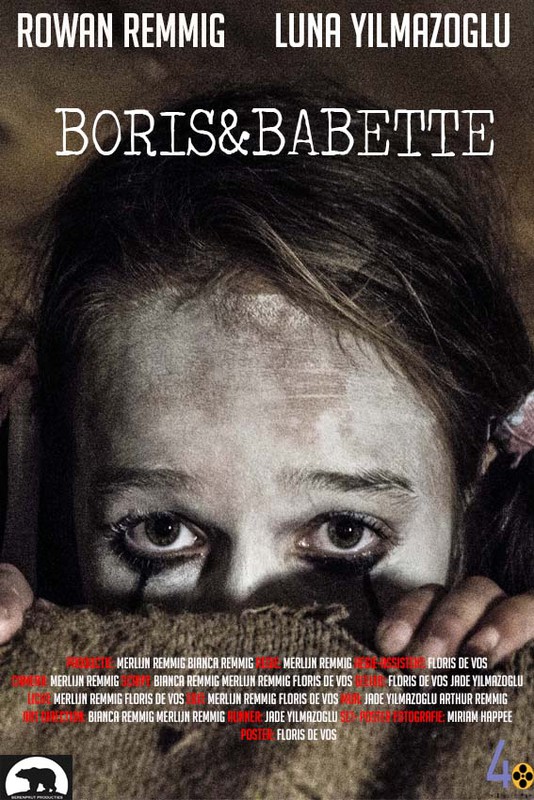 This short film was directed by Merlijn Remmig, a second year student at the Theater High School in Rotterdam. The plot centers on a writer who has trouble with writing an adventurous story, consequently boring a young character in his script. The story all turns when the young character sees a mysterious girl and suddenly finds himself on another adventure.

6. Setback of the Spirit 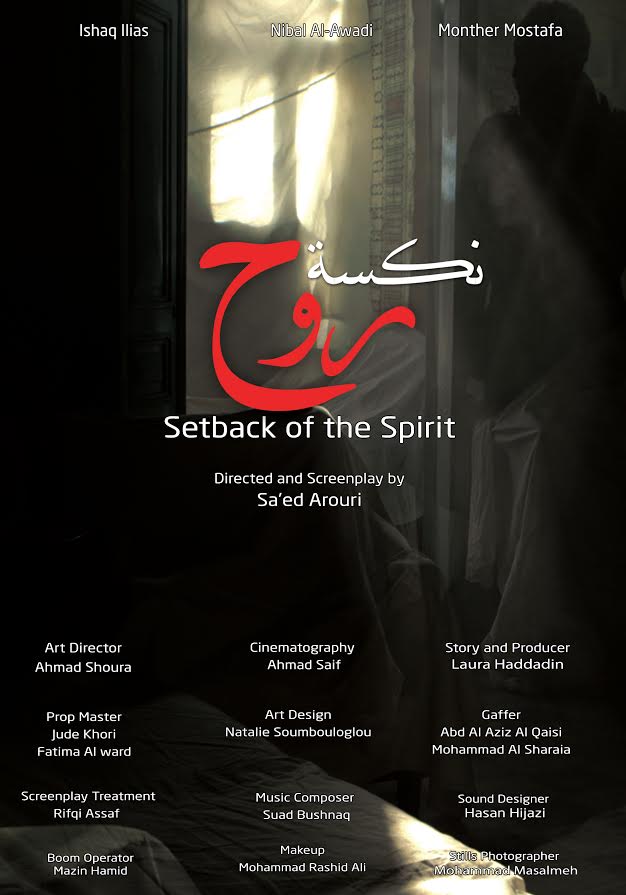 Directed by Sa’ed Arouri, the film portrays the Palestinian cause through the life of a grandparent. She returns with her grandson to one of the Palestinian cities after the demise of the occupation and finds her home exactly as she left it. Her memories of the place provides something completely unexpected. Sa’ed Arouri, the director, is a professional Video Editor with more than 12 years of experience in production and education. 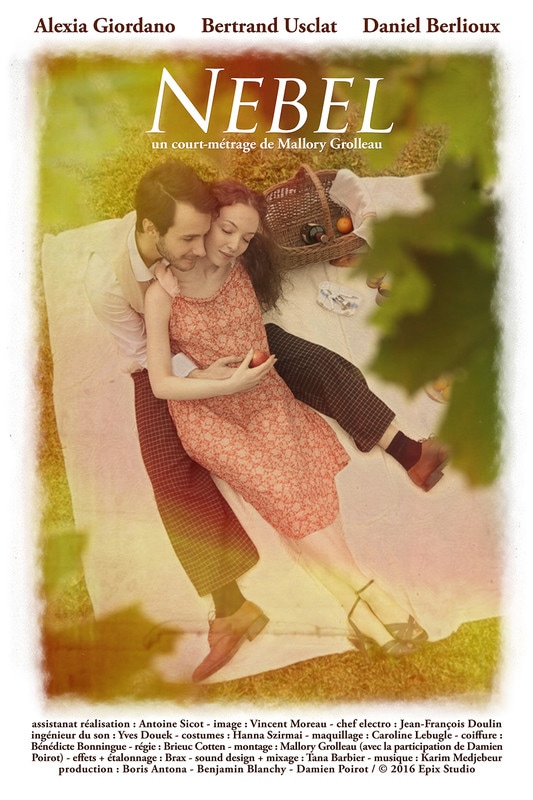 Nebel centers on an old man at the bedside of his weakened wife as he remembers the early times of their relationship. It wasn’t clear whether he was taking care of her, helping her to leave, or preparing to follow her? The film was directed by Mallory Grolleau, a filmmaker known for several clips and a historical documentary. Mallory has worked with talented actors such as Marilou Berry and Jean-Claude Dreyfus, and for major brands (Nestlé, Vinci, Valéo, HSBC, etc.) and public institutions (Moselle County Council, Regional Council of Lorraine). 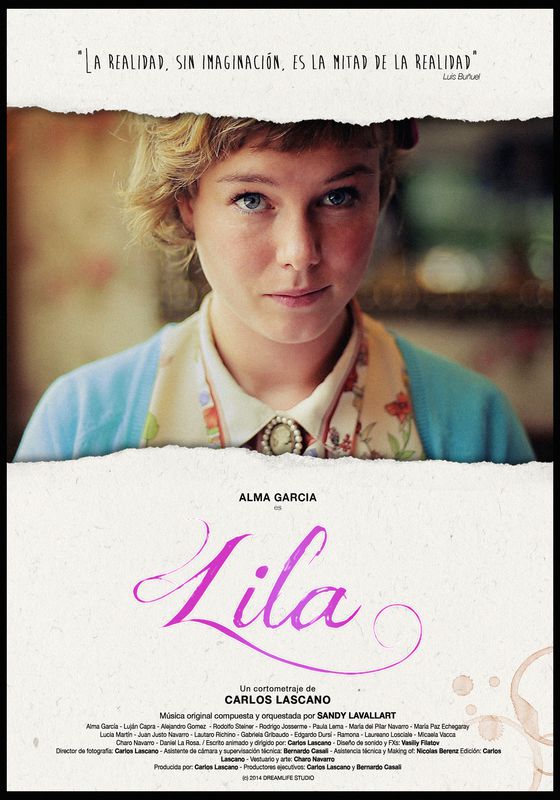 Armed with her sketchbook, Lila walks off to the world, convinced that she has the power to make it a better place. Sitting at a bar, hanging out at a park or walking down a street, Lila draws the lines that fill up the magic lost by those around her. For me the animation in Lila was everything. The director, Carlos Lascano, is one whose works I’m definitely watching more of. He’s internationally known for his other animations – A Short Love Story in Stop Motion, Shadow of Blue and The Legend of the Scarecrow. These have amassed over 9 million online views and garnered hundreds of film festival selections worldwide. 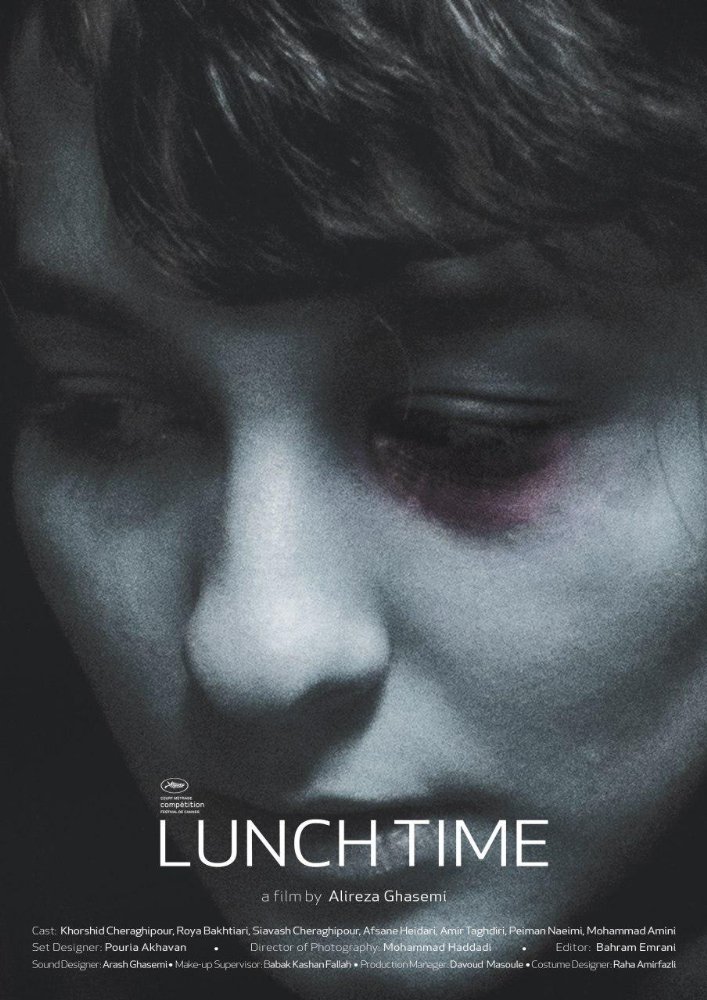 Written and directed by Alireza Ghasemi, the film centers on a 16 year old girl at a hospital to identify her mother’s body. Unfortunately, the people in charge at the hospital won’t let her into the morgue (due to her young age) and ask her to bring her guardian instead. She mournfully tells them most of her family are in jail for criminal activities and finally she’s let through. Lunch Time had it’s world premiere at the 70th Annual Cannes Film Festival this year, receiving a nomination for the Short Film Palme d’Or. The director – Alireza Ghasemi – founded the 1st Globe International Silent Film Festival in 2015. He is currently the president of the board of directors of the Globe International Silent Film Festival.

All the opening films were screened in succession, after which the various directors were invited for a discussion. Out of nine directors, three of them were available to speak on various aspects of their work. It was a brilliant event that ended with an after party at Planet One Hospitality, Maryland.

For more information on the festival, please click here.

Next Post 5 Reasons “Alter Ego” featuring Omotola Jalade- Ekeinde is on our Radar!!!