Friday, 5 Jun 2020
By Turidee - July 7, 2015
24 0
Confidence is a conversation starter any day, anytime for any gender. The need to believe in oneself and take much-deserved risk is the sermon of most motivational speakers so I was intrigue to see the new campaign advert of ‘Gulder’.
From the deep base voice, the hard-hitting instrumentals and slow motion effects, the advert does something that would make anyone in his right senses tinker, “Are we men or are we… mice (stole that from 300 part 1) 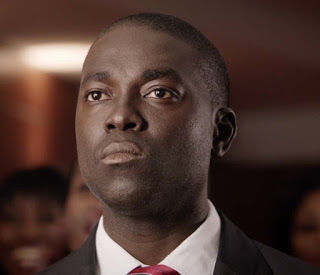 Below is their story:
They say every man ought to desire a better life but I dare say it is not enough to desire, every man must demand for a better life and to do that, a great measure of confidence is required. Confidence in oneself and one’s ability to express.
I was born and raised in the suburb area of Ajegunle, Lagos. My father, a retired police officer had seven of us and as you can imagine, it was not a pleasant experience. Many times, we took turns at several things including food ration, sleeping ( there wasn’t enough space in our one-room apartment) and even schooling. I was the last of the seven children but that did not bring me any favour, as is usually the case in several homes, instead, it doubled my portion of the house chores. Once I was eight years old, I joined my older siblings to hawk on the street. We would toil for hours running to and fro the hot roads of Lagos selling different items, most times bare foot.
But I didn’t let all of these bother me. Instead, I took the challenge and did all I could to ensure I had a better life. I saved up to buy books, saw myself through school, graduated with a First class in Mass Communication and got a job with one of the biggest financial servicing companies in Lagos. After over five years of working as an executive at the firm and helping it win countless of big pitches, I knew I could do better. I craved for a promotion, to a managerial position, at least. I took up relevant courses in management and even went for training but it just didn’t happen. My boss, whom we all feared, for some reasons I don’t know, was bent on keeping me in that spot.
Then one fateful weekend, during one of my regular evening strolls, I began to reflect on my past and how despite my poor background, I had managed to achieve all that I have. I soon realized that none of what I had would have been if I have given in to fear. “If the street didn’t kill me while growing up, my boss wouldn’t”.
With this resolve, I headed to work the next day. I shared my plans with some of my colleagues who had the same desire as me but they wouldn’t budge. Actually, they thought I had gone crazy, “You better let us continue like this. What if he gets angry and fires us?”, one of them told me. I was battle ready. I dusted my suit’s lapel (Harvey Specter style) and headed for my boss’ office. By the time, I opened the door after about 45 minutes, I did with a new appointment letter as Head, Client Service department. Guess what, he had been thinking about it too and my demand came at the right time as the present manager just got transferred to another branch.
I have since realized the place of confidence in the scheme of things. It is not enough to desire a better life, we must at every point in our lives have the confidence to refuse to settle for less than we deserve, and it starts with having the type of confidence that can bring walls down.
I am not the only one who believes in the power of confidence, my favourite beer, Gulder, does too.
No votes yet.
Please wait...