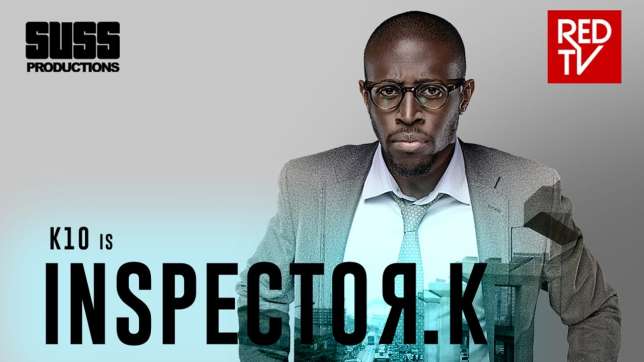 The much teased about series, Inspector K, by Red TV has made its debut.  We have watched a number of teasers, and we have finally watched the first episode.

For every new series, the first episode (the pilot) determines if the viewers are going to keep watching, in the case of web series, it decides if viewers will keep clicking for new episodes. The first season of Inspector K is nothing short of spectacular. It keeps us eager to see the follow-up episodes.

The series starts at an after party of an event. We see young and famous individuals party the night off. A blogger arrives the party to accusations.  She is stopped at the entrance by the security, but obviously, there a few people afraid of her and so an organizer lets her in. She meets a few friends that accuse her of manipulating stories for the sake of traffic for her blog. First is Milani (Makida Moka) who is obsessed with her selfie stick, and seems to be a social media butterfly. Milani accuses the blogger of writing false stories about her. Milani is consoled after she realizes how many new followers the fake story gained her on social media. Milani is excited by this and she lets it pass. Almost immediately, there is another attack on the blogger, this time, a guest intentionally splashes a drink on her. When she goes to change her dress, she is murdered. Who murdered the blogger?

That is where Inspector K comes in. His arrival is teased by his colleagues, Officer Gamber (Demilade Olubanwo) and Officer Nathaniel (Ani Iyoho). When he finally arrives, we understand the essence of the series. Inspector K played by Koye Kekere-Ekun is a weird man, also funny and yet he seems exceptionally intelligent. He has helped the police force to find offenders over and over again. His method of finding offenders is strange, and we experience this in the first scene. He starts by sniffing the dead body and even tasting a liquid that was spilled on the dead body. He divides the crowd at the party into two and what we expect in the follow-up episodes is how he goes after each of them to find the murderer.

Inspector K packs on exceptionally comedic and beautiful actors. In the first episode alone, they serve good humor. The cinematographer does an exceptional job, especially in the scenes where he teases the arrival of Inspector K. Exceptional shots to define the importance of his arrival are taken and it keeps us wanting more.

The First episode of Inspector K teases a lot of comedy, lots of secrets, and lots of intelligent acting. As the series progresses we will follow it and give you a final verdict.

You can catch Inspector K on Red TV’s YouTube channel.

The pilot episode scores a 7/10 from Xplore.