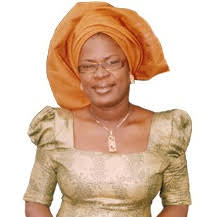 The Nollywood Studies Centre of the School of Media & Communication Studies, Pan Atlantic University will hold its Filmmakers Forum series this Saturday, March 19th with Iyen Agbonifo- Obaseki the President of the Creative Designer’s Guild of Nigeria.

With experience spanning over two decades in the industry, Iyen has featured as Costume Designer  in major movies like the award-winning epic movie Igodo, and Adesuwa, for which she received an Achievement in Costume Design (AMAA Awards) 2012. She has also featured as the Artistic Director in Invasion 1897 and was the Costume Designer for Nigeria’s Drama Presentation at the 2012 London Olympics.

Agbonifo- Obaseki will be speaking on the topic – Two Decades of being a Costume Designer and Make -up Artist: The Challenges of the Profession”. The session will include a short practical demonstration on film makeup, which should be of particular interest for upcoming make-up artists.

The session will hold this Saturday, 19th of March at  3.00pm, venue is No. 2 Ahmed Onibudo Street ( Former School of Media and Communication, Pan-Atlantic University) Off Adeola Hopewell Street, opposite Nigerian Law School, Victoria Island, Lagos